Schutt Sports, a leading manufacturer of football and lacrosse helmets, and Brain Sentry, a leader in the emerging wearable impact sensor market, today announced that Schutt will offer sensor-enhanced football helmets starting with the 2015 season.

The sensor technology is designed to assist coaches in the objective identification of athletes whose technique involves excessive head/helmet contact. Selling for a manufacturers’ suggested retail price of $40, the sensors will be available from Schutt Sports for installation on Schutt helmets at the company’s factory in Salem IL or at its reconditioning facility in Easton, PA. Both new and reconditioned Schutt helmets with the Brain Sentry sensors will be certified to NOCSAE helmet safety standards.

“We’ve been evaluating impact sensor technology as a potential enhancement to our helmets for the past several years,” said Robert Erb, President and CEO of Schutt. “We’ve concluded that Brain Sentry’s award-winning and patented technology is the best in the market right now. It’s easy to use, accurate and affordable. The time is right for us to embrace sensor technology and we’re happy to have Brain Sentry as a partner.” Erb noted the great strides in improving the safety of football with renewed focus on proper tackling and blocking technique. Schutt helmets equipped with Brain Sentry impact counting sensors will accelerate this positive trend.

“Schutt has a long history of leadership in the development of sport safety equipment. They created the first football faceguard in 1935 and now, in 2015, they are introducing the first practical sensor-enhanced smart helmet,” said Greg Merril, CEO, Brain Sentry, Inc. “We are honored to supply Schutt with our impact sensor technology, and we are extremely pleased that sensor-enhanced Schutt helmets will be available in time for the 2015 football season.”

Brain Sentry sensors and technology will be incorporated onto top performing Schutt helmets like the Vengeance VTD and AiR XP Pro VTD, two of the top three scoring helmets in the Virginia Tech STAR ratings system. The combined technologies can only improve the performance of helmets.

“The era of dumb helmets, in which coaches and trainers have no clue how many impacts that brain inside that helmet has sustained, is quickly coming to an end,” said Julian Bailes, MD, in a recent interview published by Brain Sentry. The neurosurgeon, neurological advisor to the NFL Players Association, neurological advisor to the NCAA, Arena Football League Concussion Task Force member, and medical director of Pop Warner Youth Football added in the same interview: “I think sensors are a big part of the solution for the sport.”

“Impact sensors have become a critically valuable tool enabling football coaches, at every level, to objectively know if their players are adhering to proper heads-up tackling. Research over the past ten years has established that frequent head impacts are a risk factor for brain injury,” said Wayne Olan, MD, neurosurgeon, supporting physician for numerous professional sports teams and advisor to Brain Sentry. “Schutt and Brain Sentry bring together the best helmet and the best sensor technology currently available  this is a powerful combination and a big step in the evolution of safer football.”

Brain Sentry’s advanced sensor technology includes a microelectromechanical, triaxial accelerometer capable of measuring acceleration from any direction. The sensor-enhanced Schutt helmets will count each time the helmet experiences accelerations or decelerations at or above 20g (+/- 2g) as estimated at the center of gravity of the player’s head. The enhanced DAS (Directionally Adaptive Sensing) technology inside each of the Brain Sentry sensors is designed to provide a consistent impact count  regardless of the direction of the impact.

Coaches and players will be able to use the data and feedback from the sensor-enhanced helmets to identify players who need additional training on proper tackling technique. The sensor can also serve as “another pair of eyes” for trainers and coaches in identifying players who may need to be assessed for concussion.

Each of the lightweight sensors weighs only one ounce and affixes to the back of the helmet. The sensor requires no maintenance, is waterproof and the batteries will last an entire season without charging. Brain Sentry sensors, like Schutt football helmets, are made in the USA.

Brain Sentry sensors are currently used by thousands of football, lacrosse and hockey players. The sensors are utilized by the Arena Football League and many other organizations around the country.

Over 36 percent of the players in the NFL wear Schutt helmets, including over 50 percent of the skill position players. Schutt Sports is also the Official Base Supplier to Major League Baseball and is the largest domestic maker of batters helmets in the USA.

Named a Top Startup of the Year in 2013 by The Wall Street Journal, Brain Sentry is privately held and headquartered in Bethesda, MD. The company, which was founded by a team of award-winning health-related product developers, is the official sensor provider for the Arena Football League.  In December 2014, Brain Sentry, Inc. acquired from Johns Hopkins University an exclusive license for US Patent No. 5,978,972. This patent represents a pivotal enabling concept for wearable sensors in that it describes the use of accelerometers attached to a body part to measure acceleration during physical activity.

Brain Sentry is also developing sensors for biking, alpine, and other helmeted activities. 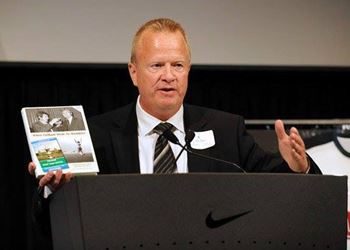 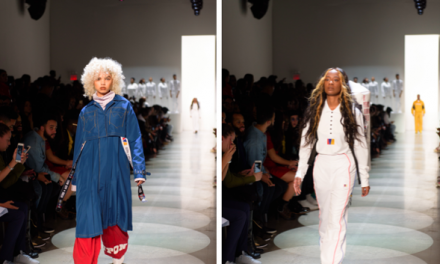 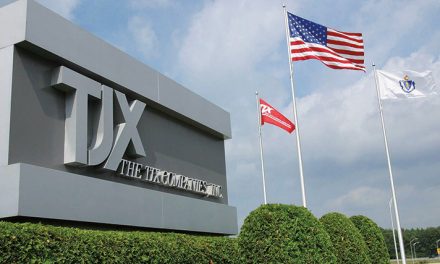