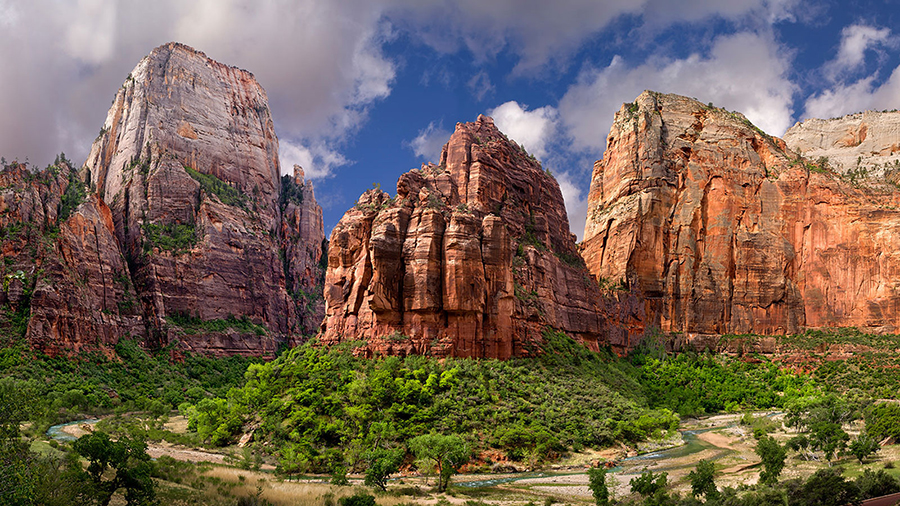 Zion National Park is the third most visited national park behind the Great Smoky Mountains and Grand Canyon. Zion is so popular that the crowds that come to enjoy the incredible beauty of the red twisting canyons and awe-inspiring vistas may be regulated to minimize the impact on the park’s delicate ecosystem. 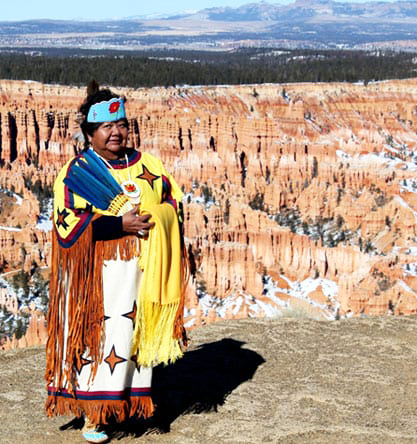 History Of The Park
Before the arrival of Mormon settlers in the mid-1800s, the area belonged to the Southern Paiute Indians who called the park “Mukuntuweap” or “straight canyon” referencing the intricate network of slot canyon walls created over millions of years.

Successfully the Mormons settled the area and history tells us that, although their relationship with the Paiute Indians was mostly peaceful, the Mormons were aggressive with their agricultural methods and encroached on the Paiute Indians’ traditional way of life that forced them to move south.

The Mormons flourished in the region, without the Paiute, and the appeal and notoriety of the area grew.

When renown painter of the time, Frederick S. Dellenbaugh, showed his paintings of the area at the 1904 work St. Louis World’s Fair, the nation took notice and celebrated it with Dellenbaugh and the Mormans.

In 1909, President Taft named the area Mukuntuweap National Monument in tribute to the Paiute Indians; however, the Mormons and The Church of Jesus Christ of Latter-Day Saints were against it and in 1918 the acting Park Director, Horace Albright, sided with the locals who favored “Zion” — to describe the natural temples of rock and stone. He took their complaint to President Woodrow Wilson who renamed the park Zion National Monument, and in 1919 redesignated it as “Zion National Park.”

Today the federal government formally recognizes the Paiute Indian Tribe of Utah as an Indian Tribe located within the boundaries of the PITU Tribal Reservation. The PITU Reservation consists of ten separate land parcels located in four southwestern Utah counties. As of December 31, 2018, the total number of tribal members among the five constituent bands was 921.

November is Native American Heritage Month when we celebrate Natives and their contribution to the world. In recognition of the season and Zion National Park’s 100th Anniversary, let’s remember the Paiute Indians who call this their ancestral home.