Yue Yuen Industrial Holdings Limited total turnover rose year on year by 17.2% to approximately $2.74 billion and profit attributable to equity holders of the Company increased year on year by 17.2% to approximately
$266 million. Total footwear production volume for the nine-month period amounted to 150.8 million pairs, an increase of 6.3% compared with the corresponding period last year.

During the period under review, the Group recorded sustained sales growth in light of the increase of
its footwear manufacturing business and strong contributions from its Greater China wholesale and
retail operations. The operating environment for the manufacturing business was affected by buoyant
material prices and rising labor costs. Nonetheless, total sales from China wholesale and retail
operations recorded a 100% increase year on year and this helps offset some of the uncertainties in
the overall increase in operating costs.

In July and August of 2006, aggregate sales amounted to about $616 million, which represented an increase of 12.2% year on year. The business is expected to remain stable for the rest of the year while the Groups capacity expansion plan for its three existing production bases is now on schedule. The Group is committed to further expanding its China wholesale and retail sales network
heading towards the target of establishing at least 1,000 shops/counters by 2008.

Mr. Tsai Chi Neng, Chairman of the Group, said, “With the solid sales growth delivered in the first
nine months of the year, the Group is well positioned to carry forward its long term growth strategy
in both the manufacturing operations as well as its retail operations in China.” 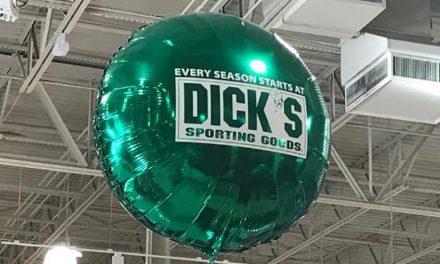