Wolverine Worldwide Inc. announced a significant update on its ongoing PFAS/environmental exposures in the state of Michigan. The agreement, which will be finalized for approval, calls for Wolverine to pay $69.5 million over five years to cover the cost of extending new municipal water to affected areas.

The $69.5 million represents an increase from the original $31 million reserve associated with the issue.

In a statement, Wolverine said the extension is expected to provide municipal water to more than 1,000 properties in Plainfield and Algoma Townships, and are reflected in a tentative agreement reached by Wolverine Worldwide, the State of Michigan, and Plainfield and Algoma Townships. Wolverine also detailed several steps the company has taken and will continue to take to resolve the issue.

“Wolverine Worldwide has been part of this community for almost 140 years, and we are committed to being part of water quality solutions for our friends, families, and neighbors in the years to come,” said Blake W. Krueger, Chairman, Chief Executive Officer, and President of Wolverine Worldwide. “That’s why we took fast, proactive steps from the very beginning, and that’s also why we are taking the additional steps being announced today to fund the extension of municipal water to more than 1,000 properties and continue our environmental remediation efforts.”

Wolverine’s actions represent a comprehensive approach to addressing PFAS that is the first of its kind in the State of Michigan, and sets an extremely high standard for the entire country. These actions and approach have been agreed to by the Michigan Department of Environment, Great Lakes, and Energy (EGLE), formerly known as the Michigan Department of Environmental Quality (MDEQ).

The details of the plan include Wolverine providing $69.5 million over a multi-year period towards an extension of Plainfield Township’s municipal water system to more than 1,000 properties in Algoma and Plainfield Townships, including all hookup and connection fees that homeowners typically pay on their own. Wolverine’s financial contribution will also be used to help fund the Township’s planned construction of a permanent PFAS filtration system and a new municipal well field.

Plainfield Township will manage the construction of the municipal water extension, which is expected to begin in 2020. The project will take at least five years to complete and will ultimately provide municipal water to the properties shown on the attached map.

In addition to funding an extension of municipal water, the agreement provides that Wolverine will continue to maintain the highly effective filters it has installed for certain homeowners not receiving municipal water. Wolverine will also continue the cleanup and remediation efforts it began earlier this fall around its former tannery and House Street sites in cooperation with the EPA, and will complete the installation of a filtration system to capture and treat groundwater at the tannery site for PFAS before it reaches the Rogue River.

Wolverine’s Actions Expected to Have Significant Beneficial Impact on Litigation

The tentative agreement between Wolverine, State of Michigan, Plainfield Township, and Algoma Township is now being finalized and documented in a formal consent decree that the parties are working diligently to complete by the end of this year. This decree must then be approved by U.S. District Judge Janet T. Neff, which will resolve the pending litigation between Wolverine, the State, and the two townships.

Wolverine continues to vigorously defend itself against litigation filed by some area residents. These plaintiffs and their attorneys played no role in developing the municipal water solution or other actions announced today, but they will benefit from them. As a result, Wolverine believes its actions will have a significant impact on, and potentially lead to the resolution of, these lawsuits.

Wolverine’s litigation against 3M, the manufacturer of Scotchgard, is ongoing and the parties continue to engage in mediation discussions. Also, Wolverine is vigorously pursuing recoveries in court from its insurers, who played no role in the actions announced today and have yet to honor the policies they issued to Wolverine.

For additional details on the comprehensive plan and actions being announced today, please refer to the attached Frequently Asked Questions at the end of the Wolverine’s statement.

An audio message from Blake W. Krueger, Chairman, Chief Executive Officer, and President of Wolverine Worldwide, about this announcement is available at the Company’s blog, www.WeAreWolverine.com. This message is also available at the “Investor Relations” tab of www.WolverineWorldWide.com by clicking on “Webcasts & Presentations.”

Over the coming months, Wolverine said it will continue working hard every day on behalf of its friends, families, and neighbors in the community, while collaborating with regulators on next steps.

NSGA: Sporting Goods Sales to Be Flat in 2008 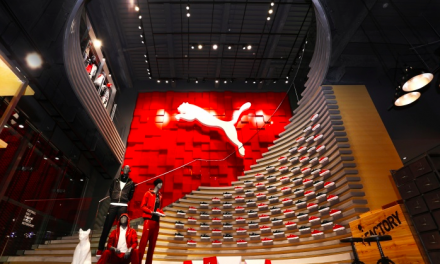