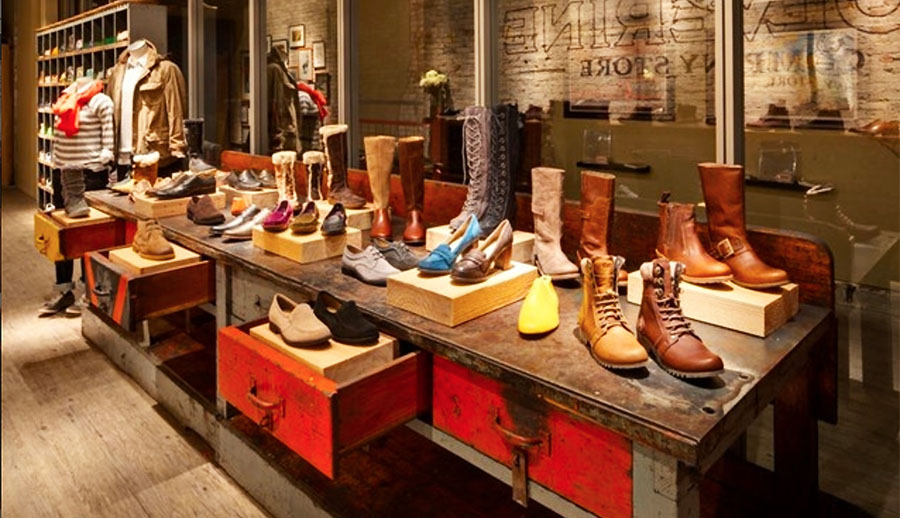 Wolverine Worldwide reported first-quarter sales tumbled 16 percent as business in March evaporated due to COVID-19. But company officials said they have quickly embraced a six-point plan to accelerate online sales and help it generate $150 million to $200 million of operating cash flow in 2020.

“At the very onset of the current crisis, we divided our plans and responses into three timeframes: the next 90 days, the remainder of 2020 and 2021 forward,” said Blake Krueger, chairman, CEO and president, on a conference call with analysts.

A playbook was developed embracing six “fundamental steps of action,” including:

Krueger said, “This approach has certainly helped us make fast decisions and guided our action plans over the last six weeks. We continue to reassess our playbook each week and will undoubtedly be modifying and tweaking it over time.”

On the positive side, Krueger said Wolverine’s supply chain is fully operational, including distribution centers around the world. Online sales grew 17.5 percent in the first quarter and vaulted more than 100 percent in the last two weeks as the pandemic has raced across the U.S. Sales of Wolverine products on third-party sites have likewise been “performing very well.”

With its strength, Wolverine’s combined U.S. online business, including its own and third-party sites, is now expected to grow to represent between 50 percent and 60 percent of its U.S. revenue in 2020, up from about 40 percent in 2019.

But many of the steps Wolverine is taking have focused on adding more agility to its operational model and bolstering its financial strength.

Krueger said Wolverine has moved to create a flatter organization design by removing group hierarchy that reduced overhead costs while also enhancing its ability to react quickly in uncertain times. Inventory flow was adjusted in line with expected future demand.

On the cost front, management took salary reductions in the range of 25 percent to 35 percent with Krueger himself taking a 50 percent reduction. Director’s compensation was also significantly reduced. Stock awards have been distributed to a broad range of management employees as incentives.

Some employees at stores and offices were furloughed in light of shutdowns across much of retail. Said Krueger, “Most of the furloughs are short term, or locational in nature.”

Krueger said the moves have positioned the company to “once again deliver healthy operating cash flow in 2020” and to be able to “act and adapt quickly” to challenges and take advantage of opportunities.

The CEO said, “There will be plenty of market share and other opportunities as the pandemic subsides. And we expect to emerge from these events an even stronger company poised to take advantage of these opportunities.”

Said Krueger, “These results reflect the downturn in our business during March which was driven by the pandemic. Leading up to that point, our revenue and earnings were trending in line with our expectations for the quarter.”

In the Wolverine Michigan group, reported revenue was down 18.1 percent year-over-year and declined 17.6 percent on a constant-currency basis, reflecting the impact of the pandemic.

Following mid-teen growth in Q4, Merrell started the quarter on track with expectations but finished down low double-digits as March business softened. The Wolverine brand was down high-teens and Cat was down double-digits, but both took significant market share during the quarter in the U.S. work category.

Chaco was also down double-digits, and smaller brands in the Michigan group (Bates, Harley-Davidson, Hush Puppies, and HyTest) also saw declines related to the pandemic.

Merrell saw strength overall, similar to the fourth quarter, in January and February. Merrell.com grew nearly 25 percent in the quarter, and sales are up triple-digits so far in the second quarter. New products such as the Bravado sneaker-hiker hybrid style in the performance category and the Juno sandal in the lifestyle segment is helping drive the growth.

Wolverine, Cat and Chaco are also seeing strong double-digit online momentum in the current quarter. On wolverine.com, the I-90 Duroshocks outperformed the brand’s expectations and has become a top seller. On chaco.com, Chillos became the brand’s biggest launch in several years.

In the Wolverine Boston Group, reported revenue was down 11.1 percent and declined 10.6 percent on a constant-currency basis.

Coming off mid-teens growth in Q4, Sperry finished down double-digits in the first quarter, while Saucony was able to deliver double-digit growth. Krueger said Saucony’s performance, despite the tough environment, provides “further evidence that the brand has regained its momentum.”

Sperry’s direct-to-consumer (DTC) business was up high-single-digits in the quarter with growth online and at stores. Sperry’s new Plush Wave technology has received a good response. The brand’s partnership with John Legend just launched and is “beginning to create excitement in key categories.”

Saucony was the company’s top-performing brand in the quarter with gains driven by launches of Triumph 17 and Guide 13 that both utilize the brand’s new Power Run Plus midsole-cushioning technology. A healthier distribution strategy and sales mix resulted in a “meaningful triple-digit basis point expansion of gross margins for the Saucony brand,” said Krueger.

Inventory at the end of the quarter was up 8.4 percent versus the prior-year and, excluding new businesses, was up 5.2 percent.

Cash used in operating activities in the quarter was $76.6 million, compared to $132.4 million the prior year. Cash on-hand at the end of the first quarter was $472.6 million.

Mike Stornant, SVP and CFO, detailed steps Wolverine has taken to prioritize liquidity, cash preservation and asset management in response to the current environment.  Over $500 million in cash preservation initiatives have been implemented, which are now expected to enable the company to generate $150 million to $200 million of operating cash flow in 2020.  The key initiatives include:

Said Stornant, “Based on our current projections, we expect to be well within our leverage ratio requirement and in full compliance on current debt covenants for the remainder of the year.”

Wolverine said it wouldn’t be providing an update to guidance for the year due to the uncertainty created by the pandemic.

Looking ahead with insights into recovery seen in markets such as China and certain countries in Europe, Krueger expects the U.S. recovery will be gradual with various states and regions reopening on somewhat different timetables, and with certain industries and businesses returning to work before others.

Regardless, Krueger expects consumer behavior and shopping preferences will shift.

“Consumers have started to spend even more time online, and our brands were able to pivot quickly to engage them digitally, providing a way to shop online, but also authentically connecting with them to build stronger long term affinity,” said Krueger.

The company has prioritized full-price selling in its own e-commerce business, with a focus on improved newness and storytelling to capture the consumers’ interest during their increased time at home and online.

Krueger also believes that being brand owners provides Wolverine with “a distinct advantage,” particularly with products that reach “an accessible price point.” He added, “In this dramatically changed environment, we are fortunate to have many brands focused on health and wellness, outdoor running activities, and home comfort.”

Wolverine also expects to benefit from its diversified business model across brands, broad geographic reach and no single wholesale channel representing more than 15 percent of the total.

The CEO said, “Our diversified portfolio, brand product categories and channels of distribution, coupled with our broad geographic reach, all serve to mitigate risk, and a relatively low-cost structure and nimble supply chain provides significant efficiency and flexibility to adjust in times like these. The company is on strong footing to face the challenges of the near term, and to win as the new normal develops.”