Wolverine Worldwide announced several key organizational moves to drive its future growth and global brand building following its October 2012 acquisition of the Performance & Lifestyle Group (PLG).  The company will migrate from four to three brand Operating Groups with Ted Gedra, Mark Neal, and Jim Zwiers leading the new Operating Groups. Gregg Ribatt, former CEO and president of the Performance & Lifestyle Group, will be leaving the company to pursue other opportunities.

“The acquisition of the Performance & Lifestyle Group has been transformational for our company and has created many new opportunities for global growth, brand building, and operational excellence,” said Blake W. Krueger, Wolverine Worldwide chairman and CEO. “Today, we are taking important steps to better align the team and realize our vision of having the best brands, products, operating platform, and consumer experiences in the industry.”

To accelerate the company’s global growth initiatives and brand-building efforts, the company will be organized into three Operating Groups-each led by a group president:

“These organizational changes represent a significant step forward for our company following the acquisition of PLG,” continued Krueger. “We have one of the most dynamic brand portfolios in the world today, a proven business model focused on driving top and bottom line growth, and one of the deepest and best management teams in the industry.”

The company also announced that Gregg Ribatt, former CEO and President of the Performance & Lifestyle Group, will be leaving the company to pursue other opportunities outside the industry following a transition period during which he will help migrate the business to the new organization structure. Commenting on the move, Krueger stated, “In five years with PLG, Gregg has done an excellent job leading PLG strategy and assembling an exceptional team of leaders that has driven these brands to the levels of success they are achieving today, and we thank him for his accomplishments.  We are confident that this new organizational structure and the Operating Groups newly appointed leaders will help accelerate the global performance of the former PLG brands.”

Krueger concluded, “Our company has a track record of consistent performance, operational excellence, and building brands on a global basis.  The moves today represent one more step in our evolution as the world’s leading and most-loved portfolio of brands.  Our global team of over 8,000 associates is energized and focused on long-term growth and success, and I couldnt be more excited about the future of our company.”

The new Wolverine Worldwide Operating Groups are listed below: 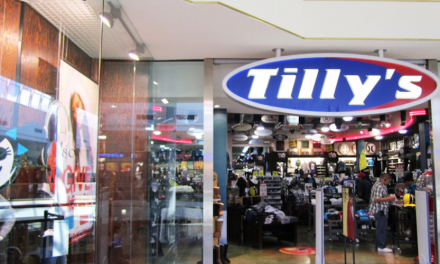