Wolverine World Wide saw a much more balanced growth trend in its brand portfolio in the second quarter, posting good increases across the board with the exception of Wolverine boot sales and CAT footwear. Total sales for the quarter increased 8.0% to $198.8 million from $184.0 million in the year-ago period. North America wholesale sales were up 4.0% for the period, while European sales were down 0.8%, despite a 1.5% gain attributed to the stronger Euro.
Net income was up 18.4% to $11.0 million, or 27 cents per share, compared to $9.3 million, or 23 cents per share in the year-ago period.

Tim ODonovan, WWW president and CEO, said he was pleased with the quality of the revenue growth in Q2. He said that sales of close-outs and discontinued product were reduced by $2.8 million versus Q2 last year. The shift obviously helped the gross margin line as well, as fewer markdowns and a higher percentage of full-margin sales helped drive gross margin up 230 basis points to 38.0% of sales in the quarter. The upside in the GM was also helped by a 50 basis point hit last year due to the closure of a plant in Mexico.

The Hush Puppies business had a low double-digit increase in sales for the period, with “very strong” results coming out of the U.K. HP sales were up low single-digits in the U.S. and were up mid-single-digits in Canada and Other International markets. WWW said the average selling price for HP product was up almost 10% in the first half.

The Wolverine Footwear group saw a mid-single-digit sales gain in the quarter, with increases in the Bates uniform footwear and Harley-Davidson footwear businesses and a strong military demand more than offsetting a decline in the Wolverine boot business. The Wolverine shortfall was blamed on the “inability to meet demand” for some key styles. The company said they had a low-double-digit increase in order backlog at the division at the end of the quarter that will help them post a healthier back half.

The Caterpillar footwear business was down in the mid-teens in the quarter, due primarily to “weakness in the European business”. WWW said that first half sales in the U.S. were “up modestly” and characterized the international distributor business was “quite strong”.

The Outdoor group, which includes Merrell and Sebago, continues to be the companys “major growth driver”.

Merrell sales were up approximately 11% in the period and profits were said to be “up significantly”. Merrell sales in the quarter were up double-digits in both the U.S. and Europe, but were down mid-single-digits in Canada, which represents about 7% to 8% of total sales for the brand. Europe growth outpaced U.S. growth in the first half and is still expected to be the the fastest-growing part of the business for the foreseeable future.

The gains were said to be fueled by the multi-sport fashion athletic and sandal categories. The company said the saw “significant sales gains” at REI, Nordstrom, Galyans and Cabelas. The previously-announced Finish Line test for 50 stores will now happen in the fourth quarter.
Backlog was said to be in the upper-tens across most regions of the world.

The brand rolled out additional shop-in-shop programs during the quarter, bringing the total number of shops to 100. They plan to add another 35 shops in the back half.

While Merrell has had tremendous success in the lifestyle and casual market, they have mixed results in building a strong performance business. They revealed a new concept called the “Continuum” project, which divides the line into two distinct segments. Outventure is the umbrella for performance product and Transit is the new platform for the casual end of the business. To focus on performance needs, the company has divided Outventure into five solos of focus: Hiking, Multi-sport, Active Speed, Chameleon, and Aqua Sports.

At Sebago, the company said they are ahead of their plans for the business in the first half and posted a 4% sales gain in the second quarter. The remainder of the Sebago manufacturing operation was consolidated into the companys Dominican Republic facilities during the quarter, completing the integration that started last November.

The company is now turning their attention to product for the brand, which will features a Marine Athletic offering, a Womens program, a new gore-Tex initiative for Q4 delivery, as well as updated Boat Shoe and Dress Casual collections.

A 17% increase in backlog at the end of the second quarter is expected to help deliver the companys previous guidance of $960 million to $980 million. They are projecting mid- to upper-single-digit sales increases in the back half to hit the number. GM is expected to “moderate” in the back half, with increases in the 30 to 40 basis point range. They see full year EPS in the $1.44 to $1.52 range per share, a 13% to 20% increase over the $1.27 delivered in fiscal 2003.

Marc Ecko To Auction Off Bonds Ball to Public 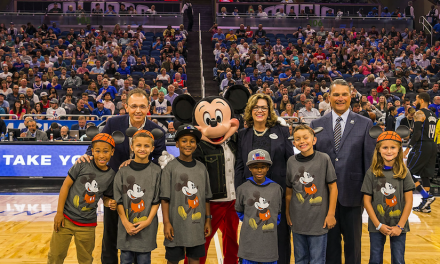