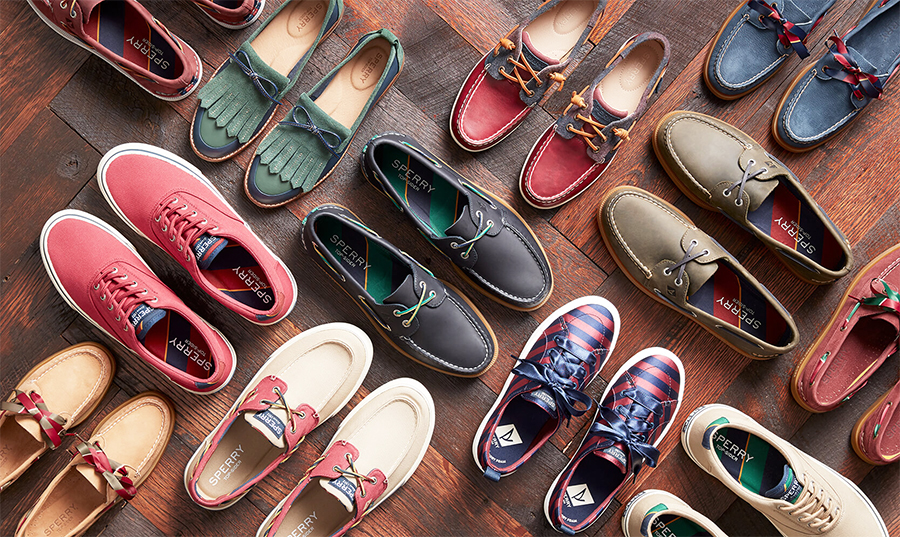 Wolverine World Wide reported second-quarter earnings that exceeded expectations but sales came in short and full-year guidance for revenues, gross margins and operating margins were reduced. On the bright side, Wolverine still expects revenues to accelerate in the second half as the company’s three largest brands, Merrell, Sperry and Saucony, combined expand 10 percent.

In the quarter ended June 29, revenue inched up 0.3 percent to $568.6 million or grew 1.1 percent on a currency-neutral basis. Revenues were below internal plans that called for low-single-digit growth and missed Wall Street’s consensus target of $575.2 million.

Reported gross margin of 40.5 percent, is in line with expectations but down 80 basis points from the prior year. This was mostly related to an unfavorable mix and higher closeout costs that weren’t fully offset by the favorable impact of strong growth and a higher gross-margin, direct-to-consumer (DTC) businesses.

Adjusted SG&A expenses of $167.3 million were up only $4 million compared to last year and benefited from disciplined discretionary spending and lower incentive compensation costs.

Reported earnings slumped 27.3 percent to $40.2 million, or 45 cents a share, but included the impact of environmental-related costs and certain business development expenses. On an adjusted basis, earnings were down slightly to 52 cents a share from 54 cents a year ago and topped guidance of 50 cents.

On a conference call with analysts, Blake Krueger, CEO, said the sales shortfall reflected a slow start to spring in the U.S. that was impacted by the weather and had impacted the Chaco sandal brand. Inconsistent at-once order trends and some volatility in a few international markets also held back growth.

But Krueger said four of the company’s top five brands met or exceeded revenue expectations going into the quarter, and the company is on plan to deliver mid-single-digit organic growth for 2019. He said, “Q2 did not meet our longer-term goal, but momentum is building and our brands are poised for a much better second half topline performance.”

In the Wolverine Michigan Group, sales in the quarter expanded 2.4 percent to $318.2 million and increased 1.3 percent on a currency-neutral basis. Merrell grew mid-single digits exceeding expectations. Cat had another strong quarter, climbing almost 25 percent, while Hytest also saw gains. Declines were seen by the Wolverine brand and some smaller brands, including Chaco.

Merrell’s growth was driven by strength across most performance categories and “excellent” consumer acceptance to new collections, highlighted by the Nova, Fiery and Gridway.

“Consumer, digital and social media trends for Merrell were robust with media views, impressions, search interest, and site traffic all up at attractive rates,” said Krueger. “This strength continues to position Merrell as the market leader in hike and for expanding market share in the trail running category. We expect Merrell to grow high-single-digits in the second half, driven by continued direct-to-consumer momentum, a robust product pipeline and a favorable order backlog.”

The overall work category, including Hytest, Bates, Cat, and Wolverine, continued its momentum, up high-single-digits. Work overall represented approximately 15 percent of the company’s global revenue during the first half “and continues to be a significant growth opportunity for the company,” said Krueger.

In the Wolverine Boston Group, revenue inched up 0.3 percent to $230.7 million and dipped 0.2 percent currency-neutral. After falling 10 percent in the first quarter, Sperry rebounded and exceeded expectations with a slight Q2 decrease. Saucony declined mid-single-digits but also surpassed expectations for the second straight quarter. Mid-teens growth was seen from Keds, while the kids business was flat to last year.

For Sperry, the U.S. boat shoe category was down high-single-digits but in line with expectations and a significant improvement relative to Q1. Other areas of the Sperry business performed well including the casual and lifestyle boot category which grew at a double-digit rate with strong sell-through at retail. Boots, in particular, have had a strong early start to the fall season. Sperry’s e-commerce business was up 30 percent in Q2, driven by success in women’s and the Gold Cup premium product category.

Said Krueger, “We’re pleased that Sperry’s business regained momentum during the second quarter, and we expect growth to accelerate in the second half at a double-digit rate driven by less reliance on boat shoes and a very strong boot offering.”

Saucony exceeded expectations in Q2 but was down mid-single-digits related to challenges in the technical-run category in the U.S. and EMEA region. A strong area for Saucony is e-commerce, up 27 percent in the quarter. Said Krueger, “We continue to see Saucony returning to growth during the second half of the year driven by the addition of Saucony, Italy, a strong pipeline of new product introductions and continued strong e-commerce performance.”

Inventories at the quarter increased 38.4 percent, compared to the prior year, including $10 million to support a ramp-up in new stores and the acquisition of Saucony’s distributor in Italy. The second-quarter inventory position also included a significant pull-forward of China-sourced production in anticipation of potential China tariff exposure.

Regarding tariffs, Krueger said last week’s announcement of an incremental 10 percent tariff listing four items from China, which includes footwear, is expected to have a “relatively minimal impact” on results in the second half and the years ahead.

He said over five years ago Wolverine made a move to further diversify its sourcing base away from China and accelerated those efforts over the last year given the tariff negotiation.

“In 2019, the percentage of our footwear sold in the U.S. from China factories is substantially smaller than the footwear industry as a whole,” said Krueger. “As a result, we plan to only import approximately 3.5 million pairs into the U.S. from China during the last four months of 2019. Our healthy inventory position will also help minimize the impact of any new tariffs should they be imposed.”

Details of the updated full-year guidance include:

Many of the questions in the Q&A session explored how much confidence Wolverine officials had in the second-half acceleration in sales.

“Our second-half backlog is probably the strongest it’s been in five or more years at the present time,” said Krueger. “So, fundamentally, we have a lot of confidence in our backlog and what it’s going to deliver in the second half.”

He said Sperry has a “very strong backlog” supported by its expanding boot range, and Merrell’s backlog is “also strong.” The outlook includes a “conservative view” of at-once trends following a “volatile” first half.

NSGA: Athletic Footwear Sales Up 9.8% for Oct. thru March