Wolverine Worldwide said last week it expects revenues for 2011 to approximate the low end of its former guidance. At the ICR XChange investor conference, Don Grimes, SVP, CFO and treasurer, said the fourth-quarter's revenue performance was impacted by softness in the at-once order environment, driven by a relatively mild fall across most of the U.S. and Europe, as well as a conservative outlook by some retailers.

Also impacting the quarter's revenue performance was macroeconomic concerns and a softening retail environment in Europe and the United Kingdom, said Grimes.

Offsetting some of the macro and weather trends in the quarter, he added, was “continued excellent performance by our Merrell Barefoot Collection,” as well as “strong double-digit growth for our most significant global brands, Merrell, Caterpillar and Hush Puppies, and third-party distributor markets of Latin America, Asia-Pacific and Eastern Europe.”

For the full year, revenues are expected to reach $1.41 billion, which would represent growth of 12.8 percent over the prior year.
In releasing third-quarter results on Oct. 3, management projected sales to range between $1.4 billion and $1.43 billion.

The company anticipates reporting fourth quarter revenue of approximately $407 million, which would represent growth of 5.7 percent over the prior year. Grimes added, “It's important to know that this performance is on top of last year's fourth-quarter revenue growth of 23 percent.”

At the same time, EPS is expected to come in the low end of the range provided in early October, although Grimes said it was due primarily to significantly higher non-cash LIFO expense than it had been projecting previously. On Oct. 3, Worldwide predicted earnings for the year in the range of the $2.46 to $2.52 a share.

The company will report full results on January 30.

Looking ahead, Grimes said Wolverine's order backlog at year-end represented low single-digit percentage growth over the prior year, reflecting some caution on the part of retailers, given the macroeconomic environment and a corresponding focus on keeping inventory levels low.

Despite the slight pullback in its Q4 revenue guidance, Grimes noted that Wolverine's third quarter marked the fifth out of the last seven quarters of record revenue for the company and aggressive expansion is being planned. Said Grimes, “We have a growth mindset as a company. We're no longer content to grow in the low to mid single-digits on the top-line and grow our earnings at a double-digit clip. We want to grow our revenue at a double-digit clip, as we have done in fiscal 2010 and fiscal 2011.”

Indeed, Blake Krueger, Wolverine's Chairman, CEO and president, was particularly bullish on the prospects for the company in his presentation. The company across its portfolio is “obviously tapping into some macro trends that continue to be very, very strong,” he said. Among them is a “very strong” global boot trend. Said Krueger, “We have seen no lessening up or momentum in this trend, frankly, anywhere in the world. I'm not talking about cold weather boots; I'm talking about cold weather boots, fashion boots, utility work boots.”

Also bolstering Wolverine's business is interest by consumers in authentic brands. Said Krueger, “They've come out of this recessionary environment and they're looking at brands that stand for something, that have been around, have withstood the test of time, are real. And we've seen that here in United States, but in Europe, and we've also seen it, interestingly enough, around the world.”

Finally, two other trends supporting Wolverine is 'Made in America” for some of the company's products as well as the barefoot minimalist footwear trend, which remains a “tremendous opportunity” for Merrell. Said Krueger, “This is real; it's a growing category. It's expanded distribution for the Merrell brand into dedicated running shops. And we continue to see great momentum on Merrell Barefoot.” 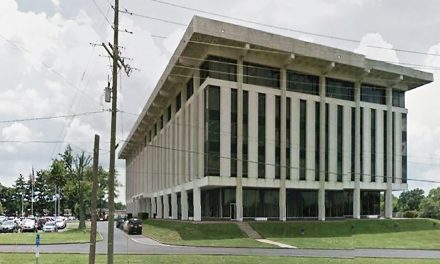