Cold, snowy weather, an improving work market and pent-up demand for higher-end items drove the bicycle, outdoor and snow sports market to consolidated growth across the board in the fourth fiscal quarter of 2010. Aggregate industry sales improved a robust 10.6% and the average bottom line improved by more than 42% as vendors and retailers utilized cost-cutting measures while boosting inventory levels to cater to a consumer that has been pinching pennies since the start of the recession.

Every manufacturer tracked by The B.O.S.S Report recorded revenue improvement for the fourth quarter. Of the 16 vendors reporting Q4 results, all but two reported double-digit revenue increases versus the year-ago period. In comparison, in the prior-year period when the market was beginning its gradual ascension on pared-down inventory levels and clearance sales, only 10 of 17, or just over half of reporting vendors recorded top line growth versus a dismal 2008 fourth quarter.

For retailers, five of the seven retailers featured on page 3 recorded top line growth for the quarter versus the same amount in the prior-year quarter.

For the fourth quarter, the market got off to a slow start on unfavorable weather conditions and tough year-ago comparisons, but as weather turned more seasonal in early November, consumers hit stores to gear up with outerwear, baselayers and boots, pushing outdoor product sales up double-digits during the front half of the quarter, according to data supplied by OIA VantagePoint. Blustery weather stuck around into the holiday selling period as well and as the Black Friday and the following selling period was led by stout sales of outdoor outerwear and outdoor activewear – the two largest outdoor apparel macro categories – and pac boots, performance trail running, outdoor crosstraining and barefoot footwear products.

In the outerwear segment, a strong double-digit increase for the holiday season was paced by insulated jackets, fleece jackets and softshell jackets. In activewear, growth was led by both long-sleeve and short sleeve yoga/fitness tops and pants.  In sportswear, long-sleeve woven tops led all other categories in growth percentage for the six-week period.

Analysts pointed to upper-end consumers that continued to spend based on better feelings about their “wealth effect” – represented by a stronger 401(k) and other investment gains – for the continued energy in specialty businesses while lower- to middle-income consumers tended to spend early in the season driven by the heavy promotional cadence at the end of November.

Economists suggested that the low-to-midrange consumer continued to scour the aisles for bargain-bin prices while holding off entirely on big purchases like electronics and other high price-point items. Likewise, many retailers pointed to a post-Christmas snowstorm than blanketed much of the Eastern seaboard, curtailing customer traffic for “week-after” promotions and dampening overall sales during the period.

Internet sales continued to post explosive growth through December and into January as both pure-plays and multi-channel retailers pushed deadline dates further into the month, with many shipping goods all the way up to Christmas Eve. The Internet was also the biggest gainer in outdoor product sales for the month, although growth moderated a bit from the nearly 30% November gain.

For industry retailers, which saw consolidated revenues improve 6% and margins improve an average of 130 basis points, Dick’s Sporting Goods and Lululemon led way with stellar Q4 results. Notably, red-hot Lululemon continued it’s dominance of the yoga lifestyle market on sales that increased by half and comps that surged almost 30%. Earnings for Lululemon nearly doubled during the quarter and the company added 12 new stores during the fiscal year.

Dick’s SG saw sales surge nearly 14% and earnings soar 30% on strong sales of apparel and footwear and a better online presence during the holiday season. At Forzani, sales grew 15.5% in constant-currency terms and earnings improved 10% on strong growth in key hardgoods categories and solid sales from winter categories. At Cabela’s, solid comp growth and a 14% jump in profit stemmed from lower impairment charges compared to a year-ago period that slumped on steep charges and liquidation costs.

For the softgoods sector, consolidated revenues jumped by nearly a quarter on double-digit growth from nearly every company. Earnings for the sector improved by nearly 44% on bottom line growth from all reporting companies and the average return-on-sales was a very-solid 12.4%, led by 20%+ returns from LaCrosse and VF Outdoor.

At Under Armour, sales surged 35.5% and earnings improved by half. Under Armour, which broke the billion dollar mark in fiscal 2010, ventured into the cotton market for Q1 2011, a move is starting to pay off later in the spring.

Meanwhile, recently-maligned Crocs returned to a profit on strength across all bases and strong reception of new products.

For the Hardgoods sector, overall sales improved 18.0% and earnings jumped by nearly a quarter as the full-priced consumer continues to return to the aisles. At Amer Sports, sales and profits improved on a harsh winter that energized the winter sports consumer, although management warned during a fourth quarter conference call that rising labor and input costs would continue to pressure margins significantly. Amer failed to meet two of the four goals set in a new long-term strategic plan unveiled in September. While meeting organic growth and debt related goals, the company failed to generate an EBIT/sale ratio of 10% or annual free cash flow equal to net profit in the fourth quarter.

At Jarden, sales improved by nearly 17% on strength from winter-related product and the company’s outdoor division reported operating earnings grew nearly seven-fold during the quarter. Head NV also overall results inflated by its Winter Sports segment, which grew 13% during the quarter.

Curry to be Named to International Tennis Hall of Fame 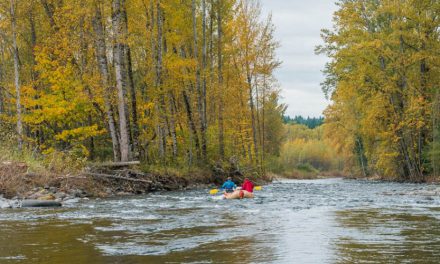 The Conservation Alliance Contributes $945,000 In Grants To 29 Organizations