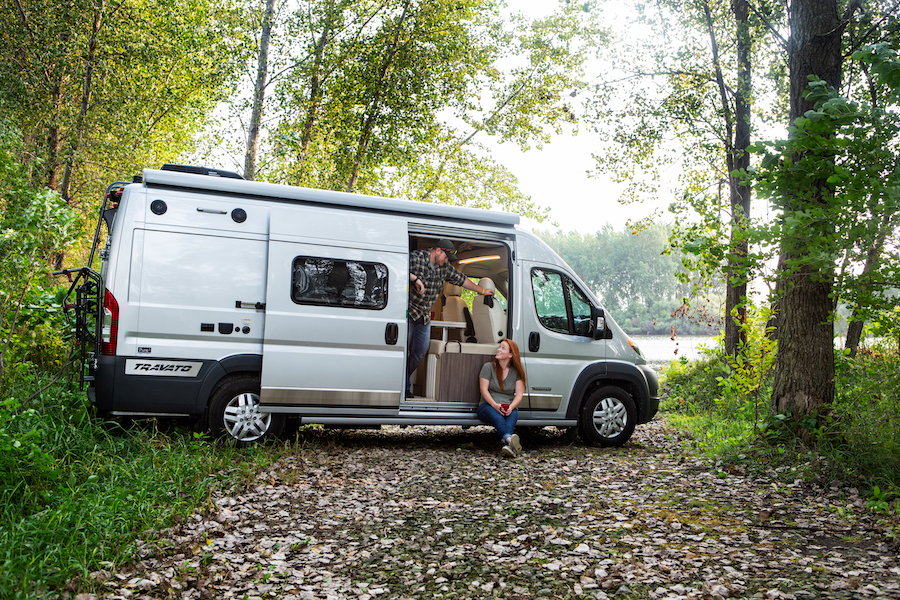 Winnebago Industries, which earlier this year entered the marine segment with the company’s acquisition of Chris-Craft, reported earnings rose 19.5 percent in the fourth quarter ended August 25 on a 17.9 percent revenue gain.

“Fiscal 2018 was a tremendous step forward for Winnebago Industries in all aspects: strategically, financially and culturally,” stated President and Chief Executive Officer Michael Happe. “Strategically, we made strong strides in the journey to transform ourselves into a premier outdoor lifestyle company, especially with our fourth-quarter entry into the attractive marine market with the acquisition of Chris-Craft. We have also elevated our level of competitiveness within the North American RV market as a stronger full-line OEM, raising consolidated market share primarily on the strength of our sustained Towables segment growth. Both our Winnebago and Grand Design-branded towables business have material momentum, with new products and superlative quality driving increased business with dealers and end customers. Our Motorhome business continues to make sequential progress in improving its product line vitality and profitability.”

Happe further commented, “Financially, we are thrilled to exceed the $2.0 billion revenue mark for the first time in our company’s storied 60-year history, and we are delivering record bottom-line results in the face of inflationary headwinds on material and labor costs. Our balance sheet is solid and appropriately positioned to allow us to pursue further smart, profitable growth in the years ahead. Culturally, our employees are extremely focused on enabling extraordinary experiences in the outdoors for our customers, around a business model platform focused on quality, service and innovation. Our leadership is committed to driving an even higher level of employee engagement, and we are directing more resources to giving back to the communities our team lives and works in. Our success in fiscal 2018 is a result of the incredible hard work of our 4,700-plus employees and their dedication to ensuring our customers receive the very best products and service possible.”

In the fourth quarter, revenues for the Motorhome segment were $228.5 million, up 2.5 percent from the previous year. Segment Adjusted EBITDA was $13.2 million, down 18.8 percent from the prior year. Adjusted EBITDA margin decreased 150 basis points, driven by investments in the business and increasing cost pressures that have not yet been overcome with recent pricing actions. Unit backlog increased 30.9 percent over the prior year, reflecting continued strength in our recently introduced products.

Revenues for the Towable segment were $288.7 million for the fourth quarter, up 26.2 percent over the prior year, driven by continued strong organic growth across the Grand Design RV and Winnebago-branded businesses. Segment Adjusted EBITDA was $41.9 million, up 23.9 percent over the prior year. Adjusted EBITDA margin of 14.5 percent decreased 30 basis points from the prior year due to cost input pressures that were mitigated by effective price increases and cost reduction efforts and also comparing against a favorable inventory adjustment in the prior year. Dollar backlog remained strong at over $244.9 million, growing 6.6 percent over last year, driven by a favorable product mix. Unit backlog was a robust 7,651 units but declined 4.4 percent against the prior year period, reflecting extremely high backlogs in late fiscal 2017 and two plant expansions that have added additional production capacity during the course of calendar 2018.

During the quarter, Winnebago Industries realigned its operating segments following the Chris-Craft transaction and created a new “Corporate / All Other” category, which includes the Marine and Specialty Vehicles businesses as well as certain Corporate costs. The company has retrospectively reclassified prior period amounts to conform to the current segment presentation. We have posted a document containing revenues and adjusted EBITDA, by quarter, for fiscal 2017 and fiscal 2018 on the company’s Investor Relations website.

As of August 25, 2018, the company had total outstanding debt of $291.4 million ($298.5 million of debt, net of debt issuance costs of $7.1 million) and working capital of $167.8 million. Cash flow from operations was $83.3 million for the full year, a decrease of 14.2 percent from the prior period in fiscal 2017, as timing of working capital balances offset improvements in net income.

Happe continued: “Winnebago Industries enters Fiscal 2019 as a larger, increasingly diversified and more profitable organization. Our expectation going forward is to exceed the growth projections of the industries we compete in. We remain comfortable with our own dealer inventories across the whole of our businesses. Our backlogs are reflective of strong future demand, but also our progress to increase capacity where needed to deliver more timely product to our dealers. We continue to make further strategic investments in talent acquisition, new product development and manufacturing capacity and efficiency across the company. Our RV businesses introduced many new models to favorable reviews at the recent Open House event in September, and indications from the early fall RV retail shows confirm the momentum of our dual-brand, full-line RV portfolio. The RV industry, while transitioning to a more moderate pace of shipments in the short-term, continues to be positioned for strong secular growth in the years ahead, as does the marine industry. We do, however, face strong comps within the RV industry in the first six months of our fiscal year as well as current cost pressures on key materials and components. The Chris-Craft integration has been executed well in the last three months, and we look forward to enabling profitable growth via several different strategic initiatives for that iconic luxury brand in the future. We remain extremely focused on strengthening and growing our core RV business but also diversifying the overall portfolio via progress in new profitable outdoor lifestyle markets like marine and specialty vehicles.”

Jos. A Bank Could Still Back Out of $825M Deal to Acquire Eddie Bauer