Despite double-digit percentage increases in many intermediate goods and raw materials from a year ago, prices received by manufacturers of finished sporting and athletic goods declined in June from both May 2011 and June 2010, according to data released Thursday by the U.S. Department of Labor.


The Producer Price Index for finished sporting and athletic goods declined 1.0 percent in June from May and declined 0.9 percent from June 2010, the government said. That compared to changes of -1.5 percent and +9.5 percent respectively for all finished consumer goods excluding food.
The wide swing in prices for all consumer goods was attributed primarily to gyrating gasoline prices.
The prices manufacturers pay for synthetic fibers at intermediate stages of productions rose 1.0 percent from June 2010, but were 0.8 percent below their May levels. Other price changes at the intermediate production level included: processed yarns and threads, up 25.2 percent; gray fabrics, up 13.9 percent; finished fabrics, up 9.6 percent; leather, up 15.1 percent; plastic resins and materials, up 14.2 percent, synthetic rubber, up 23.3 percent; foundry and forge shop products, 4.4 percent; aluminum mill shapes, 17.1 percent.
Prices for raw cotton declined for the second month in a row. They ended the monthly 17.8 percent above June 2010, but 0.9 percent below their level in May. 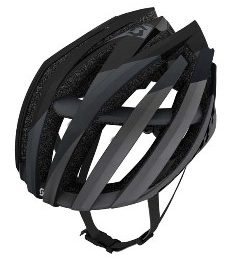