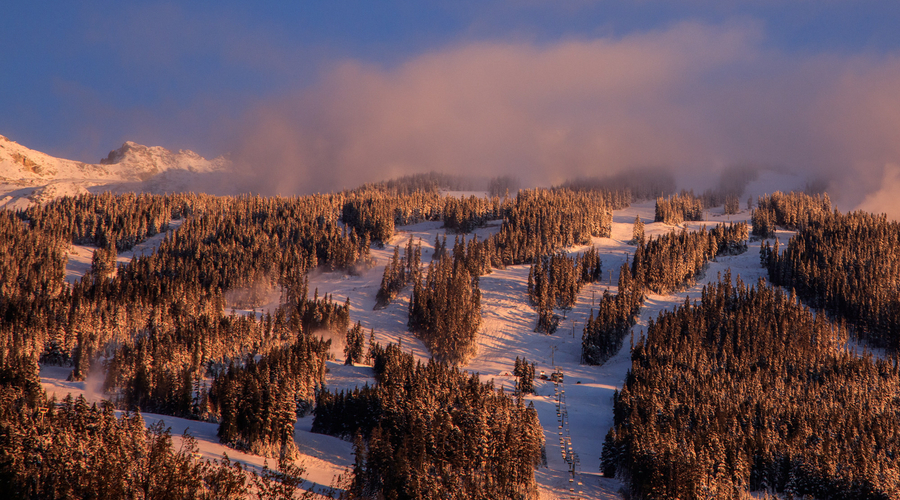 Skiers and snowboarders will get a jump on Thanksgiving shredding as major resorts from coast to coast throw open their doors prior to the holiday.

Whistler, Stowe, Heavenly and Mt. Bachelor are all preparing to open this weekend, with Sunday being the last day to buy Epic passes.

North America’s iconic resorts from east to west coasts will open for the 2017/18 ski season on Friday, November 17 and Saturday, November 18. Canada’s Whistler Blackcomb, North America’s largest resort, will open for the season with three feet of base snow, while Vermont’s Stowe Mountain Resort will open summit-to-base skiing on Mt. Mansfield. The Lake Tahoe Region’s Heavenly Mountain Resort will also open on Friday.

This Friday’s opening day lineup follows the opening of Colorado’s Breckenridge and Keystone Resorts, which began their ski seasons November 10. The two resorts have announced additional ski terrain will be available to guests for the coming weekend.

“We’re thrilled to open our iconic mountain resorts in North America this week and into the Thanksgiving holiday for all of our guests,” said Pat Campbell, president of Vail Resorts’ Mountain Division. “Winter storms are forecast for each of our resort’s regions within the next week, which offer great natural snow combined with our state-of-the-art snowmaking capabilities.”

Mt. Bachelor will open for the season on Saturday, November 18. Additionally, the resort’s 96-hour lift ticket sale will kick off today, November 16.

“It’s exciting to get an early start to the 2017-2018 ski/snowboard season,” said John McLeod, Mt. Bachelor’s president and general manager. “With our parent company POWDR investing $2.5 million to further improve the Mt. Bachelor guest experience, it’s going to be another great winter.”

Conditions permitting, three lifts – Pine Marten, Skyliner and Sunshine Accelerator – will be in operation from 9 a.m. to 4 p.m. Despite the significant early snowfall, resort officials caution that early-season conditions exist and recommend that guests ski or snowboard on groomed runs.

The resort also plans to open its Nordic ski season on Saturday, with grooming planned for the upper Nordic trails. Mt. Bachelor will offer a limited selection of guest services for opening weekend including food and beverages, equipment rentals, lessons and the Gravity Sports shop. A full roll-out of services is slated to be in place by Thanksgiving.

With mountain crews in full preparation mode for Saturday’s opening, Mt. Bachelor’s winter Uphill Travel Policy is now in effect. The Cinder Cone route from West Village is the only hiking route open to climbers. All other areas of Mt. Bachelor are currently closed to uphillers.