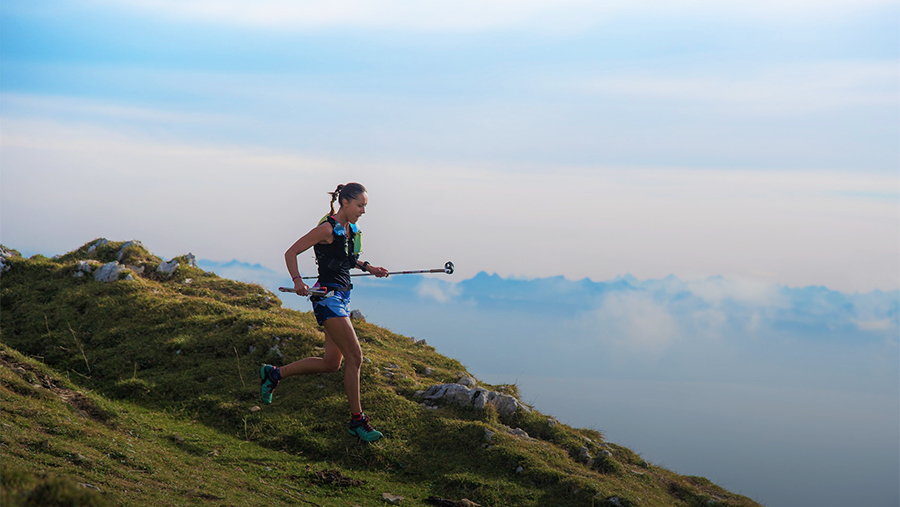 McKinsey teamed up once again with the World Federation of the Sporting Goods Industry (WFSGI) to update the sporting goods industry on new challenges facing the business from inflation and an emerging economic downturn, adding to existing pressures on input costs and supply chains.

The update followed the release in January of WFSGI/McKinsey’s second-annual report on the sporting-goods industry, “Sporting Goods 2022: The new normal is here.”

“January seems like a decade ago,” said Alexander Thiel, partner, leader sporting goods practice, EMEA, McKinsey, in a webinar discussing the update. “The situation has evolved massively since then.”

Inflation’s Impact On Demand
On the positive side, Thiel said demand across the sporting goods industry proved resilient during the pandemic, recovering quickly across many categories in early summer 2020 and maintaining solid growth until now.

As noted in its “Sporting Goods 2022: The new normal is here” study, the industry, emerging from the pandemic, continues to benefit from evolving attitudes and behaviors that place a higher priority on health and living active lives.

“There are megatrends at work that are very positive on the demand side,” said Thiel. “Most importantly, all our research shows that people globally have never been as motivated to live more active, more-healthy lives and integrate sports into their daily routines.”

With inflation, sporting goods are one of few categories experiencing “real demand,” accounting for a small part of the sector’s growth based on an analysis of McKinsey’s May and April figures.

However, recent research shows consumers have cut back on discretionary spending, including sports products, reflecting that prices, and mandatory household expenditures, are rising faster than incomes.

Thiel noted that in the U.S., stimulus payments and the Paycheck Protection Program (PPP) “put cash into people’s pockets,” and restrictions on eating out and traveling early in the pandemic left more disposable income to spend on sporting goods in the earlier stages of the pandemic.

Said Thiel, “There was excess cash coming out of the pandemic. People spent significantly, particularly young people, to a significant degree, on sporting goods. They wanted to splurge and treat themselves quite often to new sporting goods.”

According to Thiel, given the hike in spending, as the economy reopened and personal savings declined, falling to near-zero percent of disposable income in the U.S. occurred for the first time in more than a decade. At the same time, central banks worldwide have raised interest rates reducing disposable income further.

McKinsey’s recent European consumer studies further showed that spending intent on apparel, footwear and sports and outdoor equipment is declining. Overall, Europeans are the most pessimistic about the economy since 2020. Thiel said, “Even at the height of the pandemic, the economic outlook has not been as grim and negative yet, and we see these numbers increasing, so the next numbers I’m sure we will get in will be worse.”

Thiel said it’s important to recognize that inflation does not affect everyone equally, offering opportunities for premium pricing in some cases even inside an inflationary climate. Generally, higher-income households are more resilient to inflation, and younger generations who can change jobs more frequently and see their salaries adjusted for inflation, are also less impacted. Conversely, lower-income households and older generations are likely to consume less. Thiel said, “The older you are, the more you’re locked into certain life situations, jobs and localities.”

Input Cost Pressures
A driver of inflation is rising input costs. Since early 2020, especially in transportation and raw materials, it put pressure on industry margins, said WFSGI’s, Robbert de Kock. Container freight rates have risen by as much as seven-fold from pre-pandemic levels. In response, many players have switched to air freight, despite a five-fold cost increase compared with ocean freight.

Meanwhile, from when the pandemic began in early 2020 to the first quarter of 2022, there has been a significant increase in raw-material prices, noted de Kock. Price hikes have included metals by 88 percent, cotton by 84 percent, fibers by 40 percent, and rubber by 32 percent. An additional element contributing to extra costs is new official verifications introduced by some governments, for example, relating to chemicals.

Supply Chain Disruption
Delivery lead times have increased significantly due to pandemic-related disruption to global supply chains, including unpredictable lockdowns that still impact Asia. Bottlenecks and port congestion reduced daily container capacity actively sailing by around 14 percent from the end of 2020 to the end of 2021 and further declines in the first half of 2022.

Terminal congestion, with yard dwell time for imported containers more than tripled in the United States since the start of the pandemic. Rail transportation has also been affected, with intermodal car congestion peaking in 2021 and the first months of 2022.

On the positive side, freight rates have declined slightly and plateaued in the past few weeks, but the significant risk is excess inventory, as past blocked orders get unlocked and large flows of goods hit warehouses.

De Klok said excess inventory could be problematic for in-season products, which would most likely need to be marked down once the season ends. The situation could worsen if inflation accelerates further, putting pressure on cash flow. De Klok said, “We have to understand how this is going to happen, what’s going to happen and how we can deal with it.”

Another element contributing to the increasing complexity of supply chain networks is the recent increase in regulatory requirements that restrict imports from specific regions in Asia; this means sporting goods players have less flexibility in setting up supply chains and could prompt companies to review their supplier networks. In addition, the restrictions add administrative burdens and, in some cases, increase costs.

Overall, Bright advises that when setting up a program to manage the impact of inflation, firms should employ a phased approach, prioritizing measures based on their urgency and impact.

On pricing, Bright stressed the importance of understanding your customer because inflation impacts different income and age segments and identifies which products are key value items (KVIs).

Potential actions include increasing prices quickly on products with low-demand elasticity, non-KVIs and no next-best alternative or a much higher-priced one. Companies were advised to avoid promotions or consider raising prices for products with limited availability.

Other advice included adjusting prices regionally based on market dynamics and/or selectively moving prices in certain channels. Rebalancing between entry price points and mid-market prices based on margin structures could help reduce the penchant of consumers trading down to lower prices.

Overall on pricing, Bright said vendors and retailers are “being a lot more nuanced” after some across-the-board increases when inflation first arrived. He said some companies are looking to push through their second, third or fourth round of price increases, and pricing actions may now be “somewhat exhausted as a lever” to offset the rising input costs.

On assortment and commercial strategy, suggestions included discontinuing low-margin products across all price points and reducing especially low-margin products in the entry segment. An inflationary environment makes it more important to emphasize product aspects beyond price that may justify higher prices, such as quality, sustainability, innovation, exclusivity, or brand storytelling. Said Bright, “A lot of price perception is not about the actual price, and it’s about how people perceive the price.”

Companies need better insights into underlying trends driving raw materials and transportation labor costs to manage costs better. Bright stressed the benefits of gaining more visibility and transparency into commodity price changes. Said Bright, “Instead of taking 12 months to calculate the cost of goods sold across the product line, you can do it in six days or seven days with refreshed insights on where you think commodities are moving.”