“While much of the fourth quarter remains at this point, we now believe it is likely that we will record lower net sales with lower gross margins than we had previously planned,” Duluth CFO Mark DeOrio said. “Significant year-over-year improvements in our product margins will reduce the impact of increased promotional activity, but we still anticipate a decrease in final gross margins for the fourth quarter and the full year.”

DeOrio said the company’s SG&A expense rate would likely rise, curbing margins for year’s end as “we do not intend to reduce any strategic expenditures that we believe will positively impact the business over the long term.” DeOrio added, “For example, we plan to open eight to 10 new retail stores in FY17, with four stores expected to open in the first quarter of 2017. As a result, we anticipate higher pre-opening expenses to impact the fourth quarter of this year.”

Investors sent Duluth’s stock down nearly 23 percent to below $29 per share on December 9, following the news.

Duluth CEO Stephanie Pugliese said the retailer saw most of its recent weakness in cool-weather goods, including men’s and women’s outerwear, heavier weight bottoms and midweight fleeces. She added that consumers are delaying their holiday shopping. Said Pugliese, “Over the last couple of years, we have observed growing consumer expectation of faster delivery times. With the speed of shipping, we believe people are waiting later and later to do their holiday shopping and peak weeks before Christmas are getting bigger and bigger. We think increased promotional activity and the expectation of quick delivery to the doorstep contribute to this wait-and-see posture. From a consumer viewpoint, it’s understandable. But from a retailer’s perspective, it creates a more unpredictable environment.”

Still, for at least the third quarter ended October 30, the company was able to deliver on product margins, which, as a percentage of sales, increased 60 basis points in the quarter to 57.8 percent. Third-quarter net sales increased 21.2 percent to $67 million, driven by a 12.3-percent increase in direct sales, and 68.4-percent growth in retail net sales. Net income fell to  $500,000, or 1 cent per diluted share, for the quarter, versus a net income of $1.5 million, or 6 cents per diluted share, due to the increased new-store costs.

The company ended the third quarter with a cash balance of $200,000 and working capital of $69.5 million. It had $30.2 million of borrowings with $26.8 million available on its credit line. Inventories increased 32 percent to $96.7 million, but improved from the 40-percent increase from the previous quarter. 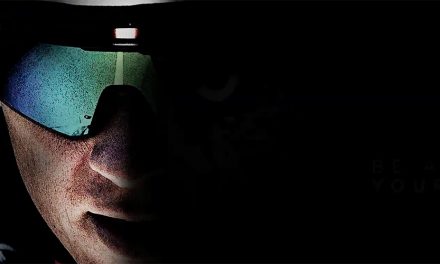