VOXX International Corporation made a $3 million investment in EyeSee360, Inc., creator of the panoramic video camera, 360Fly, and the smartphone attachment, 360MicroFly, both of which were launched in the VOXX booth at the Consumer Electronics Show (“CES”) in Las Vegas this past January.

This latest investment by VOXX is in addition to an earlier capital investment by Catterton Partners, both of which will support the company as it brings the 360Fly line of panoramic action cameras to market this year.

As previously announced in January 2014, VOXX Electronics Corporation, a wholly owned subsidiary of VOXX International Corporation, signed an exclusive distribution agreement with EyeSee360 to deliver a line of proprietary panoramic video cameras and software. Named “360Fly” and “360MicroFly”, these two products are compact, lightweight, 360 degree HD lifestyle products that will enable both consumers and professionals to capture and share personal experiences like never before. The 360Fly is mountable on a variety of different sports equipment from helmets to surfboards to a tiny tripod for the center of a table. The “360MicroFly” is a 360 degree lens attachment for Apple and select Android phones.

“In line with our stated strategy, we have continued to invest in new and exciting technologies and categories that will help drive growth for our company and support our core electronics business,” said Pat Lavelle, President and CEO of VOXX International. “The initial response from our distribution partners has been very strong and we believe that we and EyeSee360 have highly competitive products that will help shape the future of the consumer's technology experience.”

“The 360Fly can see beyond the limits of other cameras allowing consumers to capture even more than what their eyes see.  We believe this technology will change the way people capture, view and share life's moments. This is an exciting step in the evolution and disruption of video,” said Tim O'Neil, CEO of EyeSee360. “VOXX has been in the retail electronics business for over 50 years and its products are found in virtually every retail channel from the mass merchant to the small independent and we are excited to have them as a true partner.”
O'Neil continued, “This infusion of capital, as well as the exclusive distribution partnership for the 360Fly line of panoramic video cameras clearly demonstrates the faith that VOXX has in our design and engineering capability and we are excited to have them as both an investor and marketing partner.”

The 360Fly is a panoramic video camera that allows users to capture and share an interactive 360 degree panoramic video. With a field of view  360 degrees horizontal by 240 degrees vertical, more than twice that of traditional POV cameras  the 360Fly camera is also shock-proof, water resistant, and has built-in Wi-Fi/Bluetooth functionality.
360MicroFly is a smartphone lens attachment that puts a spin on traditional video, offering smartphone users the ability to simultaneously record everything around them and share an immersive experience instantly through social media. 360MicroFly attaches to popular smartphones to capture videos that are not only panoramic but interactive, creating engaging scenes and allowing viewers to control what they want to view.

Lavelle concluded, “Making a financial investment in EyeSee360 allows us to participate not only in the success of the 360Fly line of cameras, but in future products and technologies yet to be developed by their company, as well. We look forward to building upon this partnership and we believe it will help top and bottom line performance and growth for our company.”

Consolidation, Buyouts, and the Role of the Specialty Retailer at the Snow Industry Summit 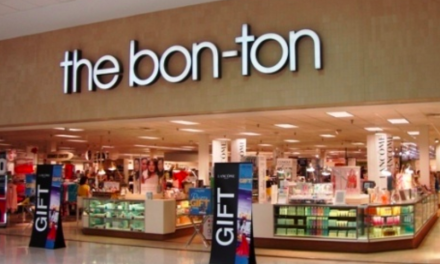