Vista Outdoor Inc., which will be spun off  next month in an initial public offering, generated sales of $507 million for the third quarter ended  Dec. 28, 2014, down 3 percent from the prior-year quarter, due to decreased volume in the Shooting Sports segment, partially offset by an increase in the Outdoor Products segment.

On a pro-forma basis, sales in the prior-year quarter were $580 million, which was calculated by combining the results of Vista Outdoor with the standalone results of Bushnell for the pre-acquisition period prior to Nov. 1, 2013. On a proforma organic basis, sales decreased 13 percent.

Reflecting this impairment charge, third quarter operating profit was $11 million compared to $63 million in the prior-year period. Excluding the goodwill/trade name impairment and transaction costs in both the current and prior-year periods, adjusted operating profit was $66 million compared to $75 million. This is a result of the gross profit being flat as noted above and an increase in selling and general and administrative costs, primarily due to a full-quarter of the November 2013 Bushnell acquisition.

“Vista Outdoor's leadership in its current markets, broad portfolio of widely recognized brands, scale position and common distribution uniquely position Vista Outdoor for growth in an attractive $63 billion outdoor recreation industry,” said Mark DeYoung, ATK President and Chief Executive Officer and named Chairman and Chief Executive Officer for Vista Outdoor. “Despite the recent market conditions in certain segments of the shooting sports industry, our ability to outperform our competitors, maintain attractive margins, deliver innovative products and strategically position our portfolio with a variety of customers enables Vista Outdoor to position itself for new market opportunities and utilize proven execution excellence to deliver results for our shareholders. Due to the nature of the transaction, Vista Outdoor will be spun off with low leverage and will pursue a balanced capital deployment strategy.”

Summary of reported results
The following tables present the company's results for the third quarter of the fiscal year, which ended December 28, 2014 (in thousands).

Sales in the third quarter decreased 19 percent to $309 million, compared to $384 million in the prior-year quarter. The decrease was driven primarily by reduced volume of .223/5.56 ammunition (which is primarily sourced from ATK), primers and firearms as a result of softening market demand.

Gross profit for the quarter was $81 million, down 23 percent, compared to $105 million in the prior-year period, reflecting the decrease in sales noted above, product mix and targeted promotional activity in response to current market conditions.

Corporate and other
Corporate gross profit primarily reflects expenses incurred for foreign currency gain/loss, pension and postretirement expense, derivative instruments and self-insurance results. In the third quarter, corporate and other was $1 million of expense, compared to $1 million in income from the prior-year quarter, primarily reflecting changes in foreign currency and derivative gain/loss.

Operating expenses increased by $52 million from the prior-year period, driven by the goodwill/trade name impairment recorded in the current year. Research and development costs were relatively flat. Selling expenses increased primarily due to increased commissions as a result of the full-quarter costs associated with the Bushnell acquisition. General and administrative costs decreased due to the absence of acquisition transaction costs in the prior-year quarter, partially offset by transaction costs related to the anticipated transaction and full-quarter costs associated with the Bushnell acquisition.

Outlook
“After exceptional prior-period growth rates, the shooting sports market is currently settling back to normalized demand levels,” said Stephen Nolan, the named Chief Financial Officer for Vista Outdoor. “Our results are in line with our expectations for the market correction and recovery. The average market correction period is approximately18 months. Consistent with previous expectations, we see Vista Outdoor generating modest growth for FY16, primarily in the second half of the year. We continue to position the company for future growth with our focus on delivering new, innovative solutions to the market, such as the Bushnell Tour-X Golf Laser Range Finder and the Savage A17 rifle.”

On the anticipated closing date, Feb 9, ATK stockholders as of the applicable record date, Feb. 2, will receive two shares of Vista Outdoor common stock for every one share of ATK common stock they hold. 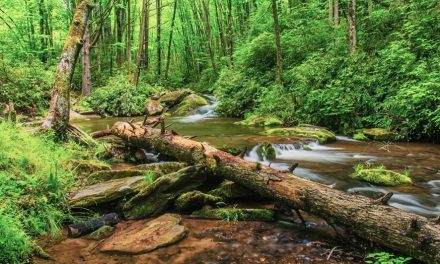