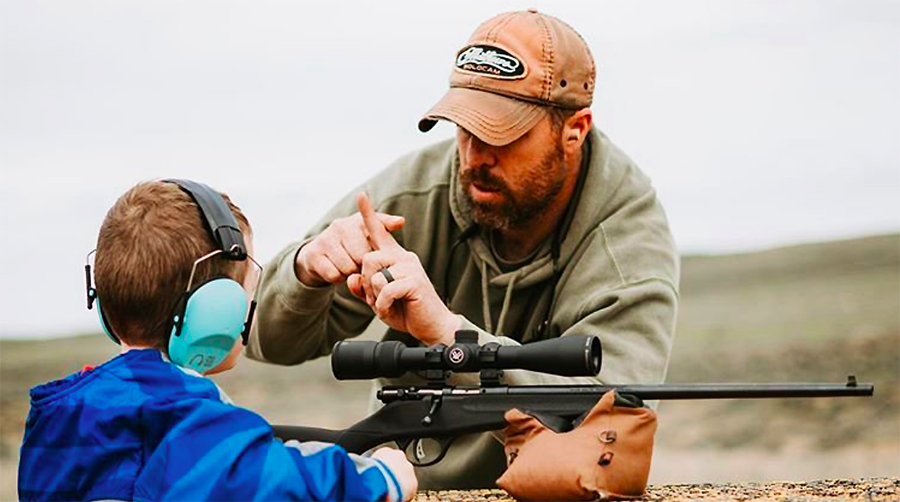 In a statement on Monday, REI wrote, “Today, we notified our merchants that we will resume orders with Giro, Bell, CamelBak, Blackburn, and Camp Chef on the news that their parent company, Vista, has secured a buyer for Savage Arms.

“REI orders of Vista-owned brands have been on hold since March 2018. At that time, Vista chose not to engage in the national conversation about common-sense gun safety solutions that followed the tragic mass shooting at Marjory Stoneman Douglas High School in Parkland, FL.

“REI does not sell guns or ammunition and does not oppose hunting or the Second Amendment, but we believe companies that profit directly from the sale of guns have a civic responsibility to engage in the national discussion about gun safety, as Dick’s Sporting Goods, Walmart and others have done.

“We understand and respect that our members and employees enjoy life outside in many ways—including hunting.”

MEC hasn’t yet issued a statement.

The sale of the firearms brands was part of Vista’s transformation plan, first announced in May 2018, and designed to reshape the company’s portfolio by cutting costs, consolidating leadership, paying down debt, and divesting certain brands, including both its eyewear brands and firearms brands, in order to pursue growth in product categories where the company believes it can be market leaders.

“Divesting our Savage brand was a key aspect of our transformation plan,” said Chris Metz, chief executive officer of Vista, in a statement. “While it was a difficult decision to sell such an iconic brand, I remain confident that this was the correct choice to help Vista grow in those categories where we can have leadership positions. Savage is a fantastic business, and it deserves to continue to evolve into other firearms categories. At this time, however, we simply do not have the resources to transform Savage into the full-service firearms company that it deserves to be and, therefore, we determined the brand would be better off with a different owner. We’re excited to see Savage reach its full potential under new ownership.”

Savage was acquired by Vista’s predecessor ATK in 2013. ATK’s sporting business—which included Savage, Bushnell, Federal, and CCI Ammunition, and dozens of other hunt/shoot accessories brands, spun off in 2015 to become Vista Outdoor.

“The Savage acquisition helped create Vista Outdoor, and we’re grateful for all the success the brand brought to our company over the past six years,” said Metz. “However, this divestiture now gives our ammunition brands flexibility to work with any industry partner to create the best products and meet our consumers’ needs.”

The buying entity is Long Range Acquisition LLC, according to documents filed with the Securities & Exchange Commission. David Wittels, the buying group’s president, is a hedge fund manager and president of DMW Capital management, based in New York City.

The total purchase price of $170 million, includes $158 million paid at closing and $12 million to be paid at maturity of a five-year sellers note. Vista had initially predicted gross proceeds at about $210 million from the sale but lowered it to $170 million on the company’s fourth-quarter conference call on May 10.

At closing, Vista Outdoor received gross proceeds from the divestiture of $158 million. Vista Outdoor will use the net after-tax proceeds of the sale to repay outstanding indebtedness.

“Reducing our debt is a key part of turning around our business,” said Metz. “Selling Savage and further reducing our overall leverage will improve our financial flexibility and better position the company for long-term growth. We’ve now rebuilt the company’s foundation to provide a more stable base upon which to grow. We have a portfolio of brands that all have the potential to be strong market leaders in their respective categories, and I’m proud of my team’s efforts in reshaping the portfolio over the course of the past year.”

Robert W. Baird & Co. served as transaction and financial advisor, and Reed Smith LLP served as legal advisor to Vista Outdoor in connection with the transaction.

Last September, Vista Outdoor completed the sale of the company’s eyewear brands —Bollé, Cébé and Serengeti—to a European PE fund for $154 million. The company had also placed its bike protection business—Bell bike helmets, Giro snow goggles, Blackburn handlebar tape—and Jimmy Styks paddle boards unit on the selling block as part of the transformation plan. In May 2019, the company said it would keep its bike protection brands because of underwhelming offers in the sale.

In a note, Eric Wold, an analyst at B. Riley FBR, said that with $704 million in total debt on Vista’s balance sheet at the close of the company’s March fiscal year, the $158 million in proceeds will drive a 22 percent reduction in the company’s total debt balance.

He also said that Vista’s ammunition segment, led by Federal Premium, will keep the company tied to the overall firearms industry with ammunition representing 47 percent of sales on a pro-forma basis; however, he believes the sale of the two firearms brands will create a much more opportunistic scenario for Vista to gain market share and accelerate growth within its ammunition category.

Wold elaborated, “Given our understanding that other firearms manufacturers have been hesitant to work with VSTO on the development of new ammo categories/offerings with VSTO essentially acting as a firearms competitor, the sale of the two firearms brands should help to eliminate this roadblock and drive a stronger avenue for growth (and margin expansion) in the coming years.”

Wold concluded in his brief note, “With the completed sale of the firearms brands, evidence of stabilization within the ammo industry after multiple years of headwinds, an expectation that the outdoor products segment will see its first organic growth year in the company’s history this year, and the decision to hold onto the Bell/Giro helmet brands as an indication of improving trends, we continue to believe VSTO shares are undervalued at current levels and are reiterating our Buy rating and $13 PT.”

Dave King, of Roth Capital Partners, in a note on Monday wrote that beyond debt reduction, the sale “removes exposure to the controversial MSR category.” He also agreed with management that Vista has “limited resources to expand Savage into new categories and transform it into a full-service firearms company.”

King said that while Vista’s management is focused on driving profitability, he expects Vista’s Q1 revenue to fall short of consensus and believes management may lower its full-year Pro-forma EPS guidance.

“We are now modeling an MSD organic revenue decline in Outdoor for Q1 following a tough May that may be somewhat attributable to adverse weather,” wrote King. ”Meanwhile, Vista’s ammunition business remains under pressure due to the challenging end market and the recent Ellet Brothers bankruptcy (we estimate an LSD-MSD revenue exposure), offset by some prior stockouts in a relatively small California market ahead of new legislation that took effect July 1.”

King also wrote that ammunition margins may not improve as much as previously expected, as the year progresses, given ongoing pricing pressures, particularly on .223 caliber rounds. King added, “While future cost-savings may be somewhat limited following significant benefits to-date, FCF (free cash flow) should accelerate due to further working capital improvements through better tooling and ongoing SKU rationalization.”

Roth Capital carries a “neutral” rating on Vista with a 12-month target price of $9.00.

The sale comes as Vista on May 9 reported fourth-quarter profitability was lower than expected as a result of increases to reserves for customer credit risk and product liability litigation. In addition, the Shooting Sports segment experienced temporary production and supply issues.

Jim Chartier, of Monness Crespi Hardt, still upgraded the stock to “buy” on the earnings report on his belief that sales and margins trends “have troughed” and several moves, including SG&A reduction, supply chain improvements, new brand leadership, and a more effective organizational structure, will soon pay off.

Wrote Chartier, “The firearms and ammunition industry is now two and a half years into a correction, a cycle that typically lasts twelve to eighteen months. We believe sales and margin trends have troughed for VSTO and additional cost reductions can drive meaningful margin expansion and EBITDA growth over the next two to three years. The company’s actions during FY19 laid the foundation for improved sales and margins, and we expect to see meaningful progress in FY20. We believe the company’s guidance is conservative and expect upside to estimates over the course of the year. We expect the stocks multiple will expand as EBITDA grows, the company pays down debt and leverage approaches 4x by year-end. Our $12 price target is based on 8x our FY21 EBITDA estimate of $170mm, a slight discount to its current valuation on our FY20 forecast.”