VF Outdoors and Action Revenues up 16 Percent in Q2

“Our strong second quarter results, led by our Outdoor & Action Sports coalition, put us right in line with our full-year outlook and long-term growth commitments,” said Eric Wiseman, VF Chairman, president and chief executive officer. “Looking toward the second half of 2014, our powerful brands and platforms have us well-positioned to continue our momentum and deliver another record year for VF and its shareholders.”

Other highlights frmo the quarter included:

Revenues for the Outdoor & Action Sports coalition increased 16 percent in the quarter to $1.3 billion with double-digit growth in the Americas, European and Asia Pacific regions.

Second quarter revenues for The North Facebrand rose 11 percent globally driven by 37 percent growth in direct-to-consumer sales and a low single-digit increase in the brand’s wholesale business. The North Face brand’s revenues were up at a mid-teen percentage rate in the Americas region, up by a high single-digit percentage rate in Europe and down at a mid single-digit rate in the Asia Pacific region, where we expect the brand to return to double-digit growth in the second half of the year.

Vans brand revenues were up 21 percent with strong, double-digit growth across all regions as well as in the brand’s wholesale and direct-to-consumer channels. Revenues in the Americas and European regions were up at a high-teen percentage rate in the quarter, and by more than 40 percent in the Asia Pacific region. Global direct-to-consumer revenues for the Vans brand were up 27 percent in the quarter.

In line with expectations, Jeanswear second quarter revenues were down 1 percent to $606 million. Coalition revenues in the Americas region were down at a low single-digit percentage rate due to ongoing challenges in the U.S. mid-tier/department store channel and consumer trends in women’s denim, which primarily impacted the Lee®brand. In Europe, revenues were up at a mid-teen percentage rate and sales in the Asia Pacific region were up at a low single-digit rate.

Inventories were up 6 percent from June 2013 reflecting VF’s rigorous operational discipline. For the full year, VF continues to anticipate cash generation from operations to exceed $1.65 billion.

The outlook for the full year remains unchanged with revenues projected to increase 8 percent, and gross margin and operating margin expected to reach 49 percent and 15 percent, respectively. Earnings per share in 2014 are expected to reach $3.06 per share. Third quarter revenues are expected to increase at a rate similar to that of the second quarter driven primarily by strength within the Outdoor & Action Sports coalition, our international operations and continued strength in our direct-to-consumer businesses. The strongest growth and profit comparisons of the year are expected in the fourth quarter, when direct-to-consumer represents the most significant contribution of the year. 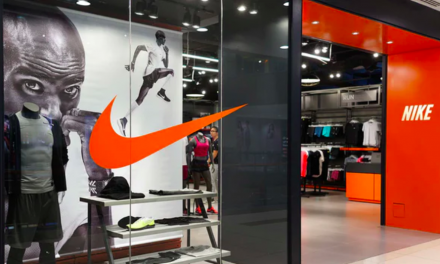