While that’s fraction of the more than 7,000 retail employees expected to attend the show next month in Salt Lake City, it demonstrates the kind of incremental progress show organizers were targeted when they announced the new regime in March 2013.

“We know there are imperfections and glitches in our system, and have been working through those as we apply a boutique housing approach to a mass demand situation,” Emerald Exposition Vice President and Outdoor Retail Show Director Kenji Haroutunian told The B.O.S.S. Report Friday. “We’ve successfully placed over 300 retailers in the downtown hotels who have been asking for it, but have been locked out in the previous system.”

Haroutunian also shared that sales of exhibition space have grown about 4 percent in square footage terms as 100 exhibitors rotate out of the show and are replaced by 200 who did not exhibit in 2013.

Haroutunian estimated that represents about 80 percent of the rooms at core convention hotels within walking distance of the Salt Palace. Downtown hotels hold back the remaining rooms to sell at market rates, which can be more than twice as high. To ensure its block goes to retailer buyers, exhibitors, reps and working media deemed most critical to the show’s success, Emerald began restricting its room block to registered attendees starting with last year’s summer show. Under the new system attendees who secured rooms in the downtown block the prior year, should be guaranteed a downtown room.

“We manage that by hand with a room-by-room placement method where we prioritize retail buyers, working media and long time exhibitors, very much like we manage the show floor with seniority,” said Haroutunian. “It's definitely imperfect. If people misspell their name or email, it can throw us off base.”

Emerald then hands the process off to Travel Planners, which it hired in 2012. Travel Planners takes attendee credit card information, books their rooms and handles their questions. The company also manages reservations for Emerald’s block of rooms at about 35 outlying hotels in the greater metropolitan area.

Some core specialty retailers, including members of Grassroots Outdoor Alliance, have said they will not attend the show next month after finding the new system made it more difficult for them to book rooms.

While it’s common for trade shows to outsource housing to companies like Travel Planners, Emerald has never had to insert itself into allocating hotel space the way it does in Salt Lake City.

“We have at least two more years in SLC and need to get our audience comfortable with lodging options outside of the core nine downtown hotels,” said Haroutunian. “We are moving toward a ‘citywide’ Outdoor Retailer that connects the dots between outside of downtown venues and lodging options, but this will take time.”

That’s time, Salt Lake City may not have. Emerald is only committed to holding the show in Salt Lake City through 2016. While 300 new downtown rooms are expected to come on line by mid-2015, they may not be enough to keep retailers, exhibitors and reps happy. The wild card in all this is the state legislature, which remains divided over whether to authorize tax incentives to lure a $300 million convention headquarters hotel to Salt Lake City with 850 to 1,000 rooms.

Emerald likes to announce show dates and locations two years in advances, so look for the company to make an announcement on 2017 dates at OR Winter Market 2015.

“I can't always get a room for core outdoor industry buyers from core stores who can't come to the show, not to mention other buyers coming from sporting goods retailers like Academy or The Sports Authority or running shops or big boxes like Nordstrom,” said Haroutunian. “We want those people and exhibitors want those people.” 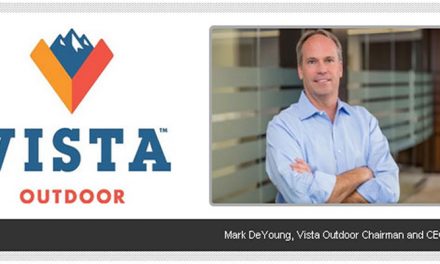