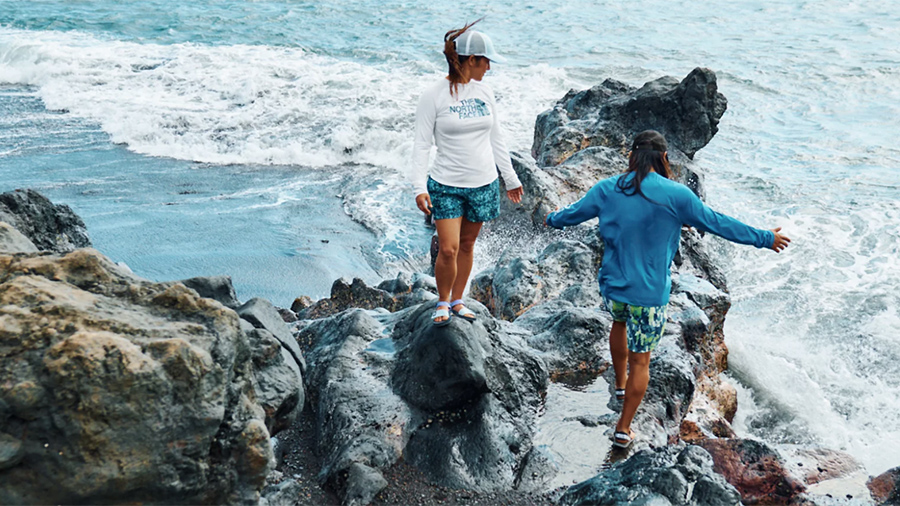 VF Corp. reported sales rose 12 percent on a currency-neutral basis in the fiscal fourth quarter ended April 2, with sales ahead 24 percent for The North Face and 2 percent for Vans. Earnings per share were ahead 67 percent, with both earnings and sales in line with Wall Street targets.

FY23 Financial Outlook
VF provided the following outlook for full-year fiscal 2023 based on these assumptions:

Steve Rendle, VF Corp. chairman, president and CEO said:
“I am pleased with the progress we have made advancing our strategic priorities while successfully navigating another eventful year. We largely delivered on the commitments we made at the outset of Fiscal 2022 by achieving broad-based growth across our family of brands. A portion of our active segment did not achieve its potential. We understand the issues, we have the right people in place, and we know we will do better.

“Our performance is a testament to the incredible breadth and depth of talent across our organization and our teams continue to be highly resourceful, committed and passionate. We will continue to thoughtfully invest in our brands and value-enhancing strategic growth opportunities, and I am confident VF has a long runway for sustained, profitable and broad-based growth ahead.”

The 45 cents on an adjusted basis was in line with Wall Street estimates. The $2.8 billion in sales was basically in line with the consensus target of 2.84 billion.

COVID-19 Update
To help mitigate the spread of COVID-19 and in response to public health advisories and governmental actions and regulations, VF has modified its business practices, including the temporary closing of offices and retail stores, instituting travel bans and restrictions and implementing health and safety measures, including social distancing and quarantines.

The zero-tolerance policy in China in response to COVID-19 is impacting some raw material suppliers in the country. The majority of VF’s supply chain is operational, and suppliers are complying with local public health advisories and governmental restrictions. Most final product manufacturing and assembly suppliers are back to normal operating levels. Continued port congestion, equipment availability and other logistics challenges have contributed to product delays. VF is working with its suppliers to minimize disruption and is using expedited freight strategically, as needed. VF’s distribution centers are operational, following local government guidelines while maintaining enhanced health and safety protocols.

In North America, no stores were closed during the fourth quarter. Currently, all stores are open.

VF is continuing to monitor the outbreak globally and will comply with guidance from government entities and public health authorities to prioritize the health and well-being of its employees, customers, trade partners and consumers. As COVID-19 uncertainty continues, VF expects ongoing disruption to its business operations.

Balance Sheet Highlights
Inventories were up 34 percent compared with the same period last year. VF returned approximately $194 million of cash to shareholders through dividends during the quarter. The company also repurchased about $50 million of shares during the quarter and has $2.5 billion remaining under its current share repurchase authorization.

Tax Dispute Update In Connection With Timberland Acquisition
As previously reported, VF petitioned the U.S. Tax Court to resolve an IRS dispute regarding the timing of income inclusion associated with VF’s acquisition of The Timberland Company in September 2011. While the IRS argues that all such income should have been immediately included in 2011, VF has reported periodic income inclusions in subsequent tax years. Both parties moved for summary judgment on the issue and, on January 31, 2022, the Court issued its opinion in favor of the IRS.

VF believes the opinion of the Court was in error based on the technical merits and intends to appeal; however, VF is required to pay the 2011 taxes and interest in the dispute or post a surety bond. It is anticipated that during fiscal 2023, the IRS will assess, and VF will pay, the 2011 taxes and interest, which would be recorded as a tax receivable based on VF’s expected probability of a successful appeal. The gross amount of taxes and interest as of April 2, 2022 was estimated at approximately $845 million and will continue to accrue interest until paid. VF continues to remain confident in its timing and treatment of income inclusion and is defending its position. However, should the Court’s opinion be upheld on appeal, VF may not collect this tax receivable. If the Court’s opinion is upheld, VF should be entitled to a refund of taxes paid on the periodic inclusions that VF has reported. However, any such refund could be substantially reduced by potential indirect tax effects resulting from the application of the Court’s opinion. Deferred tax liabilities, representing VF’s future tax on annual inclusions, would also be released. The net impact to tax expense estimated as of April 2, 2022 could be up to $700 million.