Led by a 10 percent gain at its Outdoor & Action Sports coalition, VF Corp.’s sales on a currency-neutral basis grew 8 percent in the first quarter. But like many companies with a big international presence, reported results were dinged by the strengthening dollar against most foreign currencies.

Gross margin reached 49.0 percent on a reported basis, down 40 basis points and in line with its expectations. Continued benefit from the shift of its revenue mix toward higher margin businesses was more than offset by the impact of foreign currency.

On a conference call with analysts, Eric Wiseman, chairman, president and CEO, highlighted a number of successes in the period, including growth on a currency-neutral basis of 6 percent in its Jeans coalition and 8 percent in Imagewear. Its companywide direct-to-consumer (DTC) business grew 11 percent and included mid-single-digit comps. International grew 9 percent with Europe up 4 percent, Asia up 17 percent and a 16 percent increase from its Americas non-US region.

The overall performance encouraged the company to increase its expectation for the EPS for the year to show a gain of 14 percent on a currency-neutral basis, up from its previous expectation of 12 percent.

“Our fundamental business is incredibly strong and the momentum we've established continues to build, said Wiseman. “Currency-neutral revenue, gross margin and earnings showed strong gains during the quarter making it a terrific start to year.”

Unfortunately, Wiseman noted that since it reported fourth-quarter earnings, the U.S. dollar has continued to strengthen against global currencies. Particularly debilitating has been the Euro, which has been as high as $1.21 and as low as $1.05 during the first four months of the year. The volatility has produced a negative 6 cents-per-share impact to earnings for the full year.

Said Wiseman, “This growth rate would, of course, be ahead of our 2017 plan for the second year in a row and clearly a bullish statement about our outlook for VF.”

At its Outdoor & Action Sports Coalition, revenues rose 10 percent on a currency-neutral basis (up 2.0 percent reported to $1.61 billion).

Scott Roe, VF’s CFO, Roe said the coalition across the board saw “solid growth” in both its wholesale and DTC businesses, “including positive results from nearly every brand and double-digit growth in Vans and Timberland and a high-single digit for The North Face.”

The top-line growth would have been stronger if not for the negative impact of a 53rd week, “which traded a very strong retail week in early January for a relatively weaker week in early April,” said Roe.

Operating earnings for the coalition declined 5.0 percent to $260.8 million but grew 7 percent on a currency-neutral basis. Operating margin came in 120 basis points lower than last year at 16.2 percent, predominantly due to changes in foreign currency rates, as nearly half of the outdoor action sports business in the quarter was outside of the U.S. The decline was also related to the impact from the 53rd week and increased DTC investments, including 116 additional retail stores compared with the same period last year.

“As we've seen during the past few years, the addition of stores earlier in the year pressures earnings in the first half while paying off in the second half, as we enter the peak retail season,” said Roe. For the full year, VF continues to expect currency-neutral revenues for the Outdoor And Action Sports Coalition will grow that a low-double-digit rate.

At The North Face, sales were up 7 percent on a currency-neutral basis (up 1 percent reported), in line with expectations. The performance was boosted by a 20 percent increase (up 13 percent reported) in its DTC business.

“Exiting the fall/winter season, inventories in our own stores as well as at our wholesale partners are very clean with excellent sell through as the colder weather wrapped around the world,” said Steve Rendle, SVP, Americas, on the call. “Looking toward the coming fall/winter season the brand's order book is in line with expectations and we feel very confident in our ability to deliver low double-digit global growth for the full year.”

By region, TNF’s revenues were up at a mid-single-digit percentage rate in the Americas. DTC was up more than 10 percent, including strong growth in e-commerce driven by solid increases in both traffic and conversion. North Face’s website, along with JanSport’s, will be relaunched with an upgraded platform to match recent upgrades at Vans and Timberland.

Regarding product, Thermoball saw triple-digit growth at both wholesale and DTC. TNF’s FuseForm technology was launched more broadly with the Dot Matrix Rain Jacket. Backed by a “meaningful increase” in marketing spend, the performance of FuseForm and feedback from consumers “thus far has been solid.” An even-broader FuseForm collection arrives this fall with the relaunch of its Summit Series collection.

Mountain Athletic training was also featured as part the TNF’s first-ever spring TV commercial. The line, which added women’s this year, “continues to gain momentum” and is helping better position TNF as a four-season brand.

The North Face international business was up at the low-double-digit rate, driven by more than 30 percent growth in DTC revenues. In Europe, revenues were up at a high-single-digit rate (down low-double-digit reported), driven by significant strength in its DTC business and comps greater than 25 percent. Thermoball, FuseForm and running footwear products all saw continued momentum and the region celebrated the 30th anniversary of the Mountain Jacket. In Asia revenues were up at low-double-digit rate on a currency-neutral basis, with both wholesale and DTC showing solid growth. For the full year, the company’s expectation for low double-digit currency-neutral revenue growth for TNF remained unchanged.

At Vans, currency-neutral revenues were up 16 percent (up 8 percent reported) including balanced growth in its DTC and wholesale businesses. The gain marked the brand's 22nd consecutive quarter of double-digit growth.

Revenues in the Americas region were up at a high-teen percentage rate (up mid-teen reported), with mid-teen growth in DTC and more than 20 percent growth at wholesale.

“We saw very strong growth in both footwear and apparel and are very excited to see significant momentum in one of our newest categories and lines, the Mountain Edition collection,” said Rendle.

The Mountain Edition looks like Vans but features weatherproofing, heat retention and traction technology, and is likewise expected help Vans efforts to become a four-season brand. Said Rendle, “After selling out of the entire line in its first season, demand for this coming fall/winter is very strong.”

In North America, Vans is gaining more traction in athletic channels, opening in Dick’s SG in the second quarter and working more closely with Foot Locker.

Innovative marketing approaches, including House of Vans pop-ups showing up at events like the South by Southwest and the SIA trade show, are also helping. Celebrations around Vans 50th anniversary taking place in 2016 are already being planned.

Vans international business was up at mid-teen rate (down low double-digit reported), driven by balanced wholesale and DTC results. In Europe, revenue grew at a mid-single-digit rate driven by more than 20 percent growth in DTC and solid results at wholesale. In Asia, Vans jumped more than 45 percent. In 2015, the company continues to expect a mid-teen currency-neutral percentage rate increase in revenues for Vans.

Timberland’s revenues were up 10 percent on a currency-neutral basis (flat reported) including a 16 percent increase (up 6 percent reported) in its wholesale business.

The Americas region recorded its sixth consecutive quarter of double-digit growth with sales up at a high-teen-percentage rate, driven by nearly 30 percent wholesale growth. Balanced gains were seen across the portfolio, including both men's and women's and footwear and apparel.

“In footwear it's been particularly exciting to see continued momentum in a women's collection, as new products hit the mark in terms of style, relevance and trend,” said Rendle. “In our industrial PRO line, the PRO Boondock and Powertain collections had especially strong results, as work consumers continue to respond favorably to these new innovative platforms.”

Timberland is also benefiting from its Mark Makers program, which taps influential trendsetters for social media campaigns. Timberland’s new website was launched on April 14 and Rendle said the company is “very encouraged by the early results, especially related to traffic and conversion. Continued success, balanced growth and amazing product, all reasons we continue to be very bullish on Timberland.”

MOST OTHER COALITIONS DELIVER TOP-LINE GROWTH

Nautica brand revenues were up at a low single-digit percentage rate driven by strength in wholesale sales. The Kipling brand’s revenues in the U.S. were up 9 percent compared with the same period last year. In the first quarter, operating income was up 2 percent to $13 million while operating margin was flat at 9.5 percent. 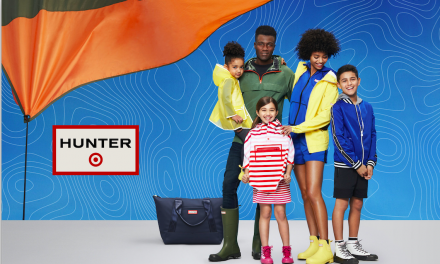 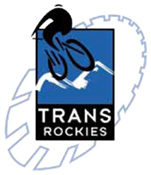 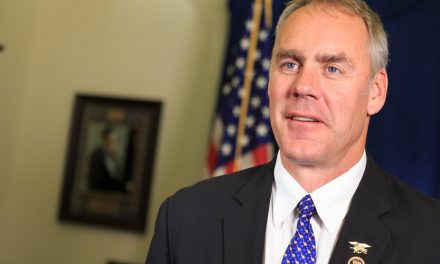