Iconix Brand Group indicated that Umbro, OP and Danskin were the highlights among its sports brands in the first quarter.

Neil Cole, Iconix’s CEO and president, on a conference call with analysts said Umbro’s sales rose 20 percent in the period. He noted that the soccer brand, acquired from Nike in October 2012, formed a new five-year partnership during the quarter with the newly crowned Dutch champion PSV Eindhoven, “which means Umbro will be part of next season's prestigious Champion League Tournament.”

Among its women's sports brands, Danskin Now, an exclusive brand at Walmart, “remains one of the top performing brands benefiting from a strong active wear trend.” OP, another exclusive at Walmart, also “performed well at Wal-Mart with particular strength in the swim category.”

Its men’s brands saw an overall decline of 9.8 percent primarily due to the Ecko brand. Its other sports and urban brands include Starter, Rocawear, Ed Hardy, Zoo York, Lee Cooper and Nick Graham.

An update on Pony, the sneaker brand acquired in February, was not given. Cole did say that he sees Pony and Strawberry Shortcake, another brand recently acquired, “generating increasing value you throughout the year for our entertainment and our sports platforms.”

Companywide, revenues in the quarter were down 17.9 percent to $95.4 million. Licensing revenues slid 15.0 percent to $95.4 million. Excluding $17.1 million of revenue recorded in the first quarter of 2014 related to the 5-year renewal of the Peanuts specials with ABC, licensing revenue in the latest quarter was approximately flat. Other revenue was $0 in the latest quarter as compared to $4.0 million of other revenue recorded in the first quarter of 2014 for its Lee Cooper transaction.

Cole said overall results in the quarter were “broadly in line with our expectations.” Strong results are expected for the second half of the year and the company reaffirmed its guidance with the help of double-digit international growth.

Cole also addressed the departure of both its COO and CFO in a two-week time span in early April that impacted its stock. He said, “As a matter of policy, we do not comment on personnel matters, but would like to tell you that these departures were completely unrelated to one another. And while they took place in close proximity, each executive left the organization for their own reasons.”

Shopko and Pamida to Merge 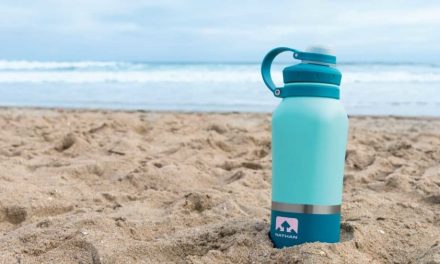 Nathan Teams Up With Ocean Conservancy