VF Corporation last year launched a new global growth strategy focusing on building its portfolio of lifestyle brands. Last week, VFs management gathered in New York City to update analysts and the media on the progress made toward achieving these goals. Across all brands and businesses, the company is anticipating 6% to 8% top-line growth with 3% to 4% organic growth and 3% to 4% of additional growth through acquisitions. The majority of this growth is expected to come from the companys newer lifestyle business, while the heritage businesses, jeans and intimates, are expected to show flat to low-single-digit growth. Outdoor and lifestyle brands are expected to show high-single- to low-double-digit growth.

Today, heritage brands are roughly 65% of the business, with lifestyle making up for the remaining share. By 2010, VF expects these roles to reverse, with lifestyle contributing 55% to 60% of the total and heritage brands delivering 40% to 45% of sales. With half of the growth in VFs business coming from acquisitions, the company has created some specific criteria for new businesses. First and foremost, an acquisition must reinforce VFs lifestyle brand strategy and either leverage VFs existing platforms or add to their capabilities. New acquisitions will also provide international growth potential and the company wants to focus on dual gender or brands with female appeal. A new brand must also have a 17% return on capital and minimum high-singles growth potential with 14% operating margin potential.

VF has a very strong acquisition track record, especially in the outdoor and action sports arena. When the company acquired The North Face in 2000, it had revenues of $238 million with significant operating losses. Today, the brand produces revenues of over $540 million and has an 18% operating margin. VF Corp. believes that TNF can achieve over $1 billion in sales within five years with a compounded annual growth rate of roughly 15%.

TNF sales for 2005 are expected to grow by 20% to 22%, with sportswear sales  including Tekwear, Flight, and A5 products – increasing 29%, and footwear sales increasing 40%. TNF pre-season booking are up 36%. TNF sees footwear as the biggest product opportunity since the global rugged footwear market is roughly the same size as the outdoor apparel market at $3.2 billion each. Footwear sales only account for 10% of TNF branded sales today.

To fuel additional growth in footwear, TNF will double their RD&D staff in 2006, hire footwear specific sales representatives, and increase the categorys marketing spend. Footwears average annual sales are expected to increase by 34% through 2010. The North Face also expects aggressive growth from sportswear, with average annual growth forecast at 15% through 2010.

Additional growth is expected to come from expanding the brands owned-retail presence and partnership stores. TNF currently has 10 owned-retail locations and 15 partnership stores, a number that is expected to increase substantially by 2010, including the potential roll-out of TNF branded mall-based shops. TNF retail comp store sales are forecast to grow roughly 15% in 2005. TNF is also eying international expansion, especially in Eastern Europe, Russia, and Asia.

Mike Egeck, president of VF Corps Outdoor Coalition, told investors, analysts, and the media that, contrary to popular belief, The North Face brands growth is not driven by broader distribution and lower price points. Since VF acquired the brand in 2000, TNF has closed more doors than it has opened and average selling prices continue to climb.

At Vans, the brand reported sales of $353 million and an operating margin of less than 3% at the time of the acquisition. VF saw Vans as a $500 million opportunity and thought it would take “several years” to bring the brand up to their operating margin standards. Today, Vans is a full year ahead of schedule with $390 million in sales. In addition, Vans has already met operating margin goals of 13%, and VF management now believes the brand can exceed $600 million in five years. Pre-season bookings for the Vans brand are 42% ahead of last year.

VF expects Vans apparel to grow by 32% per year over the next five years with several product extensions planned. In their “core line” product, Vans will introduce skate lifestyle sportswear and a new snow apparel line in the Spring and Fall of 2006, respectively. The brand will also launch a boutique apparel line in Spring 2006, a young mens apparel line in Fall 2006, and boys apparel in Spring 2007. Footwear is expected to grow 7% per year over the next five years. Vans classics sales tripled in 2005 and that rate is expected to continue as growth accelerates in the category in Europe. The brand will also be launching an action sports lifestyle collection to complement their core skate footwear offering. Vans owned-retail comps are up 23% for 2005.

Reef 2005 sales and operating income are well above plan and 2006 pre-season bookings are up 32%. VF will accelerate Reefs apparel offering with the first new product offerings hitting the market in spring of 2007 followed by juniors in 2008. Reef will also expand their RD&D infrastructure and is looking to sign a marquee team rider. Apparel growth is expected to be 76% per year for the next five.

Napapijri 2005 sales increased 10% with 2006 pre-season bookings up 23%. The company will fuel future growth primarily through geographic expansion and improvements to infrastructure. Currently, demand is so high in the U.S. and Western Europe that it cannot fill all of its orders. VF sees Napapijri as a $200 million opportunity through 2010.

Across all brands, VF is planning on a massive expansion in its owned-retail stores, adding roughly 350 full-price locations and 60 outlets in the next four years. The company stated that this strategy will allow them to showcase the full product line from each brand as well as the lifestyle associated with that brand. The “appealing economics of the vertical model” were also listed as a top reason for the retail expansion. By 2009, VF expects roughly 18% of its revenues to come from owned-retail operations. If all goes according to plan, VFs Chairman and CEO, Mackey McDonald, claims that the company will be transformed from a manufacturer of commodity apparel into a marketer of branded lifestyle goods. 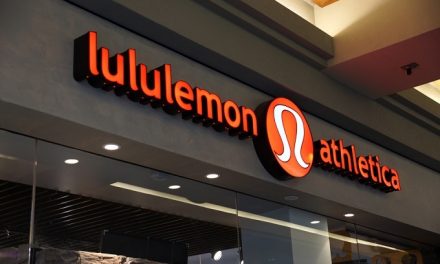