Shoe Carnival believes economic conditions are the primary reason behind its customer traffic declines this year, but feels weak product is also partly to blame.  “We are not getting the fashions,” said company CFO Kerry Jackson at the Thomas Weisel conference. “Even though there is some discretionary income, that consumer's not saying, 'I've got to have footwear.' There isn't a fashion trend out there driving our stores.”

Jackson said that the athletic side has been drown-trending for three years, and it's not known if it's bottomed out yet. He did point out that Nike and Sketchers, its number one and two brands respectively, have been strong. On the non-athletic side, Jackson noted that significant comps were achieved in '05 and '06, but it's become a mature market “and with the decline in customers, it's comping down for us.”

Overall, Jackson blames additional pressures being put on consumers by declining home prices and the problems around sub-prime mortgages.  “I think what we've had is we've had a customer who's been fighting with rising prices from gas and health care, and now has been either further pressured, because they're not getting the value out of their house, and if they're in subprime mortgage situation, they may be having difficult resets,” said Jackson.

Looking ahead, Jackson said Shoe Carnival doesn't expect customer traffic to turn around this year and plans to keep inventories lean as a result.  “We think that we're not going to see as many customers in the second half this year as we did last year, so we want to maximize the profitability of each of those consumers that are coming in the door,” said Jackson. “We're going to do that by raising our average retails, partly by having less clearance, and that will help to improve our gross profit margin.”

Nonetheless, Jackson said Shoe Carnival plans to ramp up its expansion in 2008 to 30 to 40 new stores, up from 21 opened this year.  Asked during the Q&A session about its expansion plans, Jackson said many good locations are opening up as Kohl's, Target and JC Penney's accelerate their growth.

“I don't think we have seen this many good sites in such a short amount of time in years, if at all.  So we want to continue to grow, and take advantage of that real estate, because we've seen these patterns before,” said Jackson. “The economy is cyclical, our consumer is cyclical, we're not quite sure how deep this slow down may be, but we've got the balance sheet to weather it, and we've also got the balance sheet to continue to grow, as we go through it.”

Under Armour is focused on the international opportunity, and according to company CEO Kevin Plank, that means Europe, primarily Western Europe. Speaking at the PJ conference in London, Plank said building the business outside of the U.S. is a long-term strategy, perhaps hoping to temper analyst expectations the brand will take the market by storm like it did in the U.S. Canada and Japan are currently the strongest international markets and Europe is the next international focus. UA opened their EU headquarters in Amsterdam roughly 18 months ago and have had sports marketing on the ground for the last four years in Europe.

The company is taking a long term approach with European sports.  UA is not going to do any big athlete or team signings immediately, but they will invest in multiple types of sports.  This tactic is an effort not to get locked into one sport  so the brand does not become the EU soccer brand or tennis brand. They are looking at soccer and tennis athletes, but they are also looking at hockey, team handball and volleyball.

On the outdoor side, Plank highlighted the brands recent launch into outerwear as an entry point into the “mountain category.” He said that the strategy is not just to sell a lot of outerwear, but to use this as an entry point to sell base layers. Their goal is to take on “a lot of niche labels” in mountain base layers and pull the entire category under one brand – Under Armour.

Crocs is also looking at Europe as a major opportunity. This most recent quarter, the company was getting roughly 42% of its revenue from the EU and the other 52% from the U.S. Longer term, the company sees both regions equaling roughly 1/3 of sales with the Far East taking the final 1/3. The brand is currently “very strong” in the UK, Benelux, Germany and Scandinavia.

Crocs has about 27,000 doors now around the world, about 500 more than at the end of Q2.  Crocs will also look at acquisitions as it has in the past. The company has completed deals so far including Ocean Minded, Jibbitz and Bite. Crocs said that Ocean Minded and Bite are both footwear brands that will be rolling out new designs using Crocs Crosslite material.  Management compared Bite to Merrell in the outdoor market.

Cabelas president & CEO, Dennis Highby, told the audience in New York about the market share and square footage battle taking place in hunt/fish outdoor retail. CAB is opening six new stores over the next nine weeks, the most rapid expansion the retailer has seen in its history. To put this in perspective, when the company first went public in 2005, there were only eight Cabelas stores in the country. Today there are 26 stores and the company feels there is room for at least 50 large format locations. Cabelas is now saying that there is room in the market for as many as 100 smaller 80,000 square foot stores in smaller markets.

Currently Cabelas merchandise mix is roughly 33% Cabelas branded products. Roughly 35% of the retailers sales come from apparel, 15% to 20% come from camping hardgoods, and the remainder comes from “various hardgoods.”

Since it has started aggressively expanding its retail storefronts, Cabelas has found that customers that shop only one channel, usually Internet or catalog, average about $200 per year. When they shop two channels, that number goes up to $300. When they get a retail door within driving distance, that number goes up to $400. One example of what their retail presence is doing for direct sales is Utah. Before the 165,000 square foot Salt Lake City store opened, CAB was doing about $11 million in business in the state of Utah. Now they are doing roughly $60 million in business in the state.

Deckers CEO Angel Martinez began his presentation with an overview of the companys largest brand, UGG. The brand has seen nine consecutive years of double-digit growth and management expects that by 2010 to 2012 it will be at $500 million. While Simple is Deckers smallest brand, Martinez feels like it is the one with the largest opportunity. By becoming the “world leader in sustainable footwear,” DECK management feels that Simple can become the largest brand in their portfolio.

Teva has formed a new mission statement stating that the brand “is to be the brand of choice for the new outdoor athlete.” Martinez pointed out that athletics has changed and is now focusing on more individual sports. He said that by 2010 Teva will be a $175 million brand. Part of his objective in doing this is to get rid of the “45-year-old wearing Tevas with white socks” image in some consumers minds.

Sport Supply Group (formerly Collegiate Pacific) looked to the future in its presentation, saying that fiscal 2008 revenues should be approximately $250 million with earning between 60 and 70 cents per share. To reach the sales number, the company expects its Catalog Group to provide $150 million and the Road Sales Group to provide the rest.

Management noted that the Catalog Group is strong during the first, third and fourth quarters with over 90% of its sales in equipment. Baseball and Softball are the key sports for this division. The Road Sales Group finds 90% of its sales in uniforms with the first half of the year the strong part of its business.

The company also said that looking at fiscal 2009, it expects to accelerate top-line growth while looking to inject new products and brands into the mix as well as looking at possible acquired growth opportunities. 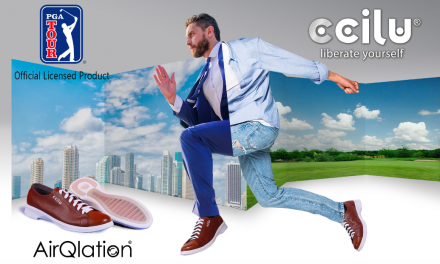