Vail Resorts Inc. reported its retail and rental sales grew 11.2 percent in the third quarter ended April 30 compared to the same period the prior year due primarily to growth at its Colorado and Utah stores and incremental revenue generated by Hoigaard's, a St. Louis, MN retailer it acquired in April.

The growth was partially offset by a decrease in on-line sales due to the shutdown of an on-line retailer as it transitions to a different approach to on-line sales. Rental revenues also declined at stores near its three Tahoe resorts as a result of the decline in skier visitation due to the poor conditions in the region.

Vail Resorts operates the mountain resorts of Vail, Beaver Creek, Breckenridge and Keystone in Colorado; Heavenly, Northstar and Kirkwood in the Lake Tahoe area of California and Nevada; Canyons in Park City, Utah; Afton Alps in Minnesota and Mt. Brighton in Michigan; and the Grand Teton Lodge Company in Jackson Hole, Wyoming. The company said early sales of season passes for the 2014/15 winter season are running 14 percent ahead of last year, indicating strong consumer demand heading into next winter.

Ski School revenue increased 16.8 percent, or by $9 million and Dining revenue grew 11.7 percent, or $4.4 million.
The company upped its earnings guidance for fiscal 2014 after reporting the stronger than expected results, which it attributed to primarily to its Colorado resorts.

“Our results in Colorado were particularly encouraging,” Katz continued. “Compared to the prior year, total visitation at our Colorado resorts increased 5.6 percent, ski school revenue increased 11.3 percent and dining revenue increased 9.5 percent, despite the unfavorable late timing of Easter in the current year.  Our overall results continued to be negatively impacted in the quarter by the poor snowfall and warm weather experienced in Tahoe throughout the season.  Late season storms helped mitigate early season declines and brought back more local California visitors with total visitation for the third quarter down only 4.4 percent compared to the prior year.  Throughout the ski season, our Tahoe resorts consistently delivered some of the best conditions in the marketplace.” 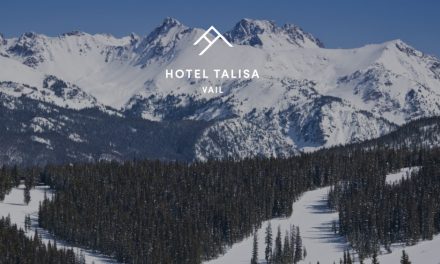