Vail Resorts, Inc. reported winter season-to-date total lift ticket revenue at the company's six mountain
resort properties, and including an allocated portion of season pass
revenue for each applicable period, was down approximately 0.3 percent
through April 22, 2012, compared to the prior year season-to-date period
ended April 24, 2011 despite a decline in total skier visits of 12.6
percent for the same time periods.

Other highlights of its winter season included:

The figures cover reported certain ski season metrics for the comparative periods from the beginning of the ski season through April 22, 2012, and for the prior year period from the beginning of the season through April 24, 2011. The interim data excludes Kirkwood, which was acquired on April 12, 2012, and are subject to fiscal quarter end review and adjustments.

Commenting on the 2011-12 ski season, Rob Katz, chief executive officer said, “This was one of the most challenging weather seasons in the history of the United States ski industry marked by historically low snowfall and one of the mildest winters on record.  These highly unprecedented weather patterns extended over much of the season including the key Christmas, Spring Break and Easter periods, adversely impacting terrain.  Cumulative snowfall at our six resorts was down more than 50 percent over the prior season.  In the face of these unprecedented conditions, we were very pleased with the resiliency demonstrated in our business. Season-to-date, our total lift ticket revenue declined 0.3 percent despite a 12.6 percent decline in skier visits, with our Colorado resorts off 8.9 percent in visits and our Tahoe resorts, excluding Kirkwood, down 24.2 percent in visits.  Ski school revenue increased 0.3 percent while dining and retail/rental decreased 4.0 percent and 0.3 percent, respectively, with all categories benefiting from a strengthening consumer spending pattern.  Ancillary revenue per skier visit, including ski school, dining, and retail/rental, increased 13.4 percent per visit buoyed by increased yields from our luxury and international guests.  Our performance highlights the strength of our season pass program as well as our industry leading snowmaking capabilities and expertise in grooming and mountain operations, further differentiating our resorts by exceeding guest expectations in both terrain availability and quality.  Additionally, we saw a critical benefit in the current year's environment from the investments we have made across our resorts in constantly improving and broadening the activities and amenities both on mountain and in our base villages, as well as our steadfast commitment to delivering the best possible guest service experience.”

Regarding guidance, Katz added, “Rather than improving, weather conditions and snowfall in late March and April continued to be very challenging, particularly in Colorado.  As such, we currently believe that our Resort Reported EBITDA results for fiscal 2012 will fall slightly below the low end of the guidance range issued on March 6, 2012, but would represent only a mid-single-digit percentage decline over the prior year after adjusting for one-time acquisition and litigation settlement related items in both years.”

Discussing spring season pass sale results, Katz continued, “Despite the challenges this past season, I am pleased to report that our spring season pass sales for the next ski season (2012-2013) have been strong and will exceed our prior year total spring season pass sales in both units and sales dollars, adjusted as if Kirkwood were owned in both periods. This is particularly heartening considering the record high season pass sales we reported in spring 2011.  This creates early momentum for next year and reflects the loyalty and commitment we have from our customer base and their confidence that we will again deliver an exceptional experience in the coming ski season.”

Vail Resorts, Inc., through its subsidiaries, is the leading mountain resort operator in the United States. The company's subsidiaries operate the mountain resorts of Vail, Beaver Creek, Breckenridge and Keystone in Colorado, and Heavenly, Northstar and Kirkwood in the Lake Tahoe area of California and Nevada, and the Grand Teton Lodge Company in Jackson Hole, Wyoming. The company's subsidiary, RockResorts, a luxury resort hotel company, manages casually elegant properties. Vail Resorts Development Company is the real estate planning, development and construction subsidiary of Vail Resorts, Inc. 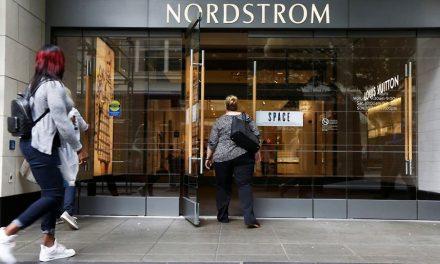