Wildlife officials in Idaho and Montana are preparing for the upcoming wolf hunting seasons in both states, according to a report by the US Sportsmen's Alliance.

The organization said the work being done could become a moot point depending on the outcome of a court case concerning the possible renewal of Endangered Species Act (ESA) protections for the Northern Rocky Mountain wolf population.

During a July 7-8 meeting of the Idaho Fish and Game Commission, a staff briefing indicated that the Commission will be considering several changes to the state’s wolf season during its August meeting. These changes would include the use of trapping and electronic calling in certain areas.

The actual quotas for the season will be decided at the August meeting as well. Meanwhile on July 8, the Montana Fish, Wildlife and Parks Commission issued a unanimous decision that it will increase the number of wolf tags from 75 last year to 186 for the upcoming season. Despite the decisions being made by wildlife professionals in Idaho and Montana, it remains uncertain if there will be a season at all.

As the U.S. Sportsmen’s Alliance previously reported, federal Judge Donald W. Molloy heard arguments on June 15 from both sides of the debate over the removal of gray wolves in the Northern Rocky area from the Endangered Species List. Idaho and Montana each had wolf seasons in 2009 after the Northern Rocky Mountain wolf population was removed from the Endangered Species List in those states.

In September of 2009, the US Sportsmen's Alliance said Judge Molloy refused to block the then scheduled hunts in Montana and Idaho as requested by a coalition of anti-hunting groups that had filed suit against the U.S. Fish and Wildlife Service (FWS) for delisting the wolves.

However, the decision left open the larger issue of relisting the population. The key issue that will determine whether the wolves are placed back under ESA protection revolves around whether the FWS could “split protection” between states. The antis argued that this is what FWS did by maintaining protections for wolves in Wyoming, which is also within the Northern Rocky Mountain region, while removing them in Idaho and Montana. They argued that if any of the population is threatened, the entire population must be listed. Attorneys representing the FWS argued that both the Bush and the Obama administrations approved of the delisting and that Congress intended to have flexibility in protecting species under the ESA. 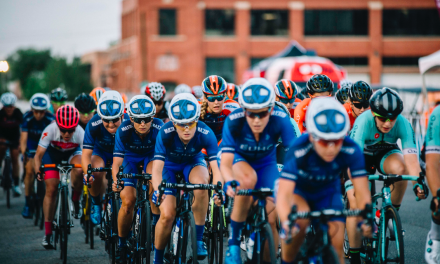 VF Corp. Signs On As Title Sponsor Of Colorado Classic