USOC Reduces Board by 91%; May Pare Medal Hopes…

The U.S. Olympic Committee has put to bed much of the rankling and infighting that has plagued the organization over the last few years, voting last weekend to cut the size its board to just 11 directors from the previous 123 members.

The board also dissolved its policy-making executive committee.

One hundred current board members voted for the reduction and only five no votes were cast by the 105 board members in attendance. The USOC is reportedly pushing to have the new board in place “well before” the 2004 Olympics in August, with a preliminary March date targeted.
The dissenting votes were all cast by members representing disabled athlete groups that felt they would lost a voice in the governing body.

Rather than install a new CEO, USOC acting president Bill Martin said he will recommend no changes be made to the USOC senior staff, including interim CEO Jim Scherr, until at least after the Athens Games.

“We do not want to see any changes in (staff) leadership through Athens,” Martin said in a published report.

However, the U.S. Congress is moving  albeit slowly — on its own version of USOC reform, but the current Congressional plan does not jive with IOC guidelines. The USOC adopted a board structure consisting of four directors with no USOC ties, two sports (national governing body) representatives, and two athlete representatives. Three U.S. International Olympic Committee members have limited voting power. The U.S. Senate's bill, which has already passed, has five independent directors, two NGB and two athlete representatives, along with the three IOC members.

The Congressional action could override what the USOC did last week, but the USOC moved ahead the new federal law has no specific timetable. “It could take weeks or even months”, said one official. The U.S. House has not yet passed its bill, which is similar to the Senates version.
In other news, the USOC projecting U.S. athletes to win more than 100 medals in Athens, a number that could be reduced if athletes implicated in recent the doping scandal are suspended. 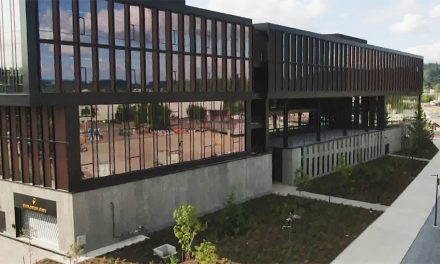