The Company continues to have the benefit of its $345 million
senior secured credit facility with a syndicate of banks led by Fleet
National Bank, which was recently increased by $20 million in
September 2003. The Company has obtained a new waiver from its bank
group extending to January 30, 2004 its requirement to provide audited
financial statements for the fiscal year 2002, as well as unaudited
financial statements for the third quarter of fiscal year 2002 and the
first three quarters of fiscal year 2003. As a condition for the new
waiver, the Company has agreed with its lenders that the Company will
be subject to a prepayment premium of 100 basis points on all
terminations or reductions of commitments under the $255 million
revolving portion of the credit facility that are made on or prior to
July 31, 2004. In addition, the time period for the previously agreed
prepayment premium on the term loan portion of the credit facility was
extended from May 24, 2004 to July 31, 2004. All other terms of the
credit facility remain unchanged. As of September 27, 2003, there was
$90 million outstanding under the term portion of the credit facility
and approximately $180 million outstanding under the revolving portion
of the credit facility (including letters of credit). Based upon the
borrowing base availability calculation contained in the credit
facility, as of September 27, 2003, the Company had approximately $27
million of availability remaining after the application of the
required $20 million in minimum excess availability. While the Company
is continuing to consider whether its indebtedness under the credit
facility should be classified as current, the Company believes that
the classification of this indebtedness as current will not have any
effect on the covenants or representations of the Company under the
credit facility. The new waiver is also conditioned on a requirement
that the Company represent that the maximum impact on earnings with
respect to the restatement will not exceed $55 million in the
aggregate. If the final impact of the restatement on the Company's
earnings exceeds $55 million in the aggregate, the Company would have
to seek a further amendment and waiver from its lenders in order to
avoid an event of default under the credit facility.

As discussed below, the previously disclosed investigation
conducted under the oversight of the Audit Committee determined that
there were numerous instances of incorrect accounting as well as
significant internal control failures at the Company. The Company is
addressing the incorrect accounting and internal control failures
identified during the investigation, also as discussed below. The
investigation determined that during the period at issue:

The system did not contain adequate controls over manual entries,
and management did not appropriately document the process for making
manual entries.

On September 15, 2003, the Company announced the implementation of
its Remediation Plan and Disclosure Controls policy. The Company is
committed to focusing its management team and associates on the
effective implementation of this Remediation Plan and Disclosure
Controls policy. As part of this effort, the Company recently hired
Richard Robbins as Senior Vice President of Financial Reporting. In
this new position, Mr. Robbins oversees the Company's accounting and
financial reporting functions and reports directly to Steve Wilson,
the Company's Chief Financial Officer. Mr. Robbins also has a
dotted-line responsibility to the Chief Executive Officer with respect
to financial reporting matters. Mr. Robbins has over 30 years of
experience in public accounting with Arthur Andersen, where he was a
Partner for 24 years until 2002. Since 2002, Mr. Robbins has provided
financial, accounting and operational consulting services to private
and public companies.

All financial information provided in this release is unaudited. The final impact of the restatement will depend upon the final determinations being made by the Company and the completion of the audit and review by KPMG LLP. As a result, there may be changes to the financial information provided in this release that are material, individually or in the aggregate, to the Company's financial
condition, results of operations or liquidity.

The following tables summarize the Company's updated estimates of
the impact of the accounts payable discrepancies as well as the five
additional accounting areas requiring restatement that were described
in the Company's September 15, 2003 press release, with an explanation
of the principal reasons for the changes:

As discussed in the September 15, 2003 press release, in connection with the ongoing audit of its fiscal year 2002 financial statements, the Company reviewed the valuation of its deferred tax assets based on projections of its future taxable earnings. Although the Company anticipates future profitability, due to the Company's
historical losses, for accounting purposes the Company cannot rely on expected future profits to utilize its deferred tax assets. As a result, the Company could not conclude that it is more likely than not that the deferred tax assets will be realized and expects to record a
non-cash valuation allowance in the range of $74 million to $78 million, or $3.62 to $3.82 per diluted share, for fiscal year 2002 in accordance with the Statement of Financial Accounting Standards No. 109, “Accounting for Income Taxes.” This allowance will be primarily
recorded during the third quarter of fiscal year 2002 and adjusted in future periods for deferred tax activity.

In addition, the Company provided its current expectations for its
financial performance in fiscal year 2003, as follows: 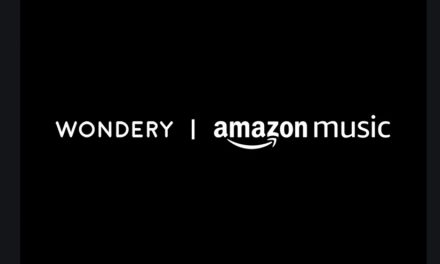