Jamaican sprint superhero, world record holder and Olympic gold medalist Usain Bolt announced today he has renewed his contract with global sportlifestyle brand and long-term sponsor Puma until the end of 2013.  While the specific terms of the contract are undisclosed, the figure is by far the largest ever given to a Track & Field athlete, positioning Bolt as a top earner in the world of sport, a further acknowledgement of his astonishing achievements over the past two years.

Until the end of 2013, Puma will continue to be the official supplier of performance, training and lifestyle apparel and footwear for Usain Bolt.  Bolt will play a pivotal role in Puma’s global marketing campaigns and serve as the central figure in the sportlifestyle company’s London 2012 Olympic program, expected to be launched early in 2011.  Puma and Bolt will continue to collaborate on the development of key product lines, building on the 2010 “Bolt Collection” launch, a range of apparel, footwear and accessories that the sprinter helped develop which include graphic elements representative of Bolt and his beloved Jamaica. Compelling new product initiatives will be launched in 2011 and the years that follow.

Bolt and Puma have forged a close relationship over his formative years.  When the World’s Fastest Man was just a boy of 16 in 2003, Puma signed the junior sprinter. The brand and the athlete have matured together and Bolt, now 24, has emerged as the one of the world’s most talented Track and Field athletes, winning three gold medals in the 2008 Beijing Olympics and smashing two world records in the 100m (9:58) and 200m (19:19) at the World Championships in Berlin in 2009.  Puma, like many Bolt enthusiasts, believes the best is yet to come.

“Usain Bolt has been a revelation for Track & Field athletics,” said Jochen Zeitz, Chairman and CEO of Puma AG.  “He’s shined a global spotlight on the sport; his winning personality and phenomenal physical prowess are a unique combination. The way he both engages his fans and is energized by them has helped his popularity escalate to extraordinary levels over the past two years.”  Zeitz continues, “Usain has been a tremendous force for the Puma brand. He embodies the joy, playfulness and irreverence that are the cornerstone of our brand.  His Lightning Bolt ‘To Di World’ pose from the Beijing Games in 2008 is now one of the most recognizable symbols in sport. He’s obviously a lot of fun to work with.  From a performance standpoint, he has reset the bar for speed on the track, and we’re not sure he’s even hit his top gear yet.  It’s going to be an exciting few years ahead and we’re thrilled to be along for the ride.”

“Puma’s been by my side since the beginning, before anyone knew what I was capable of achieving,” said Usain Bolt. “They saw potential in me and they took a chance, supporting me all the way, especially when things weren’t easy for me due to injuries I suffered in my teens. We’ve been partners in the truest sense of the word since day one, and so it’s an easy decisionto re-sign with them,” continued Bolt. “Puma gets me; we fit together. They take the business of running seriously, but we also know how to have fun, to be spontaneous. We both bring a lot of personality to the sport.”

While Usain Bolt is undeniably one of the brand’s greatest ambassadors, Puma’s investment in Track & Field in Jamaica is far more extensive than supporting him alone.  Since 2002, Puma has also sponsored the Jamaican Amateur Athletic Association (JAAA), which is the governing body for Track and Field in Jamaica, and the Jamaican Olympic Association.  In addition to this, Puma helps to foster young talent through sponsorship of 7 high school track and field programs.  This partnership also drives the annual ISSA Boys & Girls Track and Field Championships, dubbed “The Champs” which is lauded as the most popular sporting event in Jamaica and the place where many of the world-renowned sprinters got their start.  Additionally, Puma is a partner of pre-Champs meets including the Gibson Relays and various Invitationals.  Outside of the high school sphere, Puma is the main partner of the Reggae Marathon, which takes place each December in Jamaica and draws distance runners from all over the world. 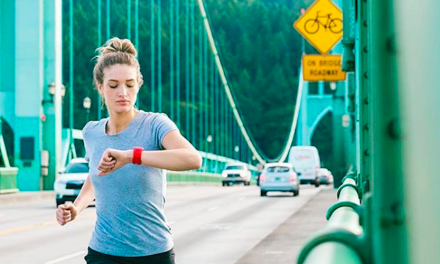