USA Triathlon . announced Staci Brode, Ben Collins and Joel Rosinbum as the newest members of the organization’s 12-member Board of Directors. The trio recently began their terms of service.

“As we enter 2015, USA Triathlon faces significant opportunities with our constituents, events and programming. Staci, Ben and Joel bring new and diverse voices to the Board, the leadership of our organization, which will undoubtedly contribute greatly to the success and growth of our Federation and our sport,” said Barry Siff, USA Triathlon Board of Directors President. “I am extremely excited to welcome these three excellent, capable individuals to the USA Triathlon Board of Directors.”

Brode (Dallas, Texas) was appointed by the Board of Directors to fill a vacant seat in the South Midwest Region and will serve her term through the end of 2015. She has been a respected triathlon coach and race director since 2004, and earned USA Triathlon Level II Race Director Certification in 2010. Brode is the President of Playtri, overseeing race production for more than 25 events and general operations of the company, which also includes five retail stores in the Dallas-Fort Worth area. In her role with Playtri, Brode also has involvement with coaching and group training programs, youth programs and triathlon camps. Prior to triathlon, Brode was employed by General Mills and Johnson & Johnson.

Collins (Chicago, Ill.) assumes a seat on the USA Triathlon Athletes' Advisory Council (AAC) by virtue of his election to the Board as an Elite/Pro Athlete Representative, as appointed by a pool of elite athletes. An elite triathlete since 2008, Collins logged nearly a dozen top-10 finishes in ITU draft-legal events before switching his focus to non-drafting events. In 2014 he picked up a trio of wins and won the Toyota Triple Crown Championships, and also served as a sighted guide at ITU World Triathlon Chicago for PT5 champion Aaron Scheidies, who is visually impaired. Collins comes from a swim background and swam for Columbia University, where he was the Ivy League champion in the 400 individual medley.

Current AAC member Rosinbum (Austin, Texas) will also serve as an Elite/Pro Athlete Representative through 2016, and is the first paratriathlete to serve in this role. Competing in the PT4 sport class, Rosinbum has finished on the podium at the USA Paratriathlon National Championships every year since 2009. He has also represented the United States at a number of international events, including ITU World Paratriathlon events and World Championships. Rosinbum rowed crew in college for the University of Portland from 2000-04, and he competed in triathlon prior to a ski accident in 2007 that paralyzed his right arm. Following his accident, Rosinbum stuck with triathlon as a means of staying healthy and plans to vie for a spot on the U.S. Paralympic Triathlon Team when the sport makes its debut at the 2016 Paralympic Games in Rio de Janeiro. 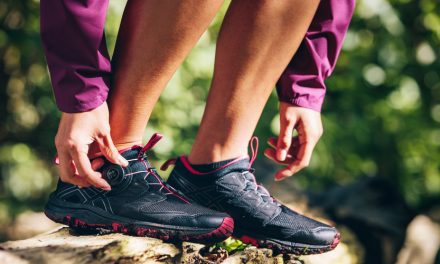