Season-to-date skiing and snow board visits declined in the east and grew modestly in the west outside Colorado, according to two of North America’s larger mountain resort owners and operators.

Intrawest Resorts Holdings Inc. reported total lift ticket revenue through Jan. 4, including an allocated portion of season pass revenue for each applicable period, grew approximately 3.3 percent on a 0.8 percent decline in skier visits compared to the season-to-date period ended Jan. 5, 2014. However, ski school revenue grew 8.8 percent and retail/rental revenue grew 5.3 percent, while food and beverage and lodging revenues were down 1.1 percent and 5.8 percent, respectively. The results exclude Blue Mountain Resort in Ontario, Canada, which was not 100 percent owned in the prior year period.

SNOW was able to offset the late snow in the East with revenue from season pass and frequency product sales, pricing initiatives, snowmaking and strong results at its Steamboat and Winter Park resorts in Colorado, where lift ticket revenue grew 8 percent. With the return of cold weather, CEO Tom Marano said the company’s resorts in Quebec, Vermont and West Virginia now have approximately 90 percent of terrain open versus less than 60 percent at the beginning of the Christmas holiday period.

Vail Resorts reported that as of Jan. 11, season-to-date total lift ticket revenue at nine of its 10 mountain resorts, including an allocated portion of season pass revenue for each applicable period, was up 9.3 percent on a 1.8 percent increase in total skier visits compared to the season-to-date period ended January 12, 2014. The comparison was adjusted as if Park City was owned in both periods.  The data exclude results from MTN’s ski areas of Afton Alps and Mt. Brighton in Minnesota and Michigan.

The outlook for the balance of the season remains buoyant in the West, according to Destimetrics, which tracks forward-looking reservation data from a sample of approximately 290 property management companies in 19 mountain destinations in Colorado, Utah, California, Nevada, Oregon and Wyoming. Destimetrics said that as of Dec. 31, 2014, aggregated occupancy “on-the-books” is up nine percent compared to the same time last year and is accompanied by a 14.5 percent gain in revenue for the full season from November through April.

“As mountain resorts head into the prime winter months, the data is showing continued strength in the destination tourism segment of the industry,” said Ralf Garrison, director of DestiMetrics.  “The perception of good early conditions and continued positive economic news is creating the potential for some resorts to surpass the record-setting 2007-2008 ski and snowboard season if the trends continue.” 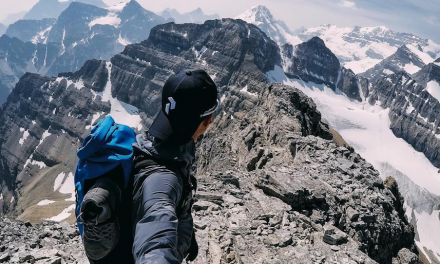