Uniqlo will open its first stores in the Washington D.C., Seattle and Denver, CO metro areas as part of the next phase of its U.S. expansion.

Marking the brand's entry in the DC Metro area, Uniqlo will open its first store at Tyson's Corner Center and enter Washington State for the first time, with an initial store at The Bellevue Collection in Seattle. In tandem with these new stores along the East and West Coasts, the company will increase its footprint across the nation by opening a first store in Colorado, at The Denver Pavilions in Denver.

All three new stores will house the brand's full assortment of men's, women's and kids' lines. Uniqlo is already seeking partnerships with local
organizations as part of its Corporate Social Responsibility initiatives.

“Having established a foothold in a number of key locations along the East and West Coasts, we are very pleased to announce our plans to continue to expand our national presence further in these new markets,” said Larry Meyer, CEO of Uniqlo USA. “Our LifeWear is versatile, functional and stylish, and I'm confident it will continue to appeal to both an urban environment and an outdoor lifestyle. We have something for everyone to enjoy and feel comfortable wearing, regardless of season or personal style.”

39 U.S. stores and counting
Since opening its first store in New York City's Soho in 2006, Uniqlo has grown its presence to 39 stores across the US  in New York, New Jersey, Connecticut, Philadelphia, Boston, San Francisco and Los Angeles  as well as launched its online shopping channel at www.Uniqlo.com. Separately, the company has announced plans to open a Uniqlo store at Faneuil Hall in Boston this summer, in Chicago on Michigan Avenue this fall and in Toronto, Canada, next year. The Bellevue Collection store will open this fall; The Denver Pavilions and Tysons Corner Center stores will open before summ 2015.

Uniqlo continues to open large-scale stores in some of the world's most important cities and locations, as part of its ongoing efforts to solidify its status as a truly global brand. Today the company has a total of more than 1,500 stores in 16 markets worldwide including Japan, Australia, China, France, Germany, Hong Kong, Indonesia, Malaysia, Philippines, Russia, Singapore, South Korea, Taiwan, Thailand, U.K. and the U.S. In addition, Grameen Uniqlo, a social business established in Bangladesh in September 2010, currently operates several Grameen Uniqlo stores in Dhaka. Uniqlo manages an integrated business model under which it designs, manufactures, markets and sells high-quality, casual apparel. The company believes that truly great clothes should be supremely comfortable, feature universal designs, are of high quality and offer a superb fit to everyone who wears them. 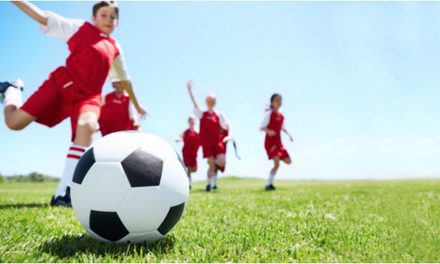