Under Armour took little time to honor Jordan Spieth's dominating win at the Masters. Shortly after the tournament ended, the front page at UnderArmour.com included a picture of Spieth with the proclamation “The Jacket Is His.”

On Sunday, Spieth became the second-youngest player to win at Augusta,
after Tiger Woods in 1997. He shot 18 under par to tied Woods for the
lowest winning score in Masters history.

“Thanks to Jordan, our company grew up today,” Kevin Plank, the CEO and founder of Under Armour, told ESPN, on Monday. “This is a global event and he’s the leading trending athlete in the world right now.”

Spieth had 16 Under Armour logos on his hat, shirt, pants, belt and shoes on Sunday

In January 2013, Under Armour first signed the 21-year-old as its leading golf ambassador before his first professional tournament. In January 2015, UA re-upped the deal to provide a 10-year extension in what was described as a “comprehensive” partnership. 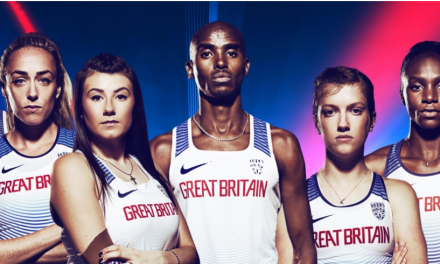