Under Armour’s Shares Jump As Q1 Loss Less Than Feared 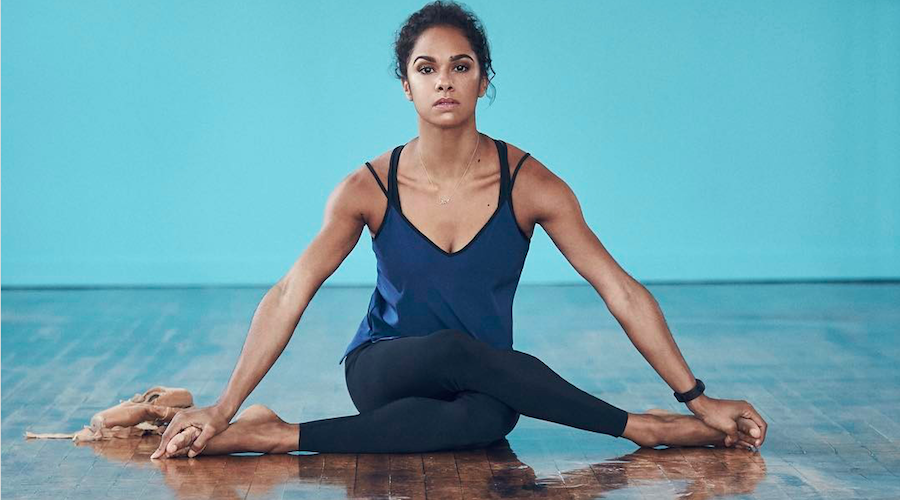 Shares of Under Armour rose $1.68, or 9.3 percent to $19.82 on Thursday after the company posted a loss that was lower than Wall Street expected.

The loss came to $2.3 million, or 1 cent a share, against earnings of $19.2 million, or 4 cents, a year ago. The results represented its first quarterly loss as a public company, but came in ahead of Wall Street’s expectation on average calling for a loss of 4 cents a share.

On January 31, shares of Under Armour tumbled $5.87, or 23.4 percent, to $19.22 after the company reported fourth-quarter results that came in short of Wall Street targets and provided a bleak outlook for 2017. The company blamed heightened price competition on its basic technical apparel, shortcomings in its newer fashion-oriented offerings, the lingering impact of the bankruptcy of Sports Authority and an overall promotional holiday selling period,

While reducing its growth rate in 2017 to 11 to 12 percent, it also forecast $100 million drop in operating income this year as its SG&A spend can’t be reduced quickly enough to match the revenue shortfall and the company continues to make infrastructure investments to support a goal of doubling its sales to $10 billion.

“Our first quarter results were in line with our expectations and we’re off to a solid start in 2017,” said Under Armour Chairman and CEO Kevin Plank. “By proactively managing our growth to deliver superior innovative product, continuing to strengthen our connection with consumers and increasing our focus on operational excellence – we have great confidence in our ability to drive toward our full year targets.”

Net revenue was up 6.6 percent to $1.1 billion. Wholesale revenues grew 4 percent to $773 million, reflecting “an uneven North American environment and the tough comp given the bankruptcies of several key partners in 2016,” said Dave Bergman, its new CFO, on a conference call with analysts.

A 13 percent increase was seen in direct-to-consumer revenue, to $302 million. The growth was balanced across all three concepts, factory and brand houses and e-commerce.

Under Armour’s licensing business grew 25 percent to $24 million in the quarter, driven by strength in its socks business and its licensed partner in Japan. Connected Fitness was up 2 percent to $19 million.

North American revenue declined 1 percent, in line with expectations, as new distribution was more than offset by the absence of business lost to bankruptcies in 2016. Bergman said the promotional environment seen in the fourth quarter of last year carried into 2017. He added, “Accordingly, we continued to proactively manage our inventory while still protecting brand health with meaningfully less liquidation product in this year’s mix as previously noted. Also important to note is that growth from new wholesale distribution in the quarter was not enough to offset the bankruptcies of 2016.”

Apparel revenue increased 7 percent to $715 million including strength in training, golf, and team sports. Said Bergman, “By continuing to focus on improved assortments, newness and innovation, including premium apparel platforms like Threadborne and Athlete Recovery Sleepwear, we feel well-positioned to deliver a solid year.”

In line with expectations, footwear revenue grew 2 percent to $270 million, against last year’s same period which was up 64 percent due to significant strength in basketball sales and the timing of liquidations. Some footwear standouts in the quarter included golf, women’s training and running.

“Additionally, we had less liquidation in the quarter as we’re working to ensure appropriate-to-channel inventory and driving our premium position in the category,” added Bergman about the footwear category. “Hitting $1 billion in revenue in 2016 was a great accomplishment, and we expect another year of growth that outpaces the overall company.”

Gross margin was down 70 basis points to 45.2 percent as benefits from channel and product mix were offset by continued efforts to manage inventories appropriate to market demand.

SG&A expenses increased 12 percent to $498 million, or 44.6 percent of revenue , up 210 basis points versus a year ago, due to continued investments in the direct-to-consumer, footwear and international businesses. Operating earnings declined 93.1 percent to $2.3 million.

Looking ahead, Under Armour didn’t change its outlook for the year. Net revenues are expected to grow 11 to 12 percent to reach nearly $5.4 billion, up 12 to 13 percent currency neutral.

Gross margin is expected to be slightly down compared to 46.4 percent in 2016 with benefits in product costs being offset by changes in foreign currency and shifts in overall sales mix, as the footwear and international businesses continue to outpace the growth of the higher margin apparel and North American businesses.

Operating income is projected  to reach approximately $320 million, down from $420 million in 2016.

In his comments on the call, Plank discussed the brands’ progress in shifting to a greater focus around category management. He noted that 18 months ago, the company made the decision to reset the company around key sport categories.: men’s and women’s training, running, basketball and global football as well as outdoor, team sports, youth and lifestyle sportswear.

He said the program’s focus in 2016 and 2017 has been around setting up teams structurally, including areas like product creation, supply chain and speed-to-market processes as well as how it brings products to market.

“By emphasizing a clear go-to-market capability, we’ll take a better approach to driving the core basics that our business was built on while also emphasizing elevated product across all categories with innovation and experiences that inspires consumers,” said Plank. “The purpose of this structure is to drive authenticity within each sport category, getting us as close as possible to the consumer as efficiently and effectively as possible.”

Sportswear was launched 24 months ago and now has a dedicated team of designers headquartered in New York City. The UAS collection launched last fall with a second line arriving in the first quarter and it’s performing as planned.

“Understanding this is a longer-term strategic position, we are hitting the benchmarks we set for ourselves to make lifestyle a core competency of our brand and the halo impression that will have access across all categories that we do business in today,” said the CEO.

Plank also said the company is doing a better job infusing lifestyle looks through all its collections. Said Plank, “We’ve taken lessons from UAS’ quick-to-market strategy to create the Unstoppable lifestyle collection which is due out later this year. This will represent our first complete better-level men’s and women’s sport fashion expression.”

In basketball, the Curry 3 has underperformed following the strong launch of the Curry 1 in spring 2015 and bigger success with the broader Curry 2 line.

“A sluggish signature market and a warm consumer reception has led to softer-than-expected results,” said Plank. “This has created an inventory imbalance that we’re working through, one that, yes, is baked into our full-year outlook, which hasn’t changed, and most importantly, yielded lessons we’re applying ahead with the Curry 4 and beyond.”

Plank elaborated, “Not only for the Curry 4 but moving forward, we have retooled our test, learn, scale approach in this business to be sharper, sharper with respect to the number of color offerings, scarcity, exclusive and cadence of launches to drive more consistent engagement and results. And sharper with our basketball portfolio composition to target balanced growth across all assortments to address players at all levels.”

On the operational side, Under Armour went live with its project with SAP to build a single view of the consumer across point-of-sale, e-commerce and transactional information with its Connected Fitness business. Such insights into consumers has already helped lead to innovations such as Athlete Recovery Sleepwear, launched with Tom Brady, and the Project Rock collection, a collaboration with Dwayne Johnson.

The company will in a few months upgrade its entire enterprise resource planning system.

“So what does Q1 tell us about Under Armour?,” Plank concluded. “It tells us that we’re stable and staying healthy even as segments of our wholesale business in North America fight through uneven terrain. It tells us that we are actively managing our growth, that our inventory levels are appropriate, and that we have a strong innovation agenda. It demonstrates meaningful progress against our move toward Category Management, a structure strengthened by vital systems upgrades. And it confirms that we’re in a good position to invest in growth opportunities, both short and long term, while driving to become even more efficient and effective across our business.”

With a start to the year where we did what we said we would do, we’re tracking well against our targets. As we look to the future, we will continue to make the best long-term decisions for our brand, teammates, communities, and of course our shareholders. And we’re going to do it while adding more than $0.5 billion in revenue in 2017, implementing new SAP systems, standing up our Category Management structure and keeping an energized flow of exciting product and experiences coming for our consumers.”

“We know we’ve got hard work ahead of us, and while we are certainly used to that, we respect the challenge and are pursuing it full force. And that’s what I’d leave you with. Our team is hungry and humble with our heads down, engaging, empowering, editing and executing.”

Chaco Continues to Focus on People, Environment, and Profits