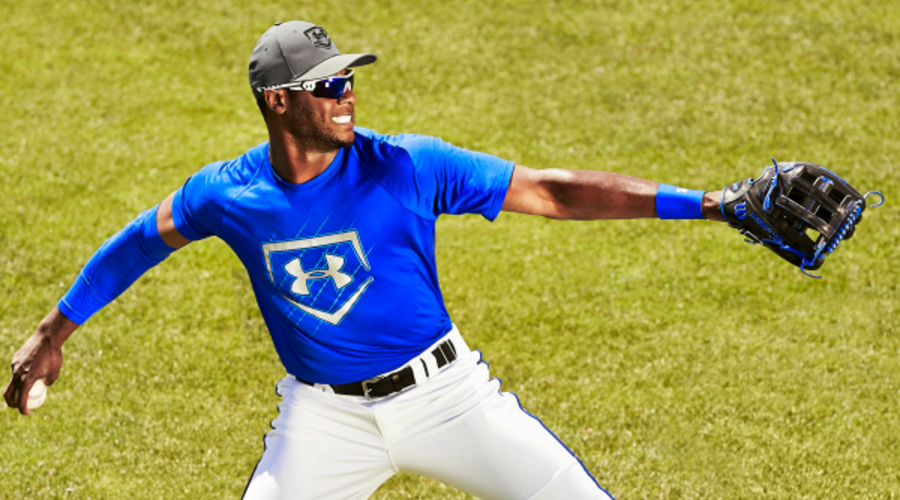 KeyBanc Capital Markets on Monday raised its rating on Under Armour due in part to its recent hiring of Patrik Frisk as COO. At the same time, the investment firm lowered its rating on VF Corp. due in its valuation and online weakness at its jeanswear coalition and Timberland.

Edward Yruma, the lead analyst at KeyBanc, said that after 26 straight quarters of revenue growth of more than 20 percent, “the inevitable deceleration has been choppy” for Under Armour.

However, a recent meeting CEO Kevin Plank has the firm convinced KeyBanc that the hiring Frisk “will help drive stronger operational focus” to serve as a near-term inflection point.

Frisk was previously CEO of Aldo, the footwear and accessories company, and before that had worked for VF Corp, lastly as president of Outdoor Americas.

The related massive inventory writedown set for the third quarter could also help. KeyBanc wrote in its note, “While we generally frown on inventory write-downs, a final expungement of distressed inventory can be a precursor to an inflection point in operational performance.”

On the topline side, KeyBanc sees “meaningful growth opportunities” for Under Armour in international and footwear, which each amounts for about 20 percent of sales.

Wrote Yruma, “The U.S. environment remains difficult, but we think that incremental weakness is likely more focused on the signature sneakers, and so relative underpenetration makes this less of a headwind. LT, the strength of the brand remains strong and we think the push on more casual apparel gives incremental growth opportunities.”

“VFC has driven more consistent results, which we think is adequately reflected in its valuation; we step to the sidelines,” wrote KeyBanc. Yruma also wrote that while its recent leadership transition has also “gone smoothly,” jeanswear and Timberland have seen “persistent weakness” and that makes VF more reliant on the continued momentum at Vans. He also believes despite expected easier comparisons, The North Face’s long-term growth rate is “likely closer” to lower-single-digit and VF will likely be challenged finding “attractively valued large acquisition targets” to support top-line growth.