Under Armour Replaces Reebok As Footwear Partner For UFC 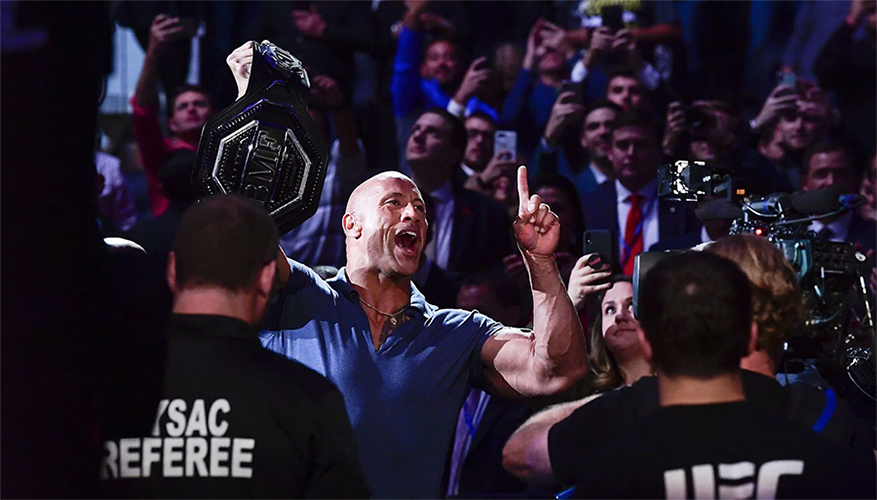 Under Armour will provide footwear during fight week activities, including open workouts, weigh-ins and in the locker room. Fighters will also wear Under Armour shoes as they walk out to the Octagon before taking removing them prior to a match.

“UFC athletes are among the greatest, toughest, focused, most disciplined, and hardest training athletes on the planet,” said Johnson.  “Every walk to the iconic Octagon by a UFC fighter is fueled with passion, mana and the deep desire to establish their dominance and legacy.  I am proud, grateful and humbled that my innovative Project Rock training shoe is now the official global footwear partner of UFC. Being ‘the hardest worker in the room’ isn’t just a catchy slogan. It’s my life. But it’s not just my life. It’s the life and soul of every man and woman that competes in UFC. THEY are the hardest workers in the room. THEY are the ones who walk the walk. THEY are champions. Project Rock looks forward to the endless possibilities within this historic global partnership with UFC and all the hardest workers in the room.”

“We’re thrilled to partner with Dwayne Johnson and his Project Rock brand to incorporate this innovative footwear into UFC’s iconic fight kits,” said UFC Senior Vice President of Global Consumer Products Tracey Bleczinski.  “The core mission of the Project Rock brand, to help individuals in their journey to achieve greatness by equipping them with the right tools, aligns with UFC fighters’ determination, dedication and perseverance as they pursue greatness in their own right—both inside and outside of the Octagon.”

Reebok had partnered with the UFC for six years.