Under Armour kicked off its 2nd Annual Team UA NEXT campaign to find the NEXT generation of Under Armour athletes. Boys and girls between the ages of 7 and 12 who are ready to dream big, work hard, and demonstrate their WILL are eligible to fight for their spot on the 2015-2016 Team UA NEXT, who will serve as the brand's youth ambassadors for the coming year. The brand has built on the success of last summer's inaugural series and added even more events and locations to the national Team UA NEXT tour, as well as a digital submission component and integration into multiple major sporting events.

Winners will be featured in UA NEXT youth marketing initiatives throughout the year, participate in a seasonal photo shoot, and much more. Debuting this summer are the first installments of the campaign's video series, featuring several members of UA's professional athlete roster with Team UA NEXT winners who compete in their same sport. Each video shows the pairs in action on the field, on the track, or in the gym, demonstrating what it takes to go from being NEXT to being elite. The first short film in the series can be viewed here and features U.S. Olympic sprinter Natasha Hastings and Jordan Bray, an 8 year-old up-and-coming track star from Calera, AL.

“Team UA NEXT provides an amazing platform for us to interact with the future Jordan Spieths, Steph Currys, and Lindsey Vonns of the world,” said Adrienne Lofton, SVP of Brand Marketing, Under Armour. “These are the athletes that will be shaping the sports landscape, and it's an opportunity for them to experience Under Armour in a unique and dynamic way. Last year's campaign revealed such an incredible depth of youth talent and energy, and that makes us even more excited to see what this year has in store.”

New to the campaign this year is a digital submission component that allows parents or guardians of athletes who are unable to attend an in-person event submit an online athlete profile, making the competition accessible to an even larger pool of hungry athletes. Parents and guardians can complete an online profile and submit materials for consideration.

Young athletes can also compete for their spot at in-person events hosted by Under Armour on the Team UA NEXT national tour. Each stop will hold four physical challenges for participants, including the broad jump, sled push, agility tires and fifty yard dash, as well as a chance to explain why they deserve a spot on the Team UA NEXT roster. Tour stops include:

Team UA NEXT will also activate at two major Under Armour-sponsored events: MLB All-Star FanFest, which kicks off July 10 in Cincinnati, OH, and the Elite24 basketball tournament, which takes place in Brooklyn, NY on August 20. For the latest Team UA NEXT news, schedule and time information, or to submit a profile, click here. Check out @UnderArmour on Twitter using #UANEXT and #TAKEYOURSPOT. 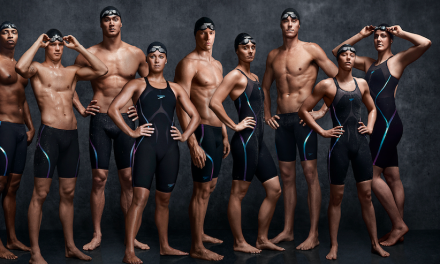