DuFFS 93 Ltd. has purchased the DuFFS brand from DuFFS International Inc., a subsidiary of GenFoot Inc., parent company to the Kamik brand of winter boots.

The new parent company was formed by Alex Hall and his distribution business in the U.K., Jackal Distribution.  Hall, senior principal of DuFFS 93 Ltd., will take the helm of the company as president/CEO. GenFoot originally purchased the DuFFS brand in 1998 from Laurence La Haye.  Terms of the deal were not disclosed.
Scott Weaver, president of the DuFFS brand for the past three years, will take over North American sales for the brand, reporting to the U.K. office. In an exclusive interview with SEW, Weaver noted that the full corporate office will be based out of the U.K., but that a “satellite office will be maintained here in the U.S., most likely in Huntington Beach, CA, where our current design facility is located.”
“The U.K. guys have been the largest international distributor for DuFFS and have represented the brand incredibly well,” said Weaver. “Hall and his team have been with DuFFS basically since Steve Rocco and the original ownership team first started selling the shoes.”
One of the exciting developments for the DuFFS brand in the U.S. will be the introduction of apparel, most likely within the next year, according to Weaver.

“Hall has built an extensive and impressive apparel offering over in the U.K., including everything from wallets and hats to cargo shorts and hoodies.  Well definitely be bringing some of that over here. It will probably be a take down of the U.K. line, with a few tweaks for the American market, but that offering will help us to grow sales and provide a better overall package to our customers.”
The footwear line itself will also see a makeover as the company experiments with new logo treatments to help create some differentiation between product.

“We are completely redesigning the line, with our new footwear designer and pro skateboarder Stacey Lowery helping out there,” said Weaver. “Some of the unique logos theyve been using in the U.K. for apparel will transfer to some of the shoe offerings.  We will continue to use the Speedy Dee logo on some shoes, but its just such a dominant presence that its hard to create unique products when they all have that look.”
“GenFoot was a great company to work for, but this market is a different place from just about every other segment in the industry. With Alex and his team already so familiar with the lifestyle and what it takes to function here, I am really excited about whats ahead for DuFFS,” Weaver noted.
In his new role, Weaver will handle the national accounts and larger regional accounts, initially, with a team of independent reps helping to cover the smaller core doors.
“DuFFS is an authentic skate brand with a strong and rich heritage. The product needed attention so we have staffed that area up to meet the demands of the retailers and the market,” said Hall in a release.
Ultimately, Weaver noted that with the deal only a few hours old, many of the details are still up in the air and likely will only be finalized when the groups from both sides of the pond get together for strategy sessions in mid-April.
>>>The weakened U.S. dollar would seem to be a likely impetus to the deal.  It will be interesting to see if additional niche brands with more success internationally than domestically are scooped up by distributors buoyed by an easy exchange rate 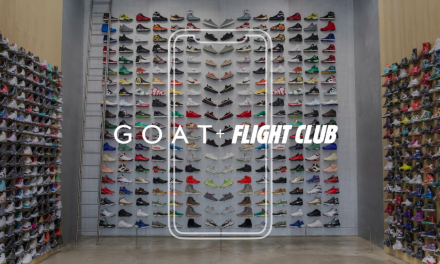