UFC Gyms To Open In Sydney And Melbourne

The Melbourne gym will serve as the first franchise in the state of Victoria, while the Sydney location will be the second to open in New South Wales.

“Melbourne and Sydney are both amazing cities with a strong fitness culture and myriads of future UFC Gym members,” UFC Gym CEO Brent Leffel said. “We’re excited to continue our international expansion throughout Australia in conjunction with Ultimate Franchising Group while offering all fitness enthusiasts across Victoria and New South Wales a new way to Train Different.”

The new franchise locations will be operated by Ultimate Franchising Group.

“Australia continues to serve as one of UFC’s fastest growing markets and these new gym locations are perfect outlets to reach our consumers on a daily basis,” UFC Senior Vice President – International Joe Carr said. “Australian fight fans understand the UFC brand and we’re thrilled to offer them new state-of-the-art facilities to train, get fit and live a healthier lifestyle.”

“We are truly excited to bring a new club to Sydney and introduce the Victorian market to the UFC Gym brand,” UFC Gym – Australia CEO Maz Hagemrad said. “The UFC Gym brand will not only resonate with UFC enthusiasts, but also with anyone that is looking for a truly innovative and exciting fitness experience.” 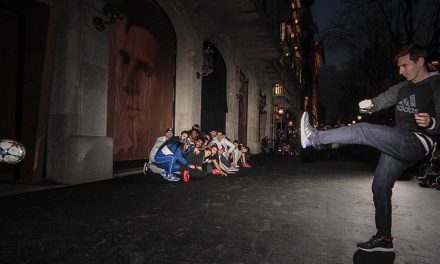