A star-studded group of eight noted skiing athletes and sport builders have been announced as inductees to the U.S. Ski and Snowboard Hall of Fame’s Class of 2017. They will be formally inducted next April in Olympic Valley, CA, site of the 1960 Olympic Winter Games.

On April 12-15, 2018, Squaw Valley Alpine Meadows will celebrate ski and snowboard history as it welcomes the U.S. Ski and Snowboard Hall of Fame to honor its class of 2017. The event will honor athletes and sport builders with lifelong national and international achievements in the sport. Squaw Valley will provide a fitting backdrop for the various events, with the legacy of the 1960 Winter Games and the long lineage of celebrated athletes, including more current U.S. Ski Team members than any other resort in the country.

This year’s Class of 2017 Inductees was announced at Hall of Fame the in the Upper Peninsula town of Ishpeming Michigan on Friday, September 15, 2017. More details and tickets for the April, 14, 2018 induction will be available at SnowsportHistory.com in October.

Among the inductees are freestyle icon “Airborne” Eddie Ferguson, freestyle’s somersault king Herman Goellner and legendary cross-country coach Marty Hall. Also joining the class are two of the most accomplished ski mountaineers alive – twin brothers Mike and Steve Marolt, along with the late, 130 mph world record holder in alpine speed skiing, Steve McKinnney. Rounding out the Class of 2017 is the local motor sport and snowboard pioneer Shaun Palmer, and Thom Weisel a passionate fund raiser for the U.S. Ski Team whose work over four decades helped to bring home more than 200 Olympic and World Championship medals.

A national voting panel selects the incoming class in the fall of each year. The class of 2017 will be inducted and honored in Olympic Valley, CA, on April 14, 2018 and enshrined the following September at the Hall of Fame in Ishpeming, MI where in 1905 the National Ski Association of America (now U.S. Ski & Snowboard) was formed.

Tom Kelly, chairman, U.S. Ski and Snowboard Hall of Fame, said, “Each year we are again amazed by the stories of those sport builders and athletes who have made our sport what it is today. Honoring these inductees in the shadows of the 1960 Olympic Winter Games venues in Squaw Valley is a fitting recognition for the Class of 2017. “

Andy Wirth, president and COO, Squaw Valley Ski Holdings, Squaw Valley Alpine Meadows, stated, “Since Wayne Poulsen founded Squaw Valley in the 1940’s, it has been known worldwide as a spectacular mountain and through the generations, produced a great many legends of our industry and sport. It is a tremendous honor to host this prestigious event here at Squaw Valley to honors legends from across the country. Last season we skied well into July… we will make sure the skiing is beyond epic during this year’s Hall of Fame event! “

Justin Koski, executive director, U.S. Ski and Snowboard Hall of Fame, added, “Each member of the Hall of Fame’s Class of 2017 is a remarkable leader as an athlete or sport builder. We are excited to welcome them into our family of snowsport legends and present them with our sports highest honor.” 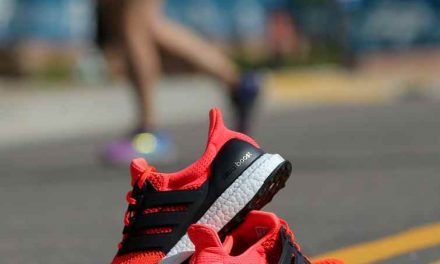