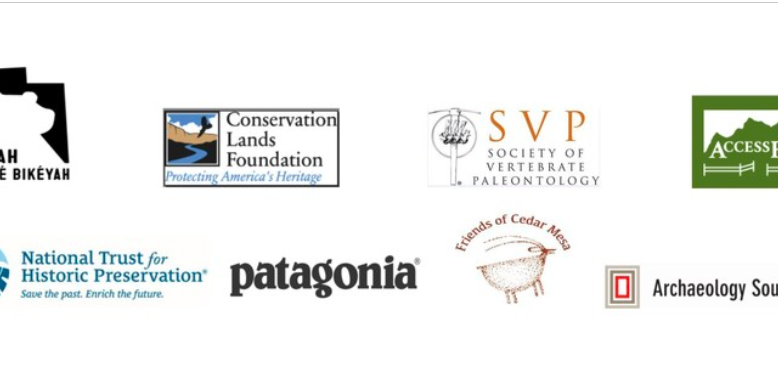 Mary Benally, of Utah Diné Bikéyah: “President Trump has literally dismembered our sacred Bears Ears monument that five Tribes have worked tirelessly for many years to protect in order to preserve our culture and way of life.  I heard yesterday someone say, ‘it is as if he took a whole person, slashed it, and left us with a couple of limbs,’ that is how I feel, too.”

Josh Ewing, Executive Director of Friends of Cedar Mesa: “With more than 100,000 archaeological sites, 75 percent of which were erased from the National Monument by President Trump, the Bears Ears landscape is unquestionably the kind of place the Antiquities Act was meant to protect. Our organization has never before been involved with litigation.  Yet this extreme and unprecedented effort by the President to erase National Monument protections for even the most uncontroversial and world-renowned areas, like Cedar Mesa and Grand Gulch, leaves us no choice but to pursue our legal rights in the American system of justice.”

Brian Sybert, Executive Director of the Conservation Lands Foundation: “This is as bad as we expected, based on the lies and misrepresentations that we have heard throughout Secretary Zinke’s sham ‘review.’  This administration will stop at nothing to ensure that their private industry cronies can profit from the destruction of even our most highly valued public lands, to the point of undoing protections that have been in place for two decades.  We look forward to fighting this indefensible and illegal order in the courts—where facts still matter.”

Rose Marcario, President and CEO of Patagonia: “Americans have overwhelmingly spoken out against the Trump Administration’s unprecedented attempt to shut down our national monuments.  The Administration’s unlawful actions betray our shared responsibility to protect iconic places for future generations and represent the largest elimination of protected land in American history.  We’ve fought to protect these places since we were founded and now we’ll continue that fight in the courts.”

Stephanie K. Meeks, President and CEO of the National Trust for Historic Preservation: “Bears Ears National Monument tells the story of human civilization in North America thousands of years before the arrival of the first Europeans, and our nation cannot afford to have this sacred place opened to looting, vandalism or destructive oil and gas development. Shrinking the boundaries of Bears Ears National Monument is a direct assault on the Antiquities Act, one of America’s bedrock conservation and preservation laws that has helped to ensure the protection of many irreplaceable cultural landscapes across the United States.  This unprecedented action does not represent the will of the American people, and is, in fact, destructive to all we hold dear as a nation.  We look forward to defending Bears Ears, the Antiquities Act, and America’s unparalleled system of public lands.”

David Polly, President of the Society of Vertebrate Paleontology: “Paleontology literally uncovers the history of life on Earth, a heritage that belongs to us all.  Bears Ears protects fascinating episodes in that history.  Some of the first vertebrates to walk on land have been found in the Valley of the Gods region, and packrat middens that reveal the climatic history of the west are scattered across the entire Monument.  Many of these irreplaceable sites have been looted in recent years.  By slashing boundaries, Zinke and Trump have failed their charge to preserve and protect.”

Brady Robinson, Executive Director of Access Fund:  “Bears Ears is a critical battle in the larger fight for America’s public lands.  The current Administration is mounting a systematic attack on public lands through a larger, frenetic signing of executive orders, proclamations, and the repeal of environmental protections—all with no legal footing or well-reasoned basis.  This free-wheeling approach is unprecedented and highly troubling.”

William H. Doelle, Ph.D., President and CEO of Archaeology Southwest: “Just compare the two proclamations and that will speak volumes.  Indeed, one is more voluminous than the other.  President Trump’s proclamation will not withstand legal scrutiny.”

Founded by Yvon Chouinard in 1973, Patagonia is an outdoor company based in Ventura, California.  A Certified B Corp, Patagonia’s mission is to build the best product, cause no unnecessary harm and use business to inspire and implement solutions to the environmental crisis.

Utah Diné Bikéyah is a Native American-led organization, focused on Native American traditional and cultural knowledge that operates at the intersection between culture and conservation by promoting land protection.

Friends of Cedar Mesa was founded in 2010 by a former BLM employee to provide stewardship that ensures the public lands of San Juan County, with all their natural and cultural resources, are respected and protected.

Archaeology Southwest is a non-profit organization that undertakes preserving cultural landscapes, archaeological sites, artifact collections, and archives using a holistic, conservation-based approach to exploring the places of the past.

Access Fund is a non-profit organization that encourages and promotes environmental stewardship within the nation’s rock climbing community and also engages in specific land management issues that threaten to affect the environmental quality of the nation’s climbing areas.

The Society for Vertebrate Paleontology is a diverse organization of scientists, students, artists, preparators, advocates, writers and scholars across the globe, who are dedicated to the study, discovery, interpretation and preservation of vertebrate fossils.

The National Trust for Historic Preservation is a private charitable, educational, non-profit corporation chartered by Congress in 1949 to protect and defend America’s historic resources, to further the historic preservation policy of the United States, and to facilitate public participation in the preservation of our nation’s heritage.