Top 5 Takeaways From The Running Event 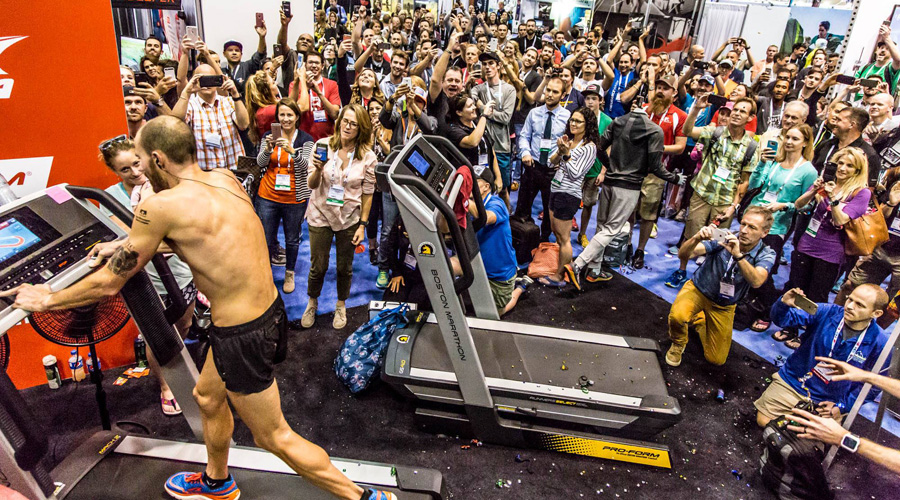 SGB was at the show in Orlando last week. Here’s what the running industry is talking about.

The run industry’s continued choppy transition was evident at last week’s The Running Event (TRE), which was held in Orlando FL. The show was generally well attended despite two flat years of sales and the ongoing impact of a number of liquidations and some consolidation. Naturally upbeat, the crowd nonetheless continued to work on resolving a number of nagging questions that are challenging its growth. 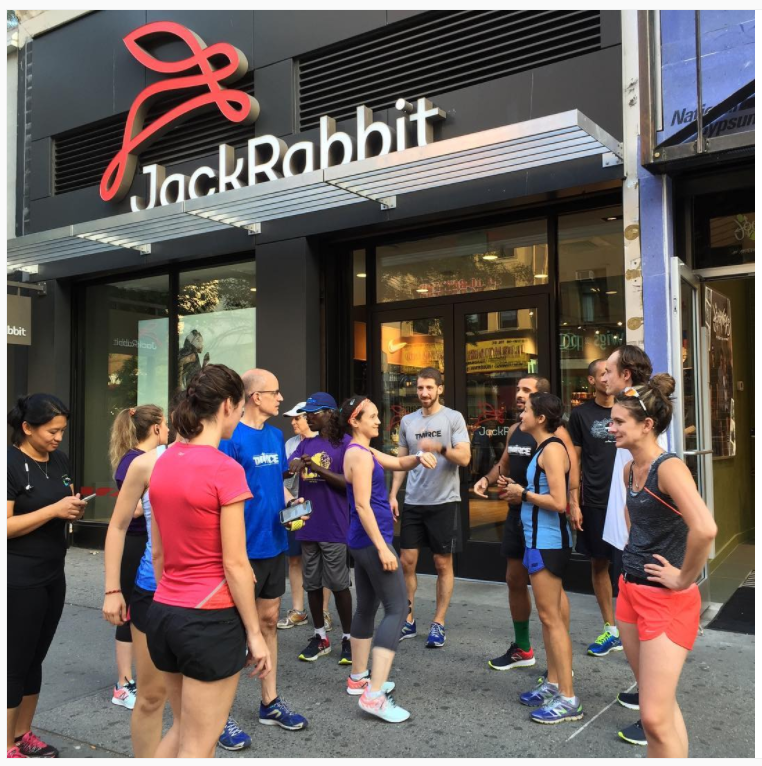 What Becomes Of JackRabbit?
The biggest buzz at the conference was the fate of JackRabbit, the flailing run specialty division owned by Finish Line Inc. In mid-November, Finish Line said it would absorb a goodwill impairment charge of approximately $44 million to write off JackRabbit while confirming reports that it was looking to sell the business. Better known to the industry by its former name, RSG (Run Specialty Group), the business counts 70 locations under banners such as: JackRabbit, The Running Company, Run On!, Blue Mile, Boulder Running Company, Roncker’s Running Spot, Running Fit, VA Runner, Capital RunWalk, Richmond RoadRunner, Garry Gribble’s Running Sports, Run Colorado, Raleigh Running Outfitters, Striders and Indiana Running Company.

While various potential buyers were rumored at the show — from former owners to foreign running brands looking for U.S. retail penetration — no official announcement has come yet. A few of those at the show held out hope that some former owners would step up to reacquire their old businesses. After all, their livelihoods and reputations were built on establishing those nameplates that support local running communities. But with many of the stores already underperforming even before Finish Line acquired them, the feeling was that a significant amount of stores would close even if some buyers are found. Any closings would compound already high inventory levels across the industry following the liquidation of Sports Authority and the ramifications of other bankruptcies.

Lifestyle Or Performance?
Like many other core active lifestyle categories, the run specialty channel seems caught between the demands for performance and fashion. And even when both are well balanced, do designers hide technology in favor of style?

The lifestyle push on the apparel side continued at TRE with a wide range of more casual silhouettes and softer colors on display. Meanwhile, the lifestyle push in footwear is still fledgling. There, the shift has been more cautious as performance footwear models had been the backbone supporting the growth of many core run brands and retailers earlier in the decade. Sales figures, however, show more consumers embracing lifestyle looks, including engineered mesh and knitted uppers, as run broadened its audience. 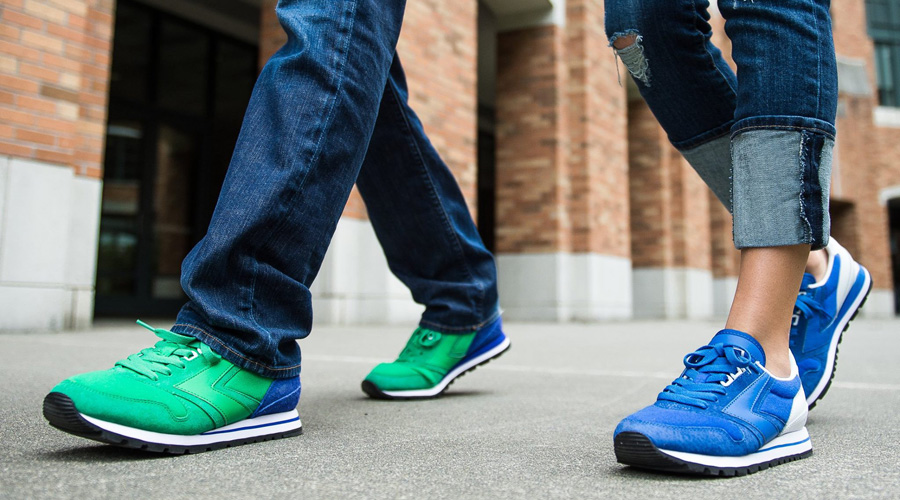 Brice Newton, senior manager, global footwear merchandising at Brooks Running, noted how the trends in running footwear have shifted to become “all about the uppers,” reversing a long trend around midsoles that helped support the minimal and maximal crazes. Much like the apparel side, runners overall are looking for more versatility in their footwear, but it varies. Indeed, while Brooks still targets the dedicated runner focused on “fit, feel, ride,” the brand’s range has extended to go after a more casual runner who is more into aesthetics. Newton added, “It’s a confusing time for trends. The consumer is moving faster than ever.”

How Can Stores Differentiate With Product?
Fleet Feet Sports made headlines at the show by announcing that it had agreed to become the exclusive seller of Karhu, the Finnish running brand. It marked Fleet Feet’s first exclusive on a running brand and comes amid complaints that many of running’s core brands are showing up in too many places. “We must continue to leverage special products at a time when both product and price competition is prolific, said Fleet Feet CEO Jeff Phillips, “especially when the majority of products sold in our stores can be found on Amazon or in the Amazon marketplace.”

To address over-distribution concerns, many of the major brands at the show were touting exclusive models for run specialty while talking up their investments in MAP policies. Stores are unlikely to radically shift away from the trusted running shoe leaders that their customers expect to see. 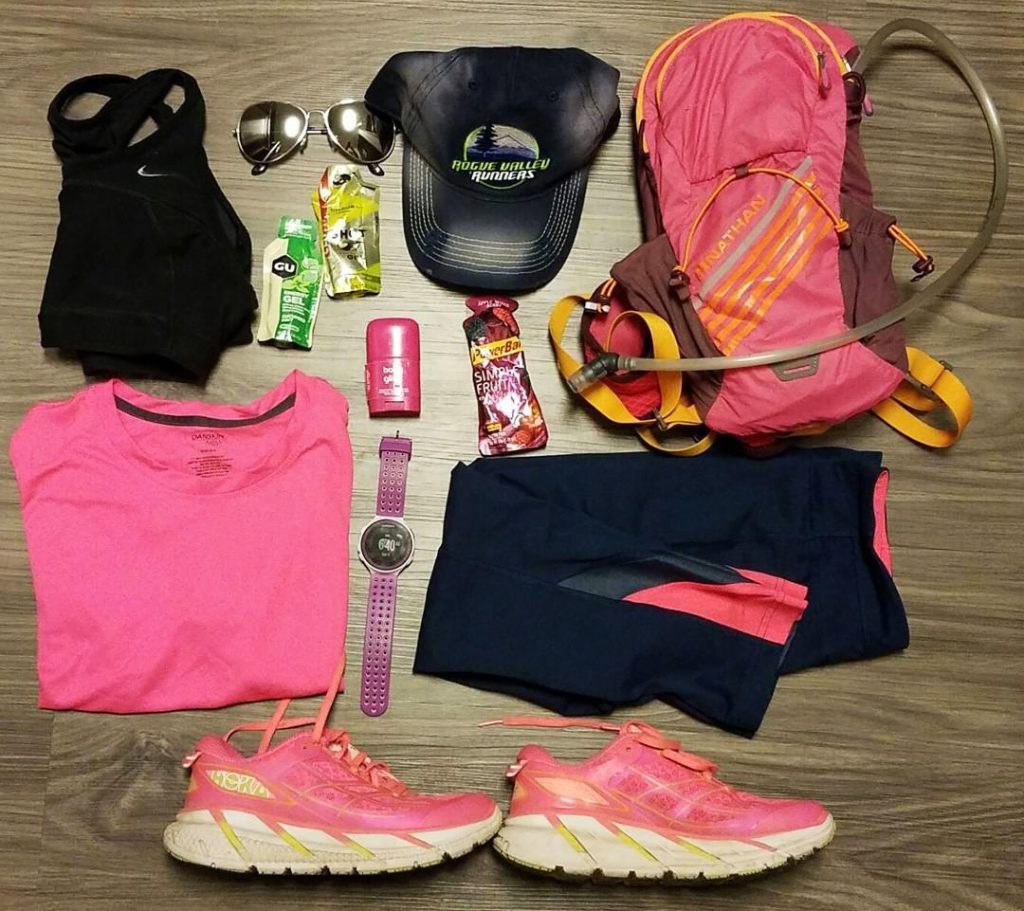 But the success of Hoka or Altra shows some stores are looking for more unique stories that aren’t being as widely told in more mainstream stores. China’s 361 Degrees, with a more traditional running silhouette, believes it’s gaining traction in part because it’s bringing a fresher name to shoe walls. 361 Degrees USA’s President Jim Monahan also believes that providing strong service levels and a healthy margin has been critical to 361’s early success. He said, “Being small helps us cater to each account.”

Outside footwear, differentiation is increasingly coming from accessories, whether that means insoles, socks, rollers or other items that can help with injuries, or the essentials categories that address hydration, visibility, portability and other needs. Said Brent Hollowell, VP of marketing at Nathan Sports, “As running shops are looking for ways to grow, sometimes those answers are right under your nose.”

What Do Millennials Want?
The industry continues to adjust to today’s younger active enthusiast. They’re more social and less competitive or goal-oriented than older runners. They enjoy boot-camp, cycling classes, CrossFit and a host of other fitness activities beyond running. Instead of traditional road races, they’re game for more adventurous, community-bonding and experiential events such as mud runs, trail runs and obstacle runs.

Greg Thomsen, managing director, Adidas Outdoor USA, which debuted its trail runners at its first TRE show, pointed to the trend toward urban running, where groups meet weekly to take on mini-expeditions of city landscapes. Thomsen also noted that many of Adidas Outdoors athletes consider themselves “mountain runners.” Feeding on the “done in a day” trend seen in the outdoors, they’ll run into a park, climb a mountain and then run back by nightfall. Said Thomsen, “They’re connecting with nature in an individual way.”

The younger fitness enthusiasts also tend to not want to pay a premium for performance product. This is in part because they don’t identify themselves as runners, although they often wind up running more in a week across their activities than traditional runners do. 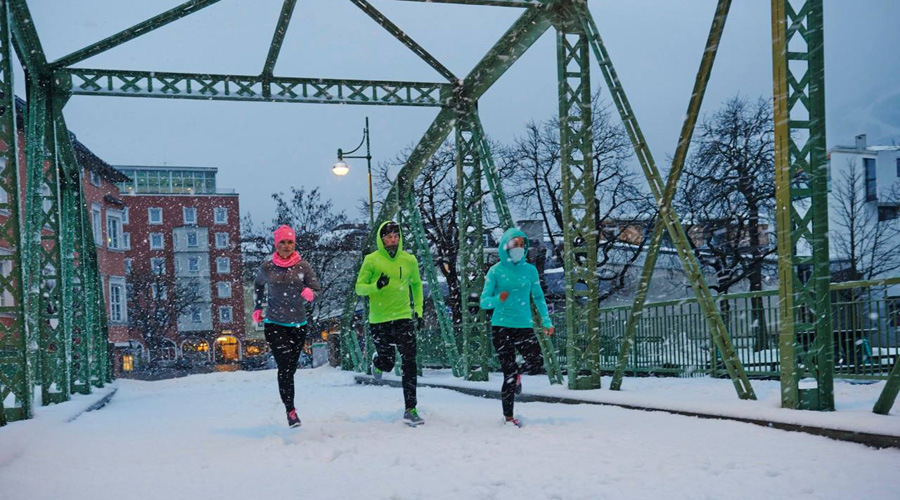 What Makes Specialty Special?
In his acceptance speech last week upon being inducted into RIA’s Running Specialty Hall Of Fame, Johnny Halberstadt, the co-founder of Boulder Running, inferred that part of run specialty’s value is its role in bringing new product to the marketplace. Boulder Running has earned acclaim for being among the first to support Hoka One One and even Crocs. Product and injury knowledge is critical to run specialty’s vitality, he said. Just as no one ever purchases eyewear without first getting a prescription from a qualified professional, runners shouldn’t be purchasing their footwear or other running needs without first consulting their local running shop, stated Halberstadt. Boulder Running was one of the first running stores in the country to offer video gait analysis.

With reams of information across the internet, however, runners are already coming into the store largely knowing what they want. Too often, they’ll look online for a less-expensive model and forgo the whole store experience. Running shops have to find a new way to showcase their knowledge to the better-informed consumer, as well as revisit their training programs to reach these younger runners via more experiences. Customization also promises to help stores stand out. Superfeet was showcasing a new in-store solution for customized insoles while Wiivv Wearables, an upstart providing an option for 3D-printed custom-made orthotics, was also marking its first TRE show.

After a one-year change of venue to Orlando due to a scheduling conflict, The Running Event is expected to return to its home in Austin, TX in 2017.