Carol Meyrowitz, President and Chief Executive Officer of The TJX
Companies, Inc., stated, “I am pleased that our June consolidated comp
store sales were above our expectations and achieved on top of a strong
June last year. Additionally, the majority of our divisions posted
above-plan sales and merchandise margins. We continued our strong
execution of our off-price fundamentals, disciplined inventory
management and opportunistic buying, which resulted in a flow of great
brands at compelling values. With an above-plan May and June, we are
looking forward to reporting strong second quarter operating results.”

The company now expects second quarter earnings per share from
continuing operations, excluding costs related to the previously
announced computer intrusion(s), in the range of $.34 to $.36. This
represents a 17% to 24% increase on top of last year's strong increase.
The company continues to expect that second quarter earnings per share
from continuing operations will be reduced by an estimated $.02 to $.03
for costs incurred during the second quarter related to the
intrusion(s). Beyond these costs, TJX continues to evaluate additional
losses it may incur, along with related costs and expenses, arising
from the intrusion(s), and will record known losses when they become
both probable and reasonably estimable.

UClimb to Kick off Second Season in February 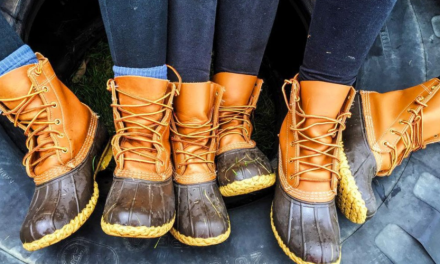