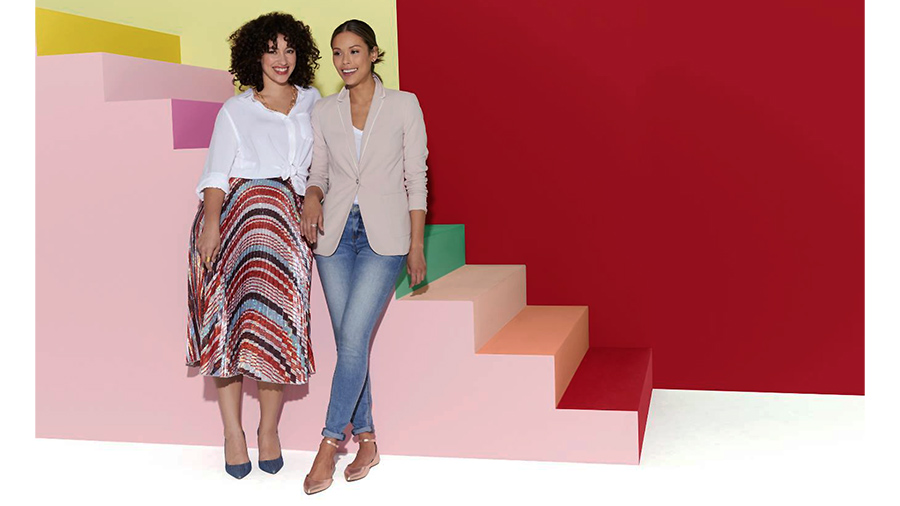 The TJX Companies, Inc. reported earnings in the first quarter topped Wall Street’s guidance, but sales were below plan, and the retailer lowered its U.S. growth guidance for the year.

Net income for the first quarter of Fiscal 2023 was $587 million, and GAAP diluted earnings per share were $.49 versus $.44 per share in the first quarter of Fiscal 2022. Excluding a charge of $.19 related to a write-down of the company’s minority investment in Familia, adjusted diluted earnings per share were $.68 compared to Wall Street’s consensus estimate of 60 cents.

The company now expects U.S. same-store sales growth to be at 1 percent to 2 percent for the full year, compared with its earlier outlook of a 3 percent to 4 percent rise.

CEO and President Comments
Ernie Herrman, CEO and president of The TJX Companies, Inc., stated, “I am very pleased with our first-quarter performance. I want to recognize the continued commitment and dedication of our talented associates who bring outstanding value to branded, quality merchandise to our customers every day. I am particularly pleased that our first-quarter pre-tax profit margin and earnings per share, each on an adjusted basis, exceeded our plans even though our sales were slightly below our planned range. This underscores the power of our flexible, off-price business model when we execute well. For the full year, we see an opportunity to further improve our profitability. I also want to highlight our largest division, Marmaxx, delivered a comp-store sales increase of 3 percent over 12 percent open-only comp growth last year, which was driven by an increase in customer traffic. We believe our value proposition is as appealing as ever for consumers in today’s retail environment, and we are excited about our initiatives to drive customer traffic and sales. We remain focused on our long-term vision to become an increasingly profitable, $60-billion-plus company.”

U.S. Comparable Store Sales and Open-Only Comparable Store Sales
By segment, Marmaxx’s sales were up 3 percent against a gain of 12 percent in the year-ago quarter. HomeGoods sales were down 7 percent against a 40 percent gain in the year-ago quarter. Total sales were flat compared with a 17 percent same-store gain a year ago. Marmaxx combines T.J. Maxx, Marshalls and Sierra stores. The HomeGoods segment combines HomeGoods and Homesense.

Margins
For the first quarter of Fiscal 2023, the company’s consolidated pre-tax profit margin was 7.5 percent. Excluding a 1.9 percentage point, negative impact from a charge related to a write-down of the company’s minority investment in FamiliaWall Street’s consensus estimate had been the adjusted consolidated pretax margin was 9.4 percent, compared to 7.2 percent in the first quarter of Fiscal 2022. This increase was driven by a benefit from a reduction in pandemic-related expenses and the annualization of temporary store closures internationally last year, the company’s pricing initiative, and strong markon. These benefits were partially offset by approximately 2.2 percentage points of incremental freight pressure and approximately 0.7 percentage points of incremental wage pressure.

Inventory
Total inventories as of April 30, 2022 were $7.0 billion, compared with $5.1 billion at the end of the first quarter of Fiscal 2022. Consolidated inventories on a per-store basis as of April 30, 2022, including the distribution centers, but excluding inventory in transit, the company’s e-commerce sites and Sierra stores were up 35 percent on a reported basis, up 37 percent on a constant-currency basis. Overall availability of quality, branded merchandise in the marketplace remains excellent. The company is comfortable with its inventory levels, particularly in consideration of more normalized, pre-pandemic levels. The company is confident it is well-positioned to flow exciting merchandise to its stores and e-commerce sites throughout the summer season.

Cash and Shareholder Distributions
For the first quarter of Fiscal 2023, the company used $634 million of operating cash flow due to the timing of inventory purchases and related accounts payable. The company ended the quarter with $4.3 billion of cash.

During the first quarter, the company returned a total of $907 million to shareholders. The company repurchased a total of $600 million of TJX stock, retiring 9.5 million shares, and paid $307 million in shareholder dividends during the quarter. The company continues to expect to repurchase approximately $2.25 to $2.50 billion of TJX stock in Fiscal 2023. The company may adjust this amount up or down depending on various factors. In addition, the company increased its dividend by 13 percent in the first quarter of Fiscal 2023. The company remains committed to returning cash to its shareholders while continuing to invest in the business to support the near- and long-term growth of TJX.

Commitment To Divest From Familia
On March 3, 2022, the company announced that it has committed to divesting its minority investment in Familia, an off-price retailer that operates in Russia, which it continued to hold at the end of the first quarter of Fiscal 2023. The company has recorded an impairment charge of $217.6 million, representing the entirety of the company’s investment. This impairment charge negatively impacted first quarter Fiscal 2023 earnings per share by $0.19.

For the full-year Fiscal 2023, the company now expects U.S. comparable store sales to be up 1 percent to 2 percent over a 17 percent U.S. open-only comp-store sales increase in Fiscal 2022, which reflects the company’s actual first-quarter U.S. comp sales and second-quarter U.S. comp sales plan. For the full year Fiscal 2023, the company expects a pre-tax margin in the range of 9.2 percent to 9.4 percent and is increasing its outlook for adjusted pretax margin to a range of 9.6 percent to 9.8 percent. The company expects diluted earnings per share in the range of $2.94 to $3.01 and adjusted diluted earnings per share in the range of $3.13 to $3.20. Adjusted pretax margin and adjusted earnings per share plans exclude the negative impact of the charge related to a write-down of the company’s minority investment in Familia.