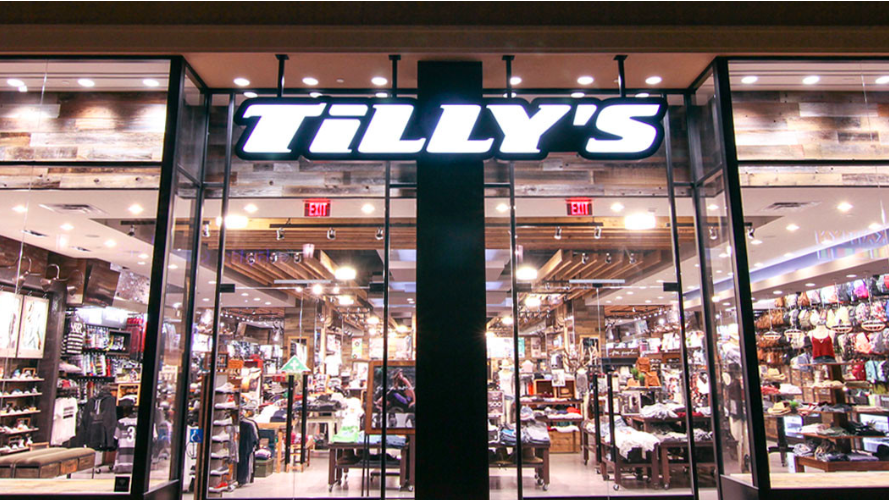 Tilly’s Inc. reported first-quarter earnings and sales both reached the high-end of guidance. But the action sports chain warned of a down second quarter as spring/summer selling has seen a slow start due to cool and wet weather patterns across much of the country, particularly in California.

Of Tilly’s 228 stores, 95 are in California. Total comp sales were down 6.6 percent through Memorial Day weekend, consistent with store traffic.

Shares of Tilly’s were down about 16 percent in the early-afternoon Thursday in over-the-counter trading.

“It is essentially the same assortment that produced a positive 2.4 percent comp in the first quarter that has suddenly decelerated in May,” said Edmond Thomas, president and CEO, on a conference call with analysts. “In Florida and in the Northeast where weather turned quite warm last week, we posted positive comps. This gives us some confidence that our results will improve from where they are currently by the time the quarter is complete, assuming more normal weather patterns occur from here.”

Regardless, conservative guidance was given for the current quarter:

First-quarter guidance had been set conservatively given the later Easter this year and unseasonably cold and the weather patterns seen through mid-March.

Same-store sales increased 2.4 percent compared to an increase of 0.1 percent during last year’s first quarter. Guidance had called for a low single-digit percentage increase. Comps were down 5 percent in February and 4 percent in March before rebounding to show a gain of 18 percent in April.

Gross margins eroded 90 basis points to 27.4 percent. The decrease was primarily due to an 80 basis point increase in distribution costs primarily as a result of higher shipping costs associated with strong e-commerce growth and a 70 basis point decrease in product margins due to higher markdowns. Those cost increases were only partially offset by 60 basis points of improved leverage of occupancy and buying costs.

SG&A expenses rose to 27.3 percent of sales from 27.2 percent a year ago. The overall increase of $1.9 million was due to an increase in store payroll of approximately $1.0 million due in part to minimum wage and annual merit increases and an increase in e-commerce marketing and fulfillment expenses of $800,000 tied to e-commerce growth.

Operating income tumbled 89.0 percent to $146,000 from $1.33 million. The decline was largely attributable to the increased costs associated with e-commerce growth and the minimum wage impact on store payroll that wasn’t fully offset by the comp growth. Operating income was expected to land between a loss of $0.4 million to income of approximately $1.2 million.

Thomas said footwear was again Tilly’s strongest performer with a low double-digit percentage comp sales increase over last year. Men’s, accessories and boys were all up low-single digits. Girls and women’s were down mid-to-high-single digits with weakness in fashion tops and dresses. Fashion bottoms and swimwear were also weak within women’s.

In the Q&A session, Thomas said women’s has been softer than planned and the company feels the mix had “too many crop tops.” Adjustments have been made and women’s comps are expected to turn positive as Tilly’s heads into back-to-school selling. Thomas also said Tilly’s continues to see “good momentum in shoes, and pretty much across the board in most men’s categories.”

Most of the questions pertained to the weak start to the second quarter and Tilly’s officials stressed that it appeared weather-related. Mike Henry, CFO, said shorts, swim and sandals were “all meaningfully down” in May. The worst regions were Northern California and Midwest, both down about 10 percent; Southern California, down 8 percent; and the Northeast, off in the teens until this past week.

Added Thomas, “The inventory is as clean as it’s ever been right now. So that’s a good thing. So despite the challenges of top-line, I’d feel pretty good about the composition of the inventory writedown.”

E-commerce is still expected to lead growth but was expected to slow from the 49.6 percent jump seen in the fourth quarter. E-commerce, however, is still less profitable than its stores. Said Henry, “The biggest issue for our business isn’t e-com, it’s stores. Stores need to have positive comps to drive better profitability in this business.”