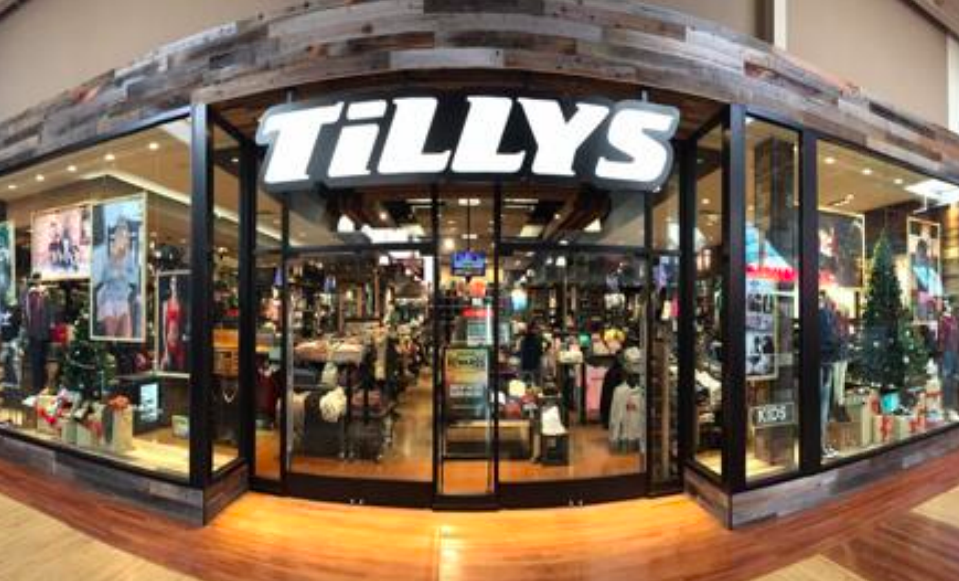 In the year-ago fourth quarter, online sales declined 12 percent due to disruptions caused by a transition to new omni-channel systems. But the combined two-year fourth quarter e-commerce comp of 37.6 percent still represented the best single quarter e-commerce comp for Tilly’s since Q111. Online sales represented approximately 20 percent of total sales in the latest quarter, compared to 14 percent share a year ago.

Comp sales in stores eased 0.9 percent, compared to being up 2.3 percent in last year’s fourth quarter. Traffic was up 1 percent. The year ended with 229 total stores, including four RSQ-branded pop-up stores, compared to 219 full-size stores at the end of 2017.

The overall 6.4 percent comp gain topped guidance between 2 to 5 percent.

“These fourth quarter results were largely driven by strength of our multi-branded assortment,” said Ed Thomas, president and CEO, on a conference call with analysts.

“Footwear was particularly strong with a 20 percent increase over last year,” said Thomas. “Men’s posted a high-single-digit percentage sales increase, driven mostly by branded graphic tees. Boys, women’s, and accessories were also positive. Girls was down high-single digits, primarily due to certain fashion trends that worked in women’s, but did not work well in girls.”

Total SG&A expenses were down slightly as a percent of sales to 24.2 percent from 24.3 percent due to sales leverage, but increased $1.2 million overall due to higher corporate bonus provisions of approximately $1.1 million associated with improved operating results for the year. SG&A also includes approximately $0.9 million of expense reductions from the negotiated resolution of certain vendor disputes.

Operating income was down slightly to $10.9 million from $11.4 million a year ago, primarily due to last year’s extra week of sales.

Net profits improved 29.9 percent to $8.7 million or 29 cents per share, and benefited from a reduction in income tax expense to 26.4 percent of pre-tax income, compared 43.5 percent last year due to the new corporate tax rates enacted in 2018. EPS came in above initial guidance of 22 to 26 cents.

For the current year, 10 to 15 new full-size stores are planned but the company is being selective around entering leases. Said Thomas, “Generally speaking, mall traffic is still down according to every industry report we read, and retailers are still closing stores, lease economics need to reflect that reality.”

One of its four RSQ pop-up shop closed with the expiration of the lease in February and no more openings are planned.

On marketing, a new VP of marketing with 16 years of experience at Mattel was recently hired to help drive brand awareness, traffic and customer loyalty. A new partnership was also formed with the High School Esports League, the largest Esports league at the high school level, encompassing approximately 1,200 schools nationwide. Tilly’s will donate an Esports academic scholarship and conduct a two-week, all-store augmented reality event this spring with prizes to support the partnership.

Said Thomas, “Esports are growing at a tremendous rate, particularly among some of our key target demographics. And we believe Tilly’s is well positioned to support this emerging and highly popular activity, while also driving additional customer engagement for us. Another key focus for us in fiscal 2019 is to continue to improve our customer-facing technologies.”

Other priorities for 2019 include the launch of an expanded loyalty program and enhanced mobile app, a buy-now, pay-later program, same-day delivery from select stores, and ship-to-store.

Total comps so far are down low-single digits in the first quarter. The decline was attributed to the later Easter and unseasonably cold and wet weather, particularly in California, where 95 of its stores are. Comps were positive the prior week and are expected to improve in the back half of the quarter as warm weather arrives.

Sales for the first quarter are projected to range from $128 million to $130 million based on an assumption of a low single-digit comp increase. Pre-tax operating results are expected to range from a loss of approximately $400,000 to income of approximately $1.2 million, and EPS to range from a loss of 1 cent to income of 3 cents. In the 2018 first quarter, net sales increased 0.1 percent, pre-tax income was $1.7 million, and EPS was 4 cents a share.

In the Q&A session, Thomas said the company expects to continue to see healthy double-digit gains in online sales for the current year with more efforts being made to rightsize inventories by channel and support delivery. Said Thomas, “We’ve claimed that most of the issues we experienced last year in the fourth quarter related to omni-channel, and that’s helped us optimize our inventory as it relates to e-com sales. And, we’re seeing enough positive signs there and momentum where we expect it to continue very strong.”

Tilly’s hopes to pick up some market share in women’s with the exit of Charlotte Russe and the CEO suspects the chain will find opportunities to benefit with a number of other store closings expected. Said Thomas, “I see it as an opportunity, but there’s going to be a gradual pickup of market share, and it’s not going to happen overnight.”

Michael Henry, CFO, noted that while Tilly’s operating margin improved to 5.3 percent last year from low-single digits when he and Thomas joined the retailer about four years ago, the company is still short of its long-term goal of a high-single digit margin because of lagging top-line growth. Said Henry, “We can’t kind of cut expenses and save our way there. It’s got to come from better top-line productivity to get there, but we still believe we can do it.” 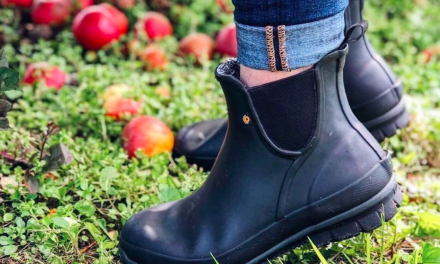 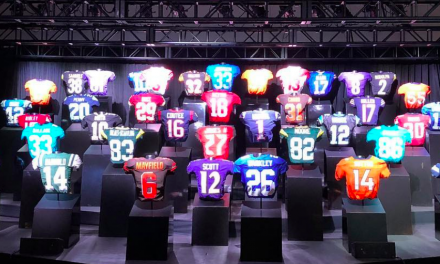 The Buckle Comps Trip 3.5% in August