Thule Group AB reported its first quarter sales reached SEK1.37 billion ($165 mm), up 27.1 percent, or 11.5 percent in currency-neutral (c-n) terms as strong growth in Europe and the Rest of the World greatly outpaced growth in the Americas.

Positive currency effects contributed to the increased net sales, while the cost of goods sold was negatively affected by the fact that goods purchased mainly in U.S. dollars were sold primarily in the European market. Accordingly, currency effects were slightly negative for underlying EBIT during the quarter, as they had been a year earlier.

Demand lags in the Americas
“In the Americas region, the trend in the sport and outdoor market was slightly weaker,” said Thule Group President and CEO Magnus Welander. “In addition, in this region, the Bags for Electronic Devices category accounts for a larger proportion of our sales than it does in Europe & ROW and, as previously announced, we expect the new products launched in autumn 2014 and those being launched in spring 2015 in this category to be able to start creating growth in the second half of 2015.”

In Thule's Specialty segment, sales increased by 65.2 percent during the quarter (33.4 percent c-n) thanks primarily to snow chain sales in Europe. Following a full year with extremely little snow in 2014, in the Central European markets winter conditions normalized in the first quarter which translated into increased sales. Underlying EBIT increased to SEK16 million, compared to a 6 percent decline in the first quarter of 2014.

Some Sinister Plans in Store for Bike Maker… 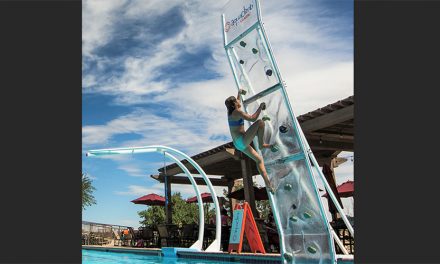