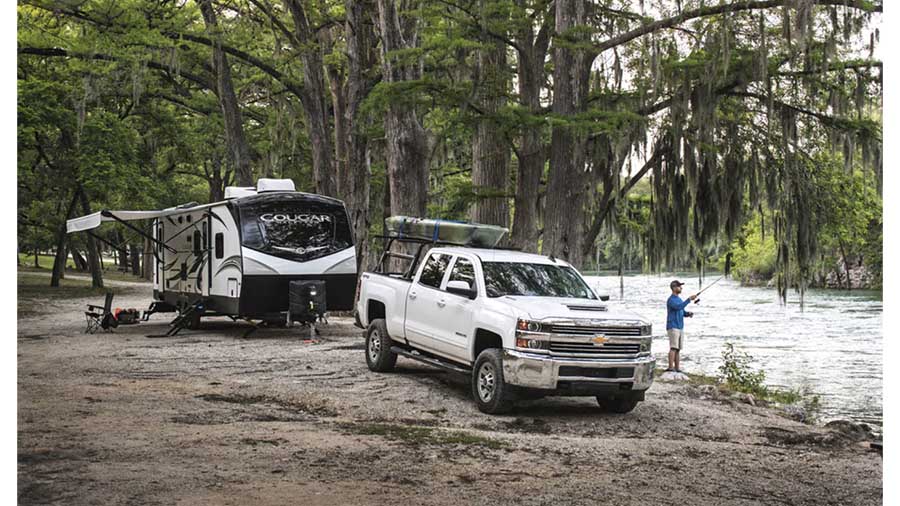 “We posted record results in our third fiscal quarter, achieving both the highest quarterly net sales and net income figures in the history of Thor Industries. These results show that growth continued unabated after the initial temporary shutdown of our dealers and Thor Industries’ production lines in late March through the end of April of last year due to the pandemic. We have increased our production levels, often with modest capital expenditures, and intend to continue to increase production levels to address the ongoing, robust consumer and dealer demand for Thor Industries RV products, while also managing through continuing supply chain challenges,” said Bob Martin, President and CEO, Thor Industries.

“Demand for our products continues to grow at both the retail and wholesale levels. While our pace of production and shipments has accelerated, demand is so high that independent dealer inventories of Thor Industries products continue to decline while dealer sales are increasing. This increasing consumer demand has driven our order backlog to more than $14 billion at the end of the quarter and includes units that will be needed to restock depleted dealer inventories. Since a significant number of units in our backlog have already been retail sold, we currently believe the restocking cycle will extend well into calendar 2022,” said Martin.

Third-Quarter Financial Results
Increases in year-over-year financial results for the company’s third quarter of fiscal 2021 are primarily attributable to strong demand in the current-year period and the negative impact of the COVID-19 pandemic in the prior year, which began in the middle of the prior-year third quarter and resulted in 6 to 8 weeks of production shutdowns at most of our facilities.

Consolidated gross profit margin increased 240 basis points to 14.6 percent for the third quarter of fiscal 2021, compared to 12.2 percent in the corresponding period a year ago. The increase in the consolidated gross profit percentage was primarily due to the impact of the increase in net sales in the current-year period compared to the prior-year period and the realization of strategic initiatives designed to improve our margins.

“Our third-quarter results reflect the continued strong demand for our RVs and the fact that we increased production volumes in each of our business segments to address the increased demand from our dealers. Our ability to ramp up production to address the increased demand from our dealers is reflected in our record results. For the third quarter of fiscal 2021, unit shipments increased by 113 percent for our North American Towable segment, 148 percent for our North American Motorized segment and nearly 34 percent for our European RV segment. While we reported excellent results, the supply chain continues to be a constraint for the RV industry and Thor Industries alike, limiting our ability to further increase production to meet increased levels of dealer demand. Thor Industries is implementing various supply chain strategies to minimize these constraints while also working closely with our suppliers,” said Colleen Zuhl, Thor Industries’ senior vice president and chief financial officer.

“Working capital has increased year-to-date due to higher levels of accounts receivable as a result of strong sales, more unfinished units due to supply chain constraints, the introduction of new models which necessitate higher levels of on-hand raw materials including chassis, and the higher production rates which also necessitate higher levels of on-hand inventory. Year-to-date we have generated strong operating cash flows of $175.1 million even with the increase in working capital. We also successfully repriced our Senior Secured Term Loan B facility, which we estimate will generate cash interest savings of approximately $13 million on an annualized basis. We continue to effectively manage our balance sheet and liquidity with cash of $294.6 million and availability under our asset-based revolving credit facility of approximately $610 million as of April 30, 2021,” concluded Zuhl.

Outlook
“We continue to see robust demand for our RVs and see no signs of demand slowing even as the economy recovers from the pandemic. The most recent RVIA forecast projects total North American wholesale RV shipments of approximately 576,100 units in calendar year 2021, representing an increase of 33.8 percent over 2020. We are focused on strategically increasing capacity and maximizing production efficiencies to fulfill the growing demand from our dealers. Ultimately, however, the number of Thor Industries units shipped in both fiscal and calendar 2021 depends on our ability to manage through the ongoing global supply chain issues. We have numerous team members throughout the organization focused on resolving near-term supply chain shortages while also pursuing long-term solutions to avoid potential future issues,” said Martin.

“This is the first quarter in which Tiffin Group was fully included in our quarterly results, and I’d like to say that we are very pleased with the acquisition and with the Tiffin Team. The integration is going as planned, and we see a bright future for our combined companies.

“Looking ahead, we expect long-term health in the RV industry. We see the increased interest in the outdoors and RV lifestyle as a fundamental shift in consumer preferences, a shift that began before the pandemic and picked up steam over the last year. It is a trend we believe will continue to grow throughout our global marketspace. As one example of the underlying data supporting our optimism, we are seeing growth in two areas that have historically been frequent paths-to-purchase for the first-time RV buyer; outdoor camping and RV rentals. In its recently released 2021 annual camping report, Kampgrounds of America (“KOA”) estimated that there were more than 10 million new households camping in calendar 2020 and estimated that an additional 4.3 million people will try camping in 2021 for the first time. KOA also projects that there will be 52.6 million camping households in 2021. In addition to new campers, the industry saw a sizeable increase in the number of RV rentals in 2020. The findings of Thor Industries 2020 RV Rental Study support the belief that those who rent an RV have a high propensity to eventually purchase an RV. These indicators, when combined with our robust order backlog and the historical 3 to 5-year trade-in cycle of current RV owners, reaffirm our belief that strong demand for Thor Industries products is sustainable over the coming months and years,” concluded Martin.